We are a daring team and we like to play with the ball: Jaime Santos Colado 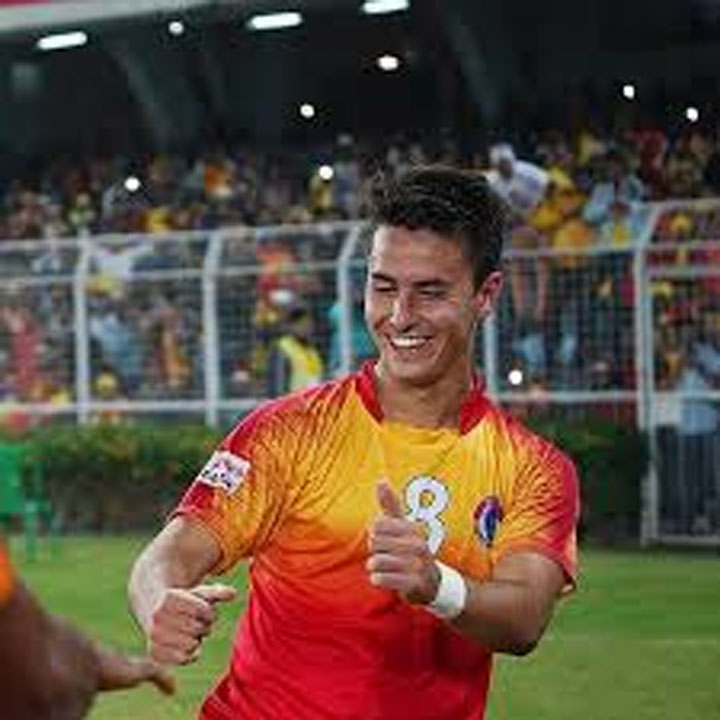 Jaime Santos Colado believes East Bengal have the quality to break the I-League jinx. The red and gold brigade hasn’t won the title since the National Football League changed its garb to the I-League in 2007-08.

“We have a very good squad and will fight for the championship. If everything goes according to our plans, we can reach the target,” Jaime told The Telegraph. East Bengal finished second to Chennai City FC in the last edition.

Jaime said they are well prepared for the league. “We started our preparations long back and we are ready to give our best. The team has many qualities that we must show on the field. I expect better performance than we had last year.”

“The League will tell us where all we have to improve. At this moment a few weaknesses persist but I hope we will overcome all those,” he said.

Jaime also thanked coach Alejandro Menendez Garcia for his efforts in helping the team. “He is a great coach. And under him the evolution of the squad has been incredible,” he said.

Each team has its own style, East Bengal are no different. When asked about their approach, Jaime said: “We are a daring team and we like to play with the ball.”

The Spanish midfielder did well in the last season and Jaime knows there is lot of expectations. “My responsibility is to help the team as much as possible and take a step forward in complicated situations. It is my second year and I like having that responsibility,” he said.

East Bengal will begin their league campaign on Wednesday against Real Kashmir FC.

Jaime feels their first game is not going to be easy. “Our aim is to make a winning start. Real Kashmir FC have some very good players and they will make things very tough for us,” said the man, who loves to watch Lionel Messi dribble past defenders.

“The league is going to be very close and competitive this time. I expect a difficult and very physical competition.”

East Bengal will play all their home matches except the Derbies at the Kalyani Stadium.

Asked whether he would miss playing at the Salt Lake Stadium, Jaime said: “I would love to play at Salt Lake Stadium but wherever we are asked to play, we will. I am confident that Kalyani Stadium will be a full house during our matches.”

Jaime combined well with Joby Justin, who is now with ISL side ATK, last season. Asked whether he would miss Joby this season, Jaime said: “He is my favourite Indian player and also a good friend. He is a great companion. But there are other Indian players who are also my favourite.”