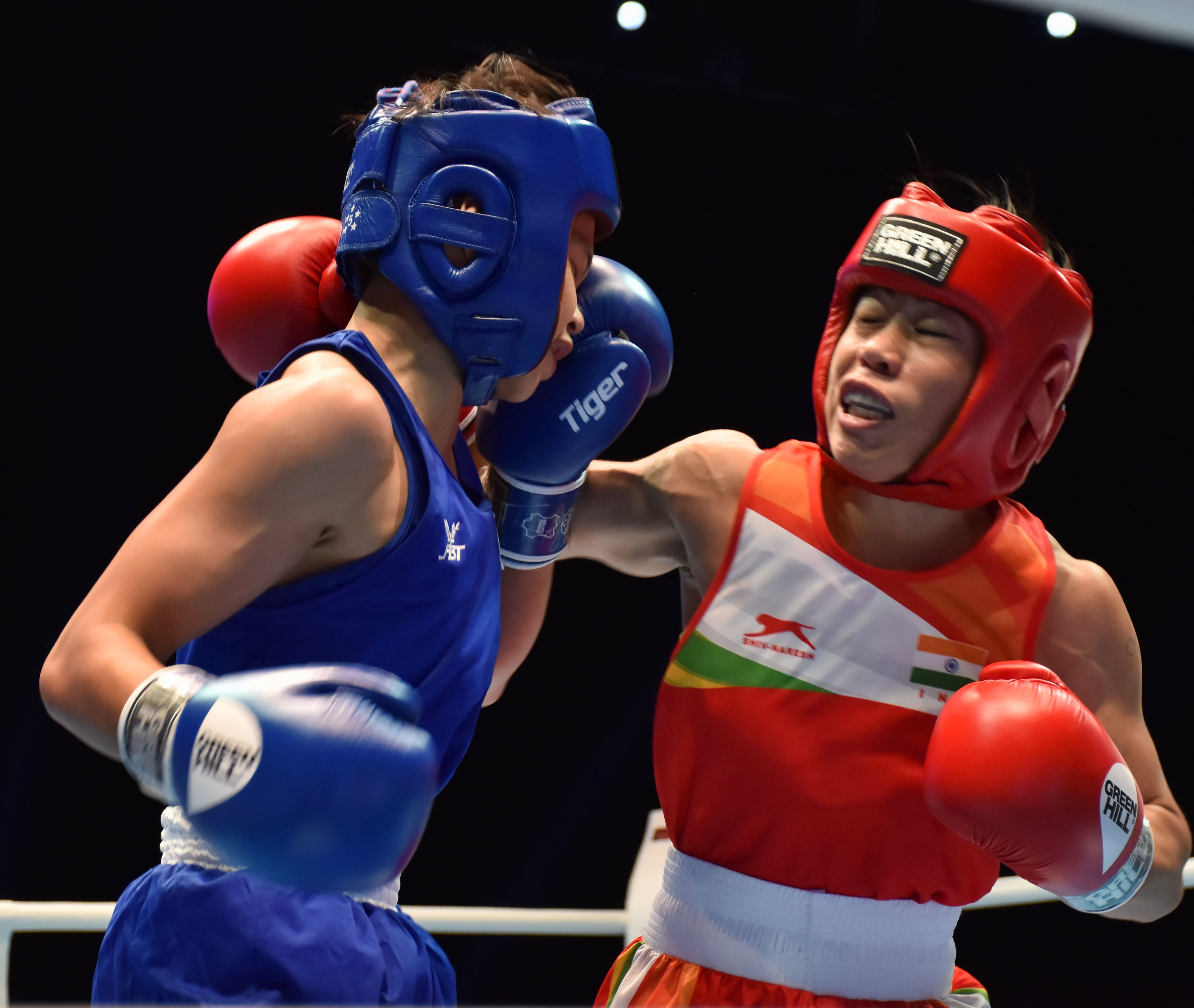 Six-time champion MC Mary Kom (51kg), on Tuesday, advanced to the quarter finals of the World Women’s Boxing Championships, after a hard-fought victory in the last-16 stage here.

The 36-year-old Mary Kom triumphed 5-0 against Thailand’s Jutamas Jitpong, a spunky boxer who kept the veteran on her toes with an aggressive approach, but just didn’t connect enough.

The third-seeded Indian, who got a bye in the opening round, spent the first three minutes getting a good measure of her opponent before taking control of the proceedings.

Chasing her first world medal in the 51kg division, Mary Kom picked up pace in the second round and was especially sharp with her counter-attacks.

However, there was disappointment for India when former silver-medallist Saweety Boora (75kg) lost her pre-quarter final bout in a split decision despite a valiant fight.

Boora was up against second-seeded Welshwoman Lauren Price. Price is a European Games gold-medallist and fetched a bronze in the last edition of the world showpiece.

She is also the reigning Commonwealth Games champion besides, being a three-time bronze-medallist at the European Championships.

With a fancied opponent like Price, it was never going to be easy for the Indian but she put her best foot forward. Boora seemed unfazed by her rival’s reputation and managed to match her punch for punch for most part of the bout.

However, in the final analysis, the judges ruled 3-1 in Price’s favour.