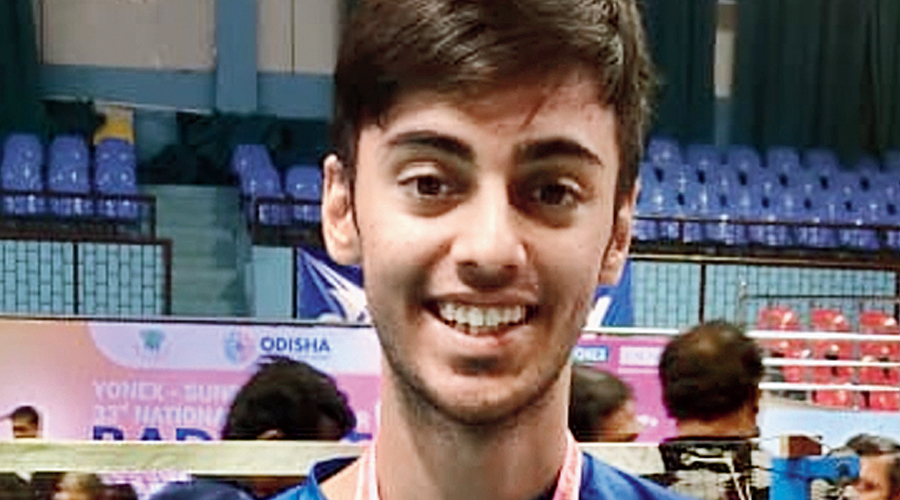 In 2016, he was a young autograph hunter, trying to get one from his hero Lin Dan during the India Open in New Delhi. But now, badminton means a lot more to the 17-year-old Varun Kapur than just being a fan.

On Tuesday, when the BWF World Rankings were released, the Indian teenager found his name at second spot in the junior rankings. Mads Juel Moller of Denmark occupied the No.1 spot.

So how does it feel to be the No. 2 in the world in his age group? “It makes me very happy and tells me that my hard work is paying off. But I don’t want to get complacent. I only want to get better and be No. 1. My goal now is to make a smooth transition into the senior category,” Varun told The Telegraph.

Back after a long pandemic-induced break, Varun, who trains at the Nikhil Kanetkar Badminton Academy in Pune under Kanetkar and Mayank Gole, clinched the under-19 boys’ singles title at the XII Portuguese International Junior Tournament at Caldas da Rainha, Portugal, in November 2020. This was his sixth junior international title.

The talented youngster reached six finals on the BWF junior circuit in 2019, finding success at the Valamar Junior Open, the Cyprus Junior and the Lithuanian Junior.

Varun, originally from Calcutta, started playing badminton as a six-year-old, when he used to accompany his father, Rohit, to the Saturday Club. He was 11 when he shifted to Pune for training.

While India does have a fair share of badminton stars, Varun’s hero is the iconic Lin Dan. “My role model is Lin Dan. I enjoy watching him play. I admire his aggressive style,” he added.

The pandemic did change things for the youngster. “I would do a lot of reading. I cooked. As there was no place open to train with other players, I often shadow practised at home. I did my regular exercises for strength, agility and endurance.”

Kanetkar has words of praise for his ward: “I think Varun’s strongest point is his self-belief. This rank of world No.2 is a great achievement.”