He was dropped on Monday night from the game against Rajasthan Royals, which they won by seven wickets 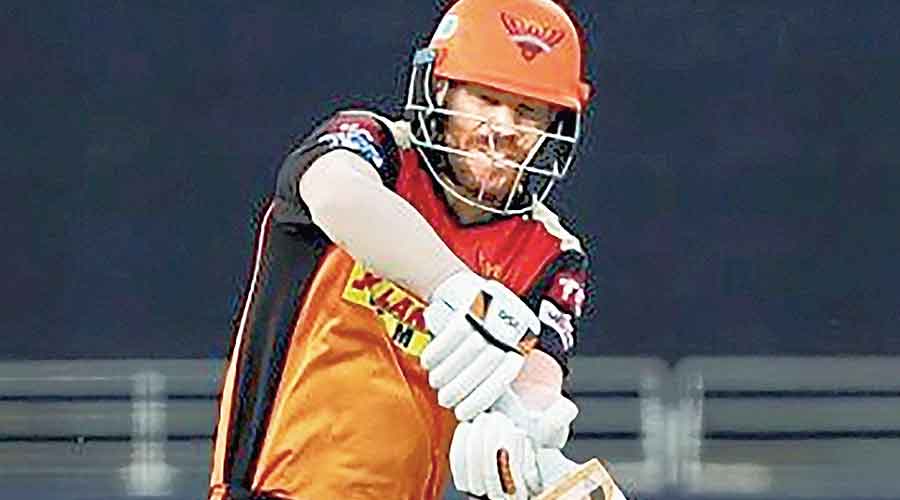 Sunrisers Hyderabad’s big-hitting opener David Warner, who has been dropped from the playing XI because of poor form, has said that he won’t be seen at the stadium “again”, hinting that his stint with the struggling franchise could be over.

Warner was dropped on Monday night from the game against Rajasthan Royals, which they won by seven wickets. The franchise has battled a poor run with only two wins from 10 games, which has left them at the bottom of the points table and virtually out of contention for a playoffs berth.

Warner’s absence from the team dugout did not go unnoticed and fans wondered about his whereabouts in an Instagram post by the franchise.

Responding to the queries on whether he was present in the stadium, Warner posted, “Unfortunately won’t be again but keep supporting, please.”

David Warner’s reply to an SRH fan’s comment on Instagram, which has led to speculation that his stint with the IPL team may have come to an end.
The Telegraph

This year hasn’t been worth remembering though. He started the season as captain, gave it up because of poor form and then lost his place in the XI. On Monday, he was left to cheering his side on from the hotel room.

Head coach Trevor Bayliss confirmed Warner was supporting his teammates from the hotel but also provided a reason for it. “Dave obviously was watching the game at the hotel and giving his support to the boys. We’re all in this together,” he said.

The development has raised speculation that this might be the beginning of the end for Warner at the franchise. Bayliss said that was a decision to be made in the future.

“Look, that certainly hasn’t been discussed,” the head coach said. “This is the last year before the major final (mega auction), those decisions will be made later. He (Warner) has been a great contributor to Sunrisers for a number of years and he’s very well respected. And with the amount of runs he has scored, I’m sure he has got a lot more runs in him in the IPL.”

Warner has been the franchise’s star opener for a number of years, having carried the weight of a fragile middle order single-handedly. He was the Orange Cap winner in 2015, 2017 and 2019.

Warner has been woefully out of form this season, having accumulated just 181 runs in eight matches so far at an average of 24.37. His strike rate (107.73), at present, is the lowest in all his IPL stints.

“We have a number of young players who haven’t even been to the ground, even as reserves, so we wanted to give them opportunity to come and experience a game. And that might continue for a few more games, we’ve got to sit down in a day or two and pick a team and a squad of 18,” Bayliss said.