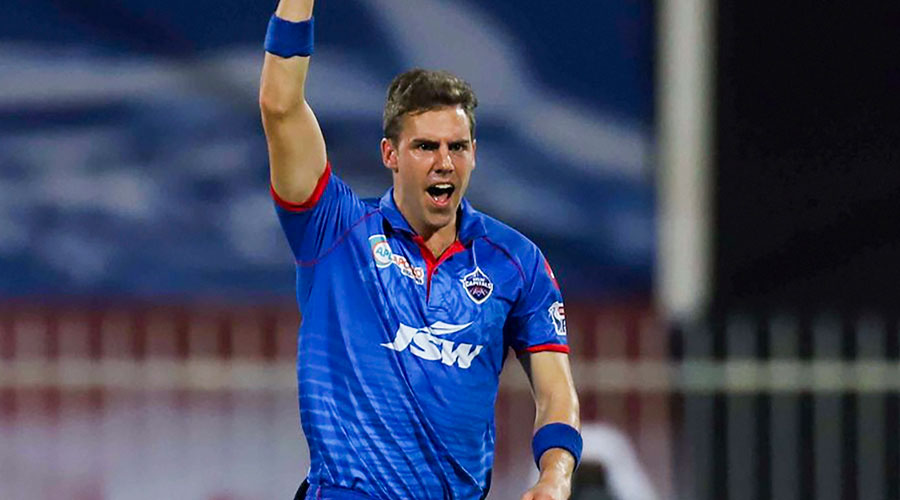 Staying confined to his hotel room for 10 days was “quite a lot” for him and Delhi Capitals fast bowler Anrich Nortje is hoping to get into the act straightaway against Punjab Kings in the IPL here on Sunday.

Nortje had to spend an extended period of time in quarantine due to a false positive result for Covid-19. However, the fast bowler re-joined the camp on Friday after testing negative thrice.

“Ten days in the room was quite a lot for me. It was nice to get out, run around and bowl a bit. I really enjoyed it and hopefully I can build it up from here on,” said Nortje in a press release issued by his franchise on Saturday.

Nortje is hopeful that the team would bring their A-game and make the best use of the conditions at the Wankhede. Punjab Kings were outplayed by Chennai Super Kings in their last match on Friday.

“There’s no team that’s got a bad team so every side is really competitive, and it can come off for anyone on any day. We are definitely not going to underestimate anyone and hopefully we can bring our A-game,” Nortje said.

Having missed the first two matches, Nortje is for hoping for a strong comeback after Thursday’s defeat against Rajasthan Royals.