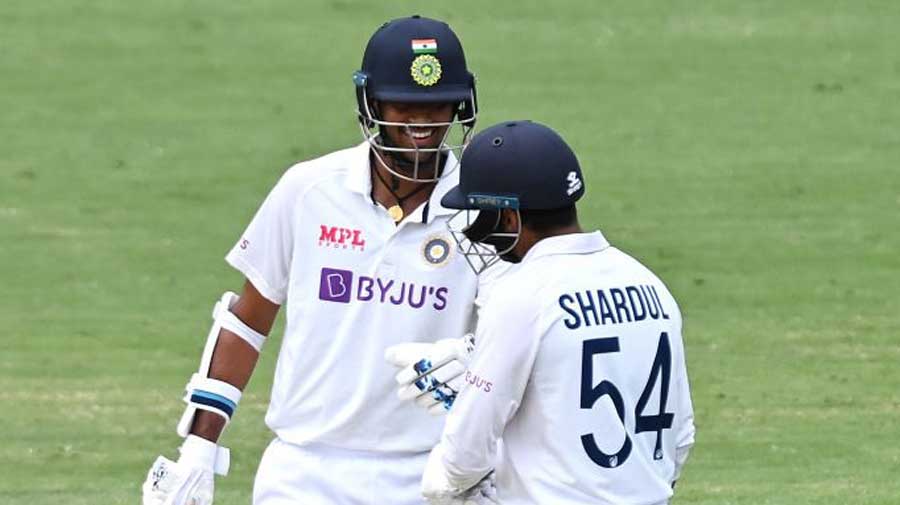 India’s ongoing Test series against Australia has been all about resistance and overcoming impossible-looking hurdles. They have been bruised and battered, the 36 in Adelaide being the lowest point, but after every fall, they have risen up stronger with a determination that is very rare when India plays cricket outside home.

Sunday in Brisbane witnessed yet another fightback from a resilient India in the face of adversity. After they had lost all their recognised batsmen to be precariously placed at 186/6, still 183 runs behind Australia’s first innings total, No.7 Washington Sundar and No.8 Shardul Thakur stood up defiant to collaborate for a 123-run partnership and pulled back their team right into the contest in the final Test of the Border-Gavaskar series.

India finally folded for 336 in their first innings, yielding just a 33-run lead to the hosts. At stumps on Sunday, Australia were 21 without loss in their second essay, with an overall lead of 54.
With two more days of play left, the match can swing either way.

This is Sundar’s debut Test and Shardul’s second. Neither had the two batted together much in the past.

“I’ve not batted with him much before — once in a T20 match and then in a practice game. But both of us have the temperament to succeed at this level,” Shardul said at the virtual media conference after the third day’s play.

“Honestly, we were not looking at the scoreboard. The idea was to spend some time at the crease and play the ball according to its merit.”

There were hardly any cross-batted shots or wild swing of the bat by both players. Barring the manner in which he got dismissed by Pat Cummins later in the final session, Shardul’s knock featured very few false shots. As for Washington, the left-hander’s defence looked as solid as that of any other established batsman in the Indian batting order.

“The batsmanship has been a real standout as well as their application and concentration. They didn’t throw it away. Their partnership was outstanding, exactly what India needed at the time, which is what they’ve been able to produce in a few Test matches,” former Australia captain Ricky Ponting told cricket.com.au.

Elaborating on the conversations he had with Washington while out there in the middle, Shardul said: “We knew their bowlers were tiring a bit, so it was a matter of hanging in there for an hour or so. We knew we would probably be on top if we hung in.

“We were communicating really well with each other. If anyone of us played a rash shot, we immediately told each other to focus on the basics.”

They had to deal with verbal volleys as well from the Aussies. “The Australian players were trying to say something to me, but I just replied once or twice. I just kept on batting,” Shardul added.

Shardul emphasised on the significance India ‘A’ tours carry before a player’s transition to the national team. “The ‘A’ tours are meant for the second line-up. They have helped a lot. We were here in 2016.

“When you play them (‘A’ team tours), the transition from India A to India is not difficult. But then, how you execute your plan is what matters eventually,” he stated. 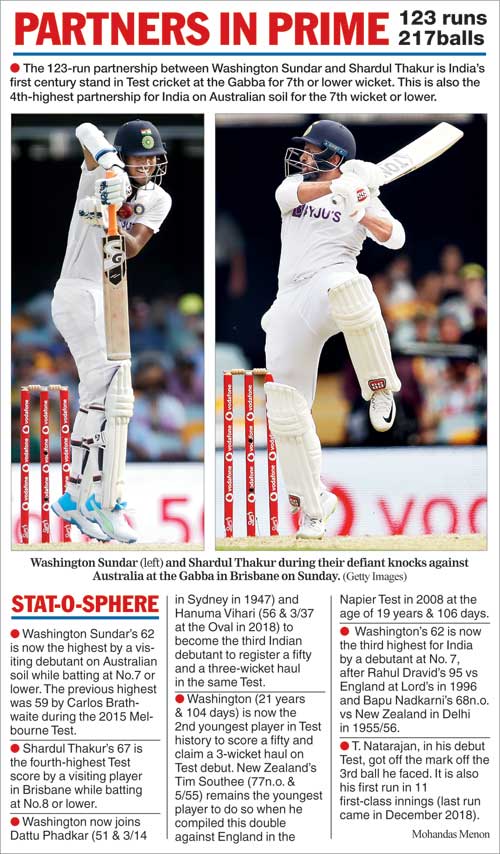