I’m not somebody who sets goals, says Dinesh Karthik 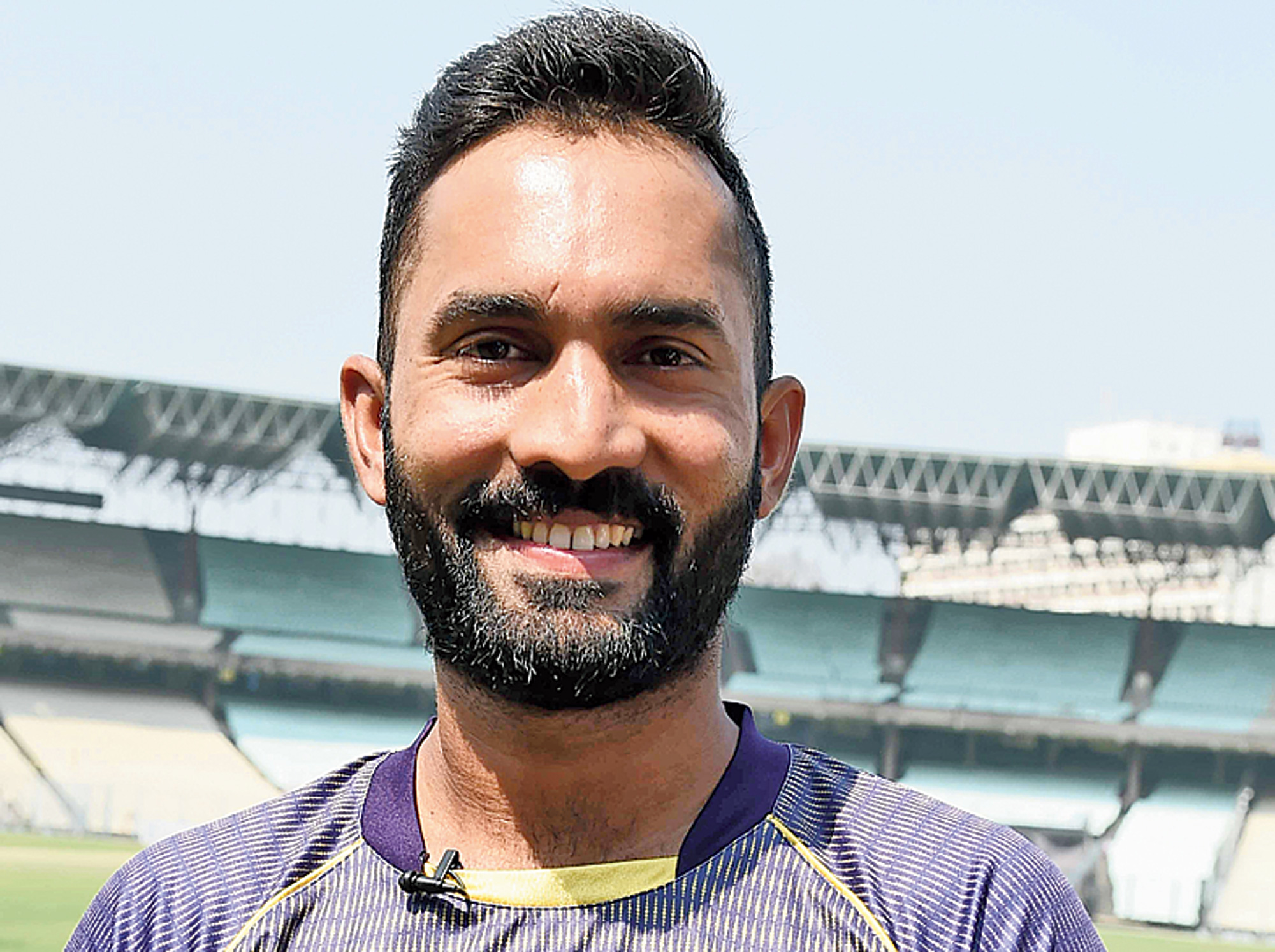 The World Cup is three-odd months away, but before that is the 12th edition of the Indian Premier League (IPL). And Kolkata Knight Riders (KKR) captain Dinesh Karthik thinks they have got a “more well-rounded team” this time.

Karthik, along with KKR CEO Venky Mysore and Abhishek Nayar, was in the city on Tuesday to give away the prizes in the Mayor’s Cup inter-school (U-15) cricket meet. The tournament was jointly organised by the Kolkata Municipal Corporation and the Cricket Association Bengal (CAB), in collaboration with KKR.

Speaking on the sidelines of the event, Karthik said: “It looks to be an interesting season ahead. We are slightly different as a team from last year. So, we are looking forward to it. “We have realised what we lacked last year and added resources accordingly… I would say we are a more well-rounded team this year.”

The wicketkeeper-batsman hasn’t been picked for the upcoming home ODI series against Australia and that does make things a bit tricky for him personally to make it to India’s World Cup-bound squad. While good performances in the IPL might come in handy, Karthik said that he doesn’t like setting goals.

“I am not somebody who sets goals… It’s not something that I have enjoyed doing. If we can go out there and put our best foot forward as a team, I will be more than happy.”

With 2019 being the year of general elections in the country, there’s no clarity yet on how and where the matches would be scheduled. While authorities have said that there are no plans to move the tournament out of India, chances are that the teams might have to play some of the matches at neutral venues.

Asked about that, Karthik replied: “If it happens so, I will definitely miss Calcutta… There’s a certain vibe at Eden Gardens… Playing in front of 60,000 people is special and it makes a massive difference.

“But it is perhaps too early to comment… If we do miss playing a few games here, I would miss Eden Gardens terribly.”

On the same topic, the franchise’s CEO said: “There is a strong possibility of teams not getting to play all their home matches at their home ground. But from what I hear, they (the BCCI) want to have the tournament in India only… So, there could be neutral venues in the country where some matches could be slotted.

“The BCCI did talk to us on the matter… The overwhelming view was that we should keep the matches in India. But there are practical issues… It’s a big year, an election year.

“However, in spite of elections, there are bound to be venues which are not as disruptive and so, some matches can be shifted to those venues. But let’s hope that somehow the dates align themselves in such a way that we have as many games as possible at the Eden.”

Asked if the BCCI has issued any instruction to the franchises to keep in mind the workload of India’s World Cup players, Mysore said: “We have got no such instruction from the BCCI. Plus, the IPL will finish early enough… May 12 is the date of the final, and India will play their first World Cup game on June 5. So, there’s enough of a gap.

“And anyway, cricketers and coaches always feel that playing competitive cricket is better than having net sessions. So hopefully, it’s all going to work out well.”

The KKR CEO said that the franchise hopes to do something to help the Pulwama terror attack victims’ families. “We have been obviously thinking about it. We do many things on a continuous basis… We have also got a CSR side to our activities. So, we are really looking to do something about it.”