The tournament will begin on October 17 in Oman and the UAE, with the final to be played in Dubai on November 14 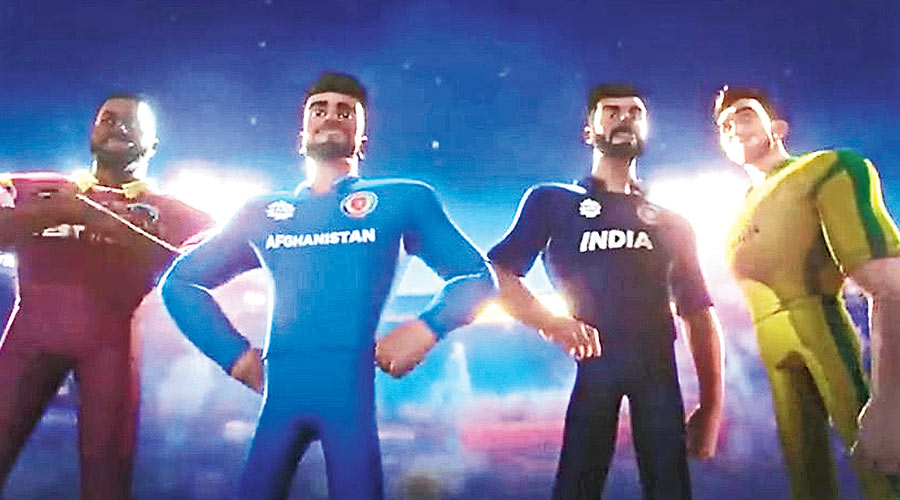 The tournament will begin on October 17 in Oman and the UAE, with the final to be played in Dubai on November 14.

Composed by Bollywood music director Amit Trivedi, the animation campaign film features young fans from all over the world engaged in T20I cricket and includes some of the sport’s biggest superstars. India captain Kohli leads the group of players brought to life as “avatars” that interact with each other throughout.

Kohli is joined by fellow captain Pollard of the reigning champions, West Indies, as well as Australian all-rounder Glenn Maxwell and Rashid Khan of Afghanistan.

The animation features a brand-new broadcast technology that blends both 3D and 2D effects to create the film. A production team of over 40 people, including designers, modellers, matte painters, animators, lighters, and compositors, worked round-the-clock to produce the final version which is of 1:30 minutes.

A total of 16 countries will compete in cricket’s biggest event since the Covid-19 pandemic broke. “There is something magical and special about putting on the West Indies jersey and stepping onto the field,” said Pollard.

“This upcoming World Cup will give us more special moments. We know our fans will be fully engaged, watching, and supporting and we want to give them plenty to cheer about,” he added.

Composer Trivedi, known for his work on films such as Aamir, Dev.D, Kai Po Che! and last year’s Gunjan Saxena: The Kargil Girl, was quoted by Pinkvilla as saying: “Cricket has been my favourite sport and it was a pleasure to create the anthem for ICC T20 World Cup. The track is quite upbeat, and I hope it resonates well with the youth and cricket fans. I can’t wait for the tournament to begin and hope India can bring the trophy back home.”

Claire Furlong, ICC general manager, marketing and communications, said: “Cricket has more than a billion fans around the world, and we wanted to put our young fans in the heart of the action alongside their heroes and allow them to live the game.”