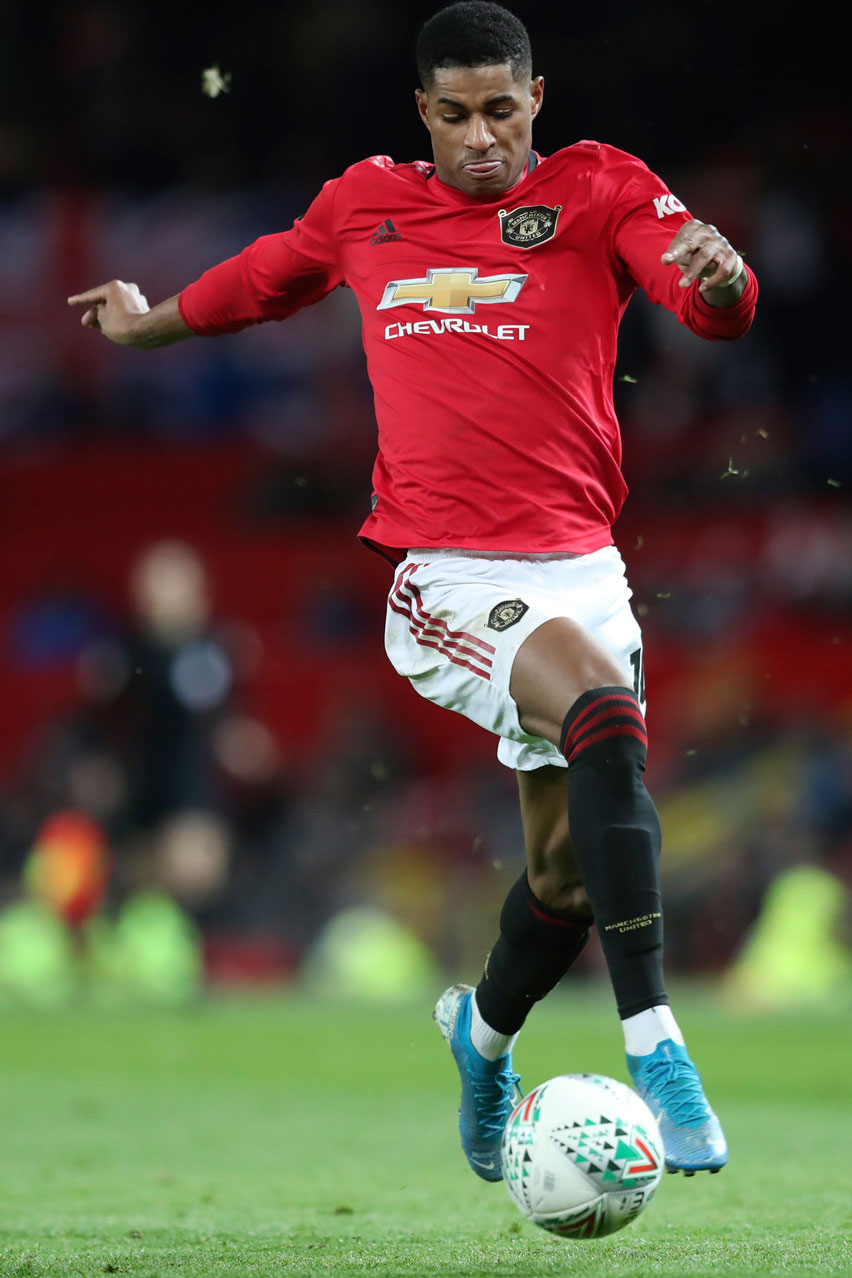 Manchester United’s Marcus Rashford would be raring to repeat his EPL debut performance against Arsenal when these two clubs meet at The Emirates Stadium
(AP)
Agencies   |   London   |   Published 31.12.19, 09:23 PM

At the start of this decade, clashes between Arsenal and Manchester United were still potentially title-deciding affairs, but when the pair meet on New Year’s Day at the Emirates they will have more modest goals in mind.

United have not won a league title since Alex Ferguson’s final season in charge seven years ago, while Arsenal have to go back to 2004 for the last time they raised the Premier League trophy, during the reign of Arsene Wenger.

Both clubs entered this season hoping to finish in the top four, but while Ole Gunnar Solskjaer has guided United to fifth place, just a point off the Champions League spots, Arsenal languish in 12th, 11 points behind fourth-placed Chelsea after their home defeat to Frank Lampard’s side on Sunday.

Arsenal’s poor form led to the dismissal of their Spanish manager Unai Emery and the arrival of his compatriot, former Gunners midfielder Mikel Arteta.

Having left his role as Pep Guardiola’s assistant at Manchester City, Arteta is talking big despite beginning with a draw at Bournemouth before Sunday’s loss.

“We are the biggest football club in England, and we have to play a little bit with that arrogance, that belief,” Arteta told Sky Sports, urging the club’s fans to make the Emirates a fortress again.

“This stadium has to create fear again. I used to hate coming here as an opponent, and we need to use that power. The opponent must be uncomfortable playing here,” he said.

“It was incredible to play here as an Arsenal player. It’s one of the most beautiful, exciting stadiums in the world. When this crowd gets going, and you feel them right behind the team, it’s an incredible place,” he added.

United head to London on the back of wins over Newcastle and Burnley, and with French forward Anthony Martial and England’s Marcus Rashford having struck five times in those games.

Midfielder Paul Pogba is set to return for the game, manager Solskjaer has said.

The France international returned from a long injury layoff as a substitute in a 0-2 defeat at Watford on December 22 and played 45 minutes in the 4-1 win over Newcastle United on Boxing Day.

Pogba felt pain in his ankle after the Newcastle game but Solskjaer said the 26-year-old would be ready for Arsenal.

“He’s been out for a long while and he didn't feel right,” Solskjaer told reporters. “When you’ve been out for such a while it’s always going to take time until you’re 100 per cent.

“He wasn’t ready (to face Burnley) because he’s not really done too many games and he’s had two in a few days and he just needed another day’s recovery.”

Brendan Rodgers’ Foxes are at Newcastle, while third-placed Manchester City have a tricky test at home to Everton, who have won both their games since appointing Carlo Ancelotti as their new manager.