Fab 4 pack a punch for Tokyo 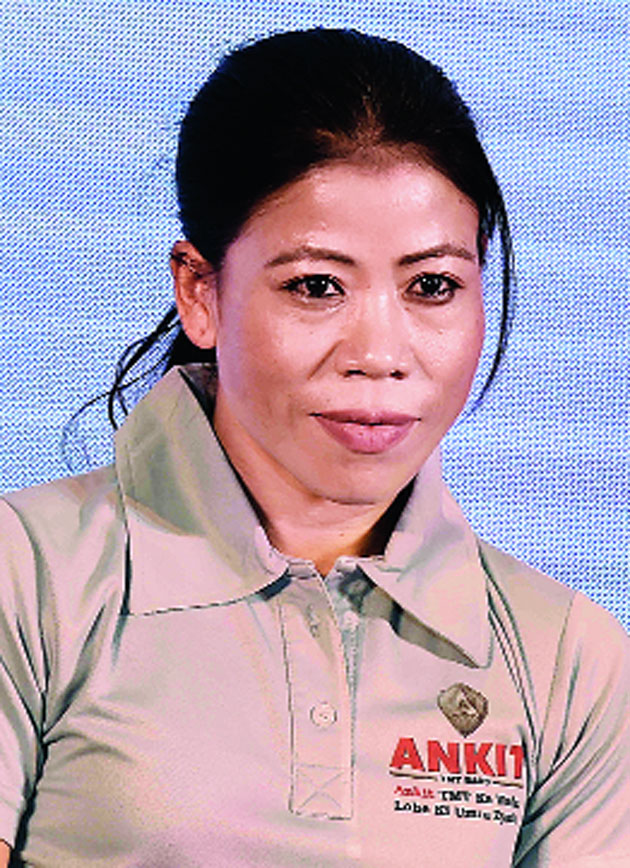 Indian athletes who have already qualified for the Tokyo Olympics are keeping their chin up amid assertions by the Games bosses that the event, now scheduled for July 2021, would be cancelled if the pandemic isn’t brought under control by next year.

Take the Indian boxers, for instance. Nine of them — five men and four women — have already qualified for the Games, making this India’s biggest-ever boxing contingent to the Olympics.

So how are the boxers going about their training? What is being done to keep them fit and motivated?

“The Boxing Federation of India is going all out to keep the boxers in shape and mentally alert. A complete package of online practice and guidance for them has been devised,” women’s national coach Mohammed Ali Qamar, a resident of Calcutta, told The Telegraph.

“You could say that, in some ways, the camp itself is going on. The full daily schedule is being given to the boxers which they are instructed to strictly follow. Each coach has been assigned three boxers for personalised attention.

“Naturally, not all practice facilities are available at home. Hence, they are being told to make the most of whatever equipment they find. If they don’t have punching bags, they can use pads. If no pads are available, then do shadow practice.

“Their mental well-being and nutritional needs are also being monitored. They have to try and maintain their body weights as much as possible.”

Classes for male boxers are being conducted by high performance director Santiago Nieva, while for the women Rafaelle Bergamasco is in charge. The classes include detailed direction on the tactics and technicalities of the game.

Qamar, the first Indian pugilist to have won a gold at the Commonwealth Games, in Manchester in 2002, looks on the postponement of the Games as a boon for the boxers. “Look, in March there was the Asia-Oceania Olympic Qualifiers in Amman. The next qualifiers were scheduled for May. The Olympics were supposed to begin in July. Where would have been the time to go all out and train hard for the ones who made the cut?

“But now we will have the full year and more. We will be able to focus fully on the four who have already qualified — MC Mary Kom (51 kg), Simranjit Kaur (60kg), Lovlina Borgohain (69 kg) and Pooja Rani (75 kg). A fifth may be added to the list when the re-scheduled qualifier takes place.”

On a different note, Qamar, when asked why Bengal boxers are lagging behind, said: “Bengal is not doing too well, particularly the girls. But this is not to say that there is a lack of talent in the state. It is just that the youngsters are not receiving the right guidance.”

“A coach, in order to do justice to his job, needs to complete the NIS diploma course. But they often don’t and train the wards as per their whims and choice.

“Training cannot be arbitrary. A target has to be set, an annual calendar followed. Decisions have to be taken on when to follow the preparatory phase and when the competition phase. All such knowledge can be acquired only when the coach himself is trained and taught.

“The state association’s president or secretary must organise camps every 2-3 months, with say 20-25 boys and girls. That is how talent can be identified and nurtured.”

“Keep in mind,” says Qamar, “the standard of boxing has gone up and to compete with the best, one has to be adequately prepared.”