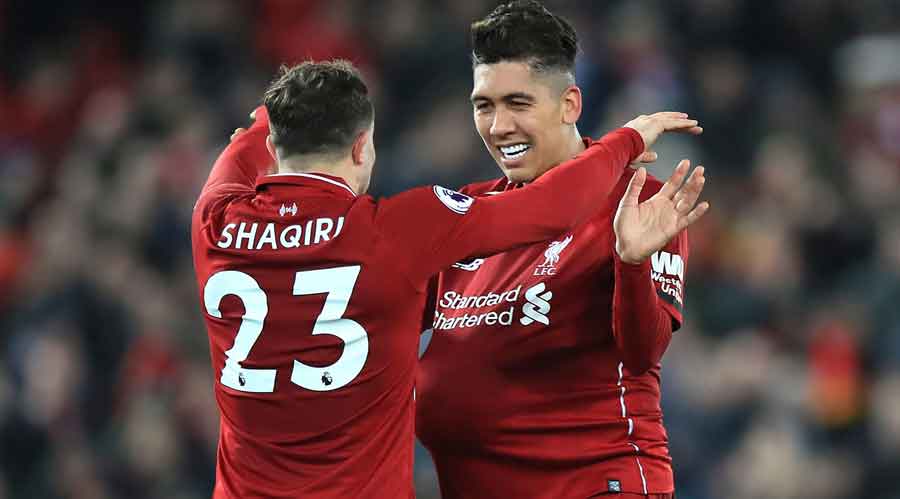 Xherdan Shaqiri scored two superb goals as Switzerland secured third place in Group A at Euro 2020 with a 3-1 win over Turkey, but they now face an anxious wait to see if they will reach the last 16.

The Swiss, who finished level on four points with Wales but behind on goal difference, will hope to secure a spot in the knockouts as one of the four best third-placed finishers from the six groups.

Turkey, who finished fourth with three defeats, were tipped pre-tournament as dark horses, but will head home after a dismal effort in the group stage.

The game encapsulated Turkey’s tournament, as they began full of fire and fury and started at a scintillating pace, only to collapse quickly as Switzerland outmanoeuvred them tactically to take an early lead.

The Swiss took the lead when Haris Seferovic received a pass from Steven Zuber on the edge of the area before rifling the ball into the bottom right corner in the sixth minute.

Turkey regrouped and tried again, but they went 0-2 when Zuber found Shaqiri in a similar position, and he curled an exquisite shot beyond the despairing dive of Ugurcan Cakir 20 minutes later.

Turkey had their chances, but Swiss ’keeper Yann Sommer made a string of superb first-half saves as they searched for their first goal of the tournament.

Irfan Kahveci salvaged some pride for the Turks in the 62nd minute with a spectacular strike from distance to reduce the deficit, but their shortcomings were shown up again when Shaqiri fired home to complete a surging counter-attack.

With Shaqiri withdrawn, Granit Xhaka hit a post with a free kick as Switzerland continued to chase the goals that might have enabled them to take second spot.

For Turkey it was a dispiriting end to the tournament, in stark contrast to an effective Swiss outfit that may just live to fight another day.

Turkey, who lost to Italy and Wales, went for a new-look midfield trio of Kaan Ayhan, Ozan Tufan and Irfan Can, with Hakan CalhanoÄŸlu occupying the left flank. But that was not enough.