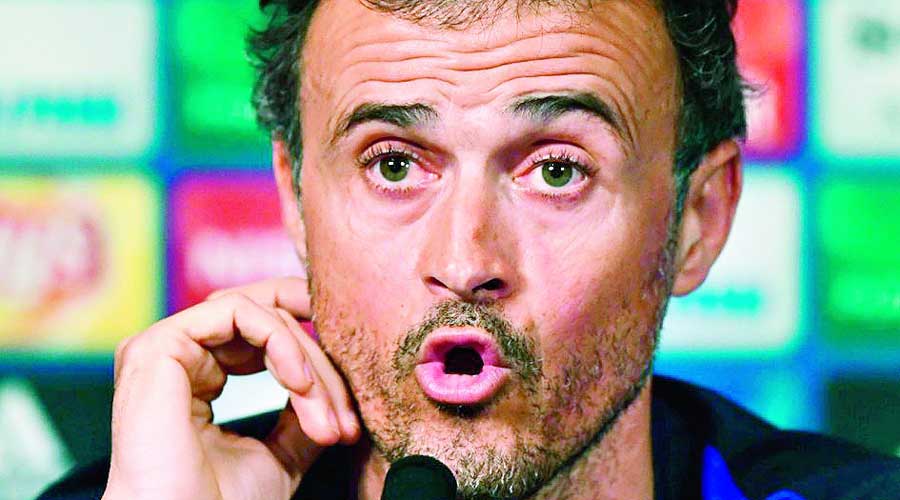 Spain coach Luis Enrique hailed his players’ character as the three-time European champions recovered from a nightmare start and then let slip a two-goal lead before finally beating Croatia 5-3 in extra time to reach the Euro 2020 quarter finals.

“It was a very intense game today that really had everything. Everyone saw our true team spirit,” Enrique told a news conference on Monday.

“When the word ego disappears and the word team appears, of course it’s fantastic to be part of a group like that. As it was with the boys.”

Spain had taken a 3-1 lead after an incredible error from keeper Unai Simon saw them fall behind.

“They didn’t really create any chance, yet we conceded a goal. So when that happened, it felt very unfair and of course it can lead to a bit of shock for a few minutes,” Enrique said.

Croatia staged an astonishing comeback with goals in the 85th minute and in added time, but Spain went on to score two goals in extra time.

“I am pleased we got a second chance,” the coach added. “It went crazy really after the 80th minute. Those final 10 minutes are something we have to learn from.”

Croatia manager Zlatko Dalic plans to stay at the helm of the national team in a bid to reach the 2022 World Cup in Qatar, despite coming under fire after the loss.

“I’ve made mistakes and I accept responsibility because at the end of the day I called the shots,” Dalic told a news conference in Croatia’s base camp of Rovinj on Tuesday.

“With hindsight I would have done some things differently. But the only thing on my mind now is qualifying for next year’s World Cup in Qatar, and a big game against Russia on September 1 is just around the corner.”