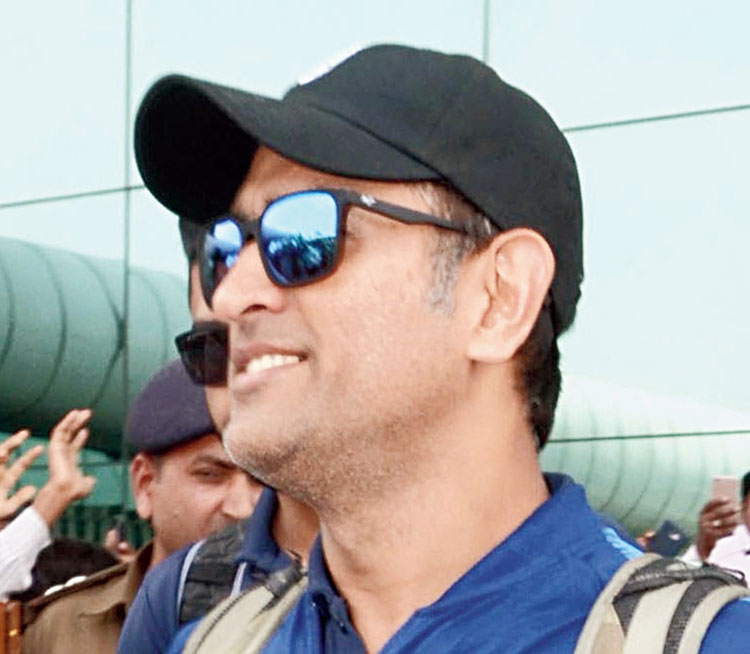 Come Friday the focus will be on Mahendra Singh Dhoni when India take on Australia in the third one-day International at the Jharkhand State Cricket Association (JSCA) International Cricket Stadium in Ranchi.

The former India captain could be playing his final International match at his home ground and the cricket-crazy public in his hometown will be hoping for a special performance from him. Not many are willing to miss Ranchi’s poster boy’s homecoming.

He remained the cynosure on arrival at the airport on Wednesday. And when the Indians get down to nets on the match-eve, thousands will be hoping to catch a glimpse of him in and around the stadium.

Dhoni is also inching closer to another landmark. He’s only 33 short of reaching 17,000 runs in International cricket, having accumulated 16,967 runs so far.

Dhoni though has politely declined to inaugurate the pavilion named after him at the stadium.

Just like the Sunil Gavaskar Stand at the Wankhede in Mumbai or the Virender Sehwag Gate at the Kotla in New Delhi, the JSCA Stadium will have its very own Mahendra Singh Dhoni Pavilion.

At the annual general meeting of the JSCA last year, the decision was taken that the North Block that comprises media enclosure as well as the VIP boxes would be named after Dhoni.

The top order, barring Shikhar Dhawan, have been among runs and the bowlers, especially Mohammed Shami and Kuldeep Yadav, have made the Australians struggle for runs.

Dhawan’s form hasn’t sent the alarm bells ringing but the team management will only be hoping that he returns among runs at the earliest.

India’s openers, meanwhile, average only 33 this year — compared to 40-plus averages in the past five years — and Dhawan’s lean patch has somewhat contributed to the dip.

If pacer Nathan Coulter-Nile got him in the first ODI in Hyderabad for nought, it was part-time off-spin of Glenn Maxwell that became his undoing in the second game. He made just 21.

With only three ODIs remaining before India take on South Africa in their opening World Cup match on June 5 and KL Rahul breathing down his neck, Dhawan can’t afford to allow this lean phase to continue. Virat Kohli, on the eve of the opening ODI of the series, was particularly enthused about Rahul, saying his exquisite strokeplay had strengthened his case for the World Cup.

But it could be too early to assume Dhawan’s spot is in danger. Don’t forget he has been India’s most prolific batsman in ICC tournaments since the 2013 Champions Trophy, where he finished as the top run-getter.

This will be the fifth ODI to be played at the JSCA Stadium. The first ODI was held in January 19, 2013 when India defeated England by seven wickets. The next match in October 2013 against Australia yielded no result after rain played spoilsport at the start of India’s innings.

India won against Sri Lanka in November 2014, but lost to New Zealand in the last ODI at this venue in October 2016.