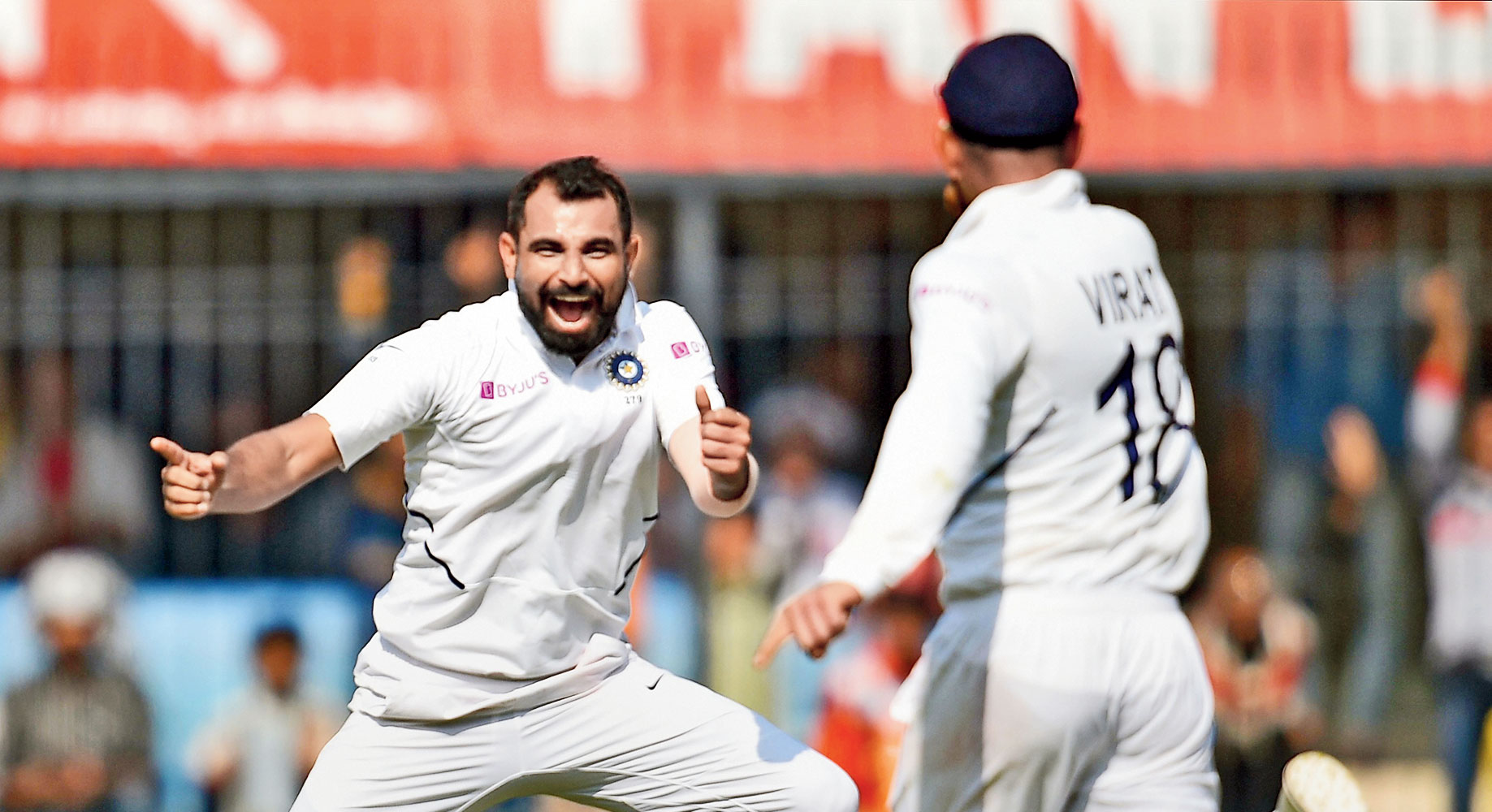 Mohammed Shami is getting better and stronger with every game.

For the India pacer, though, it’s all about bowling a line “as tight as possible” which helps him create pressure on the opposition and get timely wickets.

“I came to bowl one change, so I had to think of the conditions and the situation. My focus was to make the best use of them,” Shami told the official broadcaster after end of play on Day I of the first Test at the Holkar Stadium here.

Shami finished with three wickets conceding only 27 runs as Bangladesh were shot out for 150 in their first essay.

“My thought process is to bowl lines that are as tight as possible. That makes the job easier.

“I’ve been using the width of the crease for the last two years. Things are falling into place doing so,” he stressed.

Led by Shami, India’s quicks shared seven wickets among themselves in the first innings with the hosts firmly in the driving seat.

“When you take a wicket for India, you feel so well. When our unit, be it bowlers or batsmen, does well, we all enjoy and savour each other’s success,” Shami said.