Advertisement
Home / Sports / Cricket / No-balls: Tech it or miss it

No-balls: Tech it or miss it 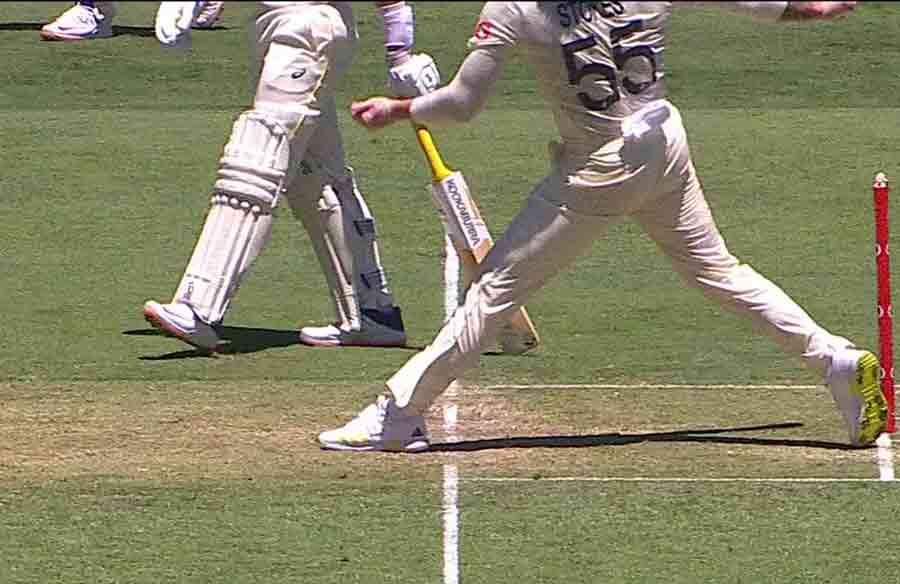 The International Cricket Council (ICC) expects technology that enables the third umpire to check for no-balls to be available for the remainder of the Ashes series after it broke down ahead of the ongoing first Test.

The ICC said that the England and Australia teams had been informed before the match at Brisbane’s Gabba that an equipment malfunction would mean a return to protocols used before the technology was introduced last year.

A no-ball call that denied England’s Ben Stokes a wicket on Thursday led to the revelation that the technology was not being used.

Stokes bowled David Warner — who was then on 17 — with the fourth delivery of his first Test after returning from a long layoff, but the Australian was reprieved when TV replays showed the bowler’s front foot had landed in front of the line of the return crease.

TV pictures showed his previous three deliveries would also have been no-balls but the all-rounder was unable to correct his run-up as they had not been called. Under pre-2020 protocols, on-field umpires call a no-ball if they see it but the position of the front foot will only be checked by the third umpire after a wicket falls.

Australian broadcaster Channel Seven later showed more than a dozen instances of Stokes over-stepping the mark on Thursday, suggesting the on-field umpires had got out of the habit of checking since the protocols changed.

Later, asked about getting bowled off a no-ball, Warner said: “You’ve got to try and keep your feet behind the line as a bowler.” Warner was finally dismissed for 94 on Thursday.

There were zero no-balls called in England’s first innings on Wednesday.