India did manage a 11-run win, thanks largely to Bumrah bowling in the death and Shami’s last-over hattrick 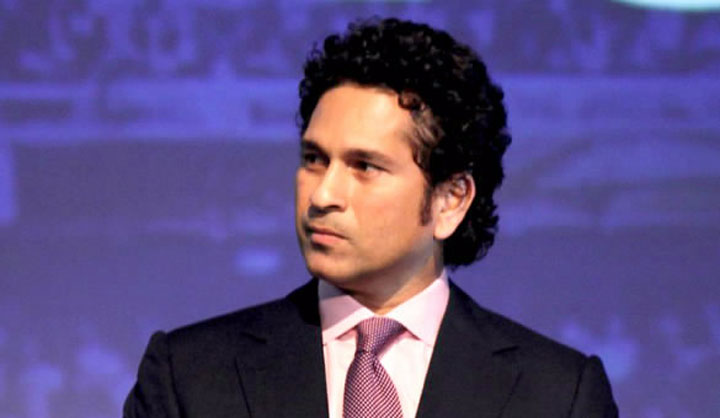 “There were more than 2-3 dot balls. After Virat got out in the 38th over and till the 45th over we hadn’t scored many runs. There were not enough outings for the middle-order batsmen, till now and that put pressure on them...” Sachin Tendulkar said.
(Wikimedia Commons)
TT Bureau   |   Calcutta   |   Published 23.06.19, 09:44 PM

The rather unexpected nail-biting finish to the India-Afghanistan match, in Southampton on Saturday, might have earned Afghanistan players admirers, but Sachin ‘The Master’ Tendulkar was rather displeased with compatriots Mahendra Singh Dhoni and Kedar Jadhav.

India did manage a 11-run win, thanks largely to Jasprit Bumrah bowling in the death and Mohammed Shami’s last-over hattrick. But Tendulkar was left disappointed by India’s slow batting display.

He said that the middle-order batsmen, including Dhoni and Jadhav, lacked positive intent during the tense clash.

“I felt slightly disappointed, it could have been much better. I was also not happy with the partnership between Kedar and Dhoni, it was very slow.

“We batted 34 overs of spin bowling and scored 119 runs. This was one area where we didn’t look comfortable at all. There was no positive intent,” Tendulkar told India Today.

India’s famed middle-order failed to counter the Afghanistan spinners as the Gulbadin Naib-led side restricted the two-time champions to only 224/8.

With 16 runs to get in the last over, Mohammed Nabi (52 off 55) came excruciatingly close to leading his side to their maiden victory in the tournament before Afghanistan were bowled out for 213.

Dhoni (24 off 36 balls) and Jadhav (31 off 48) added 57 runs off 84 balls for the fifth wicket, thus slowing down the proceedings considerably in the middle overs.

“There were more than 2-3 dot balls. After Virat got out in the 38th over and till the 45th over we hadn’t scored many runs. There were not enough outings for the middle-order batsmen, till now and that put pressure on them. But the intent could have been much better by the middle order batsmen,” Tendulkar said.

This was the first time India’s top-order failed in the tournament although skipper Virat Kohli scored 67.

Tendulkar hinted that senior player Dhoni should have taken charge as Jadhav’s batting was hardly tested in the tournament.

The Maharashtra batsman had faced just eight balls (against Pakistan) in the only tournament before the encounter against Afghanistan.

“Kedar Jadhav was under pressure, he had not had an outing up until now. He needed someone to take charge of the situation early on but that did not happen.

“Both Kedar and Dhoni were not able to play at the required strike rate that they would have wanted. Those in-between overs could have been better and that is why Kedar was under a bit of pressure,” Tendulkar said.

The BCCI also drew flak after a tweet from their official account used the word “thump” to describe India’s tense 11-run win over Afghanistan.

“And we march on - #TeamIndia thump Afghanistan by 11 runs,” BCCI tweeted.

Fans were quick to point out that the manner of the win did not deserve the adjective “thump”.

“Thump? That is hugely disingenuous to a team that pushed you to the last over. Well played Afghanistan and perhaps India can learn how to win graciously,” a fan tweeted.

“That’s not called “thump”. That’s called escaping by the skin of their teeth. Well played Afghanistan!” another tweet said.