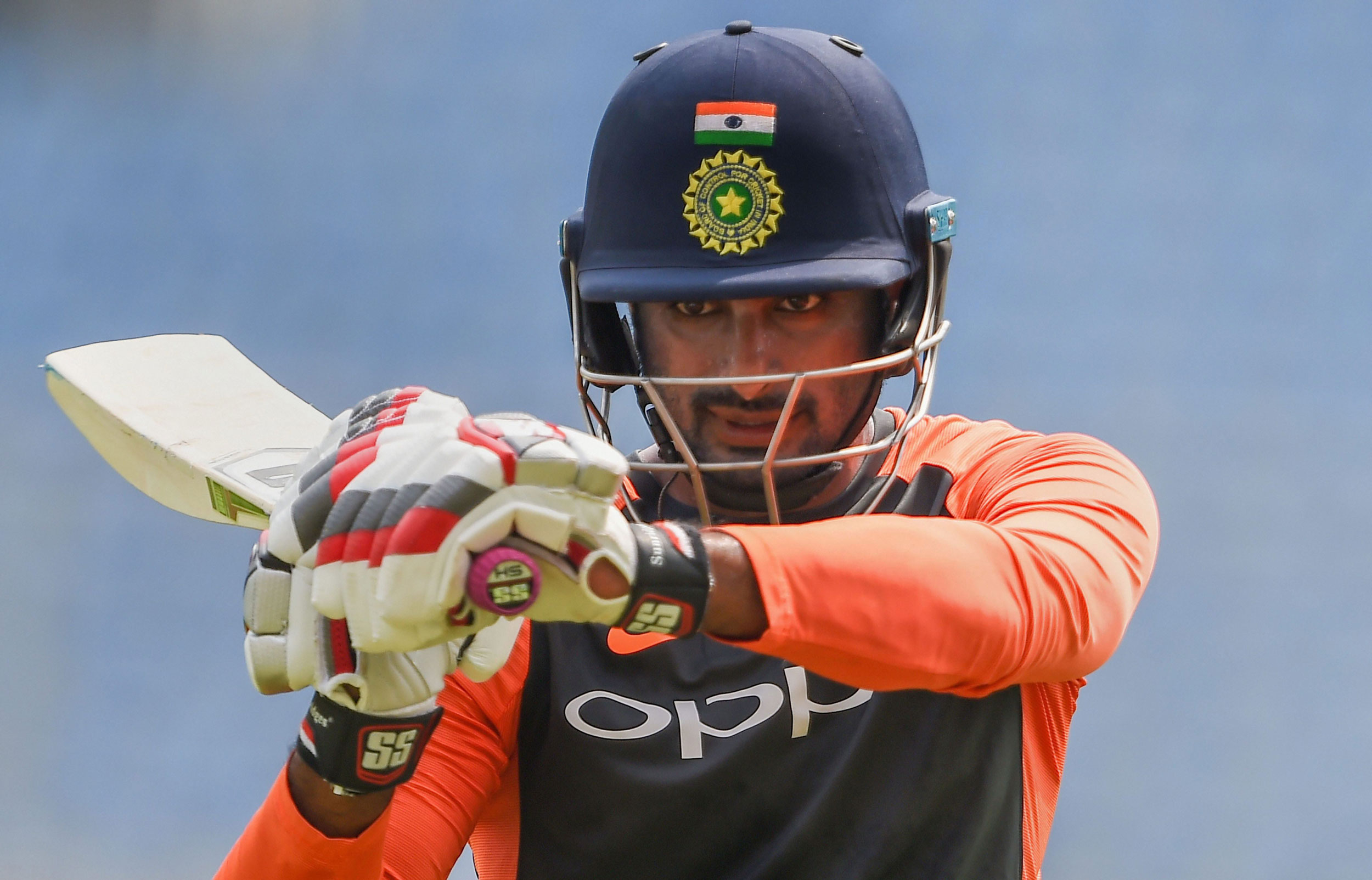 Ambati Rayudu (in picture) was in the official standby list for the big event in the UK, but was ignored despite injury to all-rounder Vijay Shankar. Opener Mayank Agrawal was brought in on the team management's insistence.
(PTI)
PTI And The Telegraph   |   New Delhi   |   Published 03.07.19, 10:06 AM

Ignored for the ICC Cricket World Cup 2019, Indian middle-order batsman Ambati Rayudu has decided to retire from all forms of cricket, a BCCI official said.

The 33-year-old Andhra batsman was in the official standby list for the big event in the UK, but was ignored despite injury to all-rounder Vijay Shankar. Opener Mayank Agrawal was brought in on the team management's insistence.

The player is yet to make a formal announcement but has communicated his decision to the BCCI. 'He has told the Board,' the official said.

Rayudu played 55 ODIs for India, scoring 1694 runs at an average of 47.05. He earned the reputation of being a temperamental player owing to several confrontations with fellow cricketers and even match officials in the domestic circuit.

The player, who could never break into the Test team, was in the spotlight before the World Cup.

Declared the preferred No.4 batsman by captain Virat Kohli not many months ago, Rayudu was ignored for Shankar in India's final squad for the ICC World Cup.

Chairman of selectors M. S. K. Prasad had justified the move by saying that Shankar had 'three-dimensional skills'.

Rayudu then took a dig at that statement with a cheeky social media post.

Just Ordered a new set of 3d glasses to watch the world cup 😉😋..

Soon after the news of his retirement spread, netizens poured their hearts out on Twitter.

They were disheartened with his exclusion from the squad and his decision to step down from all forms of cricket.

Some blamed the politics of the game, some blamed the BCCI and some even took digs at Prasad's justification for dropping him and stated that Rayudu's '3D (sic)' tweet was the reason behind his exclusion from the World Cup squad...

Really feel for #AmbatiRayudu. Always gave it everything he had but sometimes was left holding the wrong cards. So hope he continues in domestic white ball cricket so that we can see his wholehearted style of play in the #IPL. This is an emotional moment but there is a tomorrow

Eagerly waiting to see who all cricketers congratulate Ambati Rayudu on his career. #3dglasses #Ambatirayudu

This was the day his career ended. Even ICC doesn't go against BCCI. You're just a player. #Ambatirayudu #CWC19 https://t.co/9nqYdYGtnA

Ambati Rayudu announces retirement from all forms of cricket

Biased and politics in @BCCI selections. Rayudu and Shankar has been in the race of selections to worldcup.where as shankar is selected.Rayudu is the standby option for shankar's injury.But it didn't happened. #Ambatirayudu

As a cricket fan, it's really sad to see someone forced to retire when he was perfectly fitting the role india still in a search for. #BCCI was really egoistic in naming the replacements. #Ambatirayudu never got his timing right, still fought like a champ. #respect

The Most unluckiest cricketer of our time is finally retired....Thanks Ambati Rayudu for all the Memories #AmbatiRayudu #Thanakopamethanashatruvu

That's how the best players are treated. He has better stats than some of playing ones. @RayuduAmbati All the best for life ahead. You are true legend. #ambatirayudu

With power comes responsibilities, we know since childhood. I think #BCCI ignored the responsibility part way behind them and their egoistic choices. If I could, I would have demanded an apology from #BCCI for spoiling mindset of a player and leaving him no choice. #Ambatirayudu

There were people who did not waste any time to point out Rohit Sharma's disappointment when he was dropped from the World Cup squad in January, 2019.

Yup agree with you I don't know y he is doing he can work on him and be like rohit but it's his decision we can't say anything but I wanna a say one thing lot of players are not select in wc it doesn't mean they retire and nobody responsible for his retirement#ambatirayudu https://t.co/Yiuv4ipsua

Very sad news. A class batsman departs...
He should have taken the inspiration from @ImRo45 who was disappointed for not being selected for #WorldCup2011 squad but he bounced back and see where is he now. #AmbatiRayudu#CWC19 https://t.co/cJaTtcJgop pic.twitter.com/prrwBvT2S5

A few members of the Twitterati thought that his decision to give up wasn't right. And that frustration of not getting selected was the reason behind his retirement.

Moreover, last year, Rayudu hit the headlines after being handed a two-match ban for a verbal altercation with on-field umpires during the Syed Mughtaq Ali Trophy. Facts like that could not be overlooked by this particular netizen:

Ppl who are feeling bad for Rayudu right now need to understand that he has a serious temperament issue. He let the frustration of being replaced by Shakar get the better of him & tweeted against a team mate
How can any1 see him & Shakar play side by side anymore?#Ambatirayudu

@RayuduAmbati is very arrogant just look at patience of @DineshKarthik played after 10 years of wait.#Ambatirayudu

Most expressed grief, some even expressed anger but the 33-year-old cricketer is yet to announce the reason behind his decision.

India is set to face Sri Lanka in their next ICC Cricket World Cup match on Saturday.