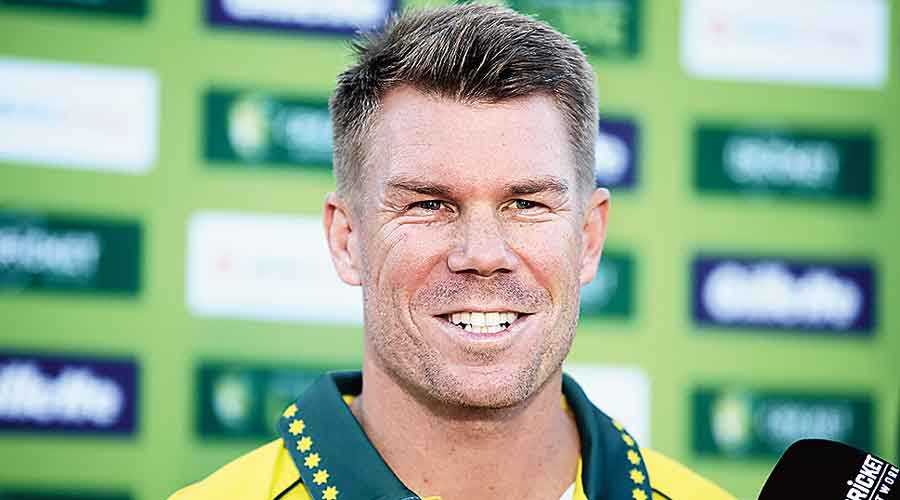 David Warner's lifetime leadership ban could be lifted as Cricket Australia directors contemplate rewriting the organisation's code of ethics, according to a report.

Warner was handed a leadership ban following the infamous 2018 ball-tampering scandal, but the 35-year-old, who is closing in on 100 T20 Internationals and 100 Test appearances, has been looked upon as a possible candidate for Australia's vacant ODI captain's post.

He cannot, however, take up the role under the current rules.

"CA's code would need to be rewritten before Warner's ban could be reviewed, and a rewrite is something directors will discuss at Friday's board meeting in Hobart," a report in the Australian Associated Press said.

The report quoted CA chairman Lachlan Henderson as saying that the organisation's code of ethics could be rewritten if deemed necessary.

"The view within Cricket Australia is that David is doing particularly well on the field and making a great contribution off the field," Henderson said.

"The first step in terms of David's leadership ban is to review the code and see if those sanctions are able to be reviewed, and the appropriate revisions to that code that would need to be made.

"Our intention is to review the code as quick as is practical. It's not in anyone's interest for us to delay that. It would be in time for any future leadership conversations in relation to David."

According to the report, CA, however, is wary that any change made to the code in consultation with ethics commissioner Simon Longstaff could have implications on matters beyond Warner.

At the same time, CEO Nick Hockley stressed that players have the right to show they have changed.

"In very simple terms, we are looking at sanctions to be reviewed for good behaviour and growth after a period of time," Hockley said.

"Pending tomorrow's discussion, there would then need to be a revision of the code and that would need to be approved by the board."

CA reported a loss of Australian dollar 5.1 million for the 2021-22 financial year at Thursday's AGM. CA largely blamed the loss on challenges presented by the pandemic, such as biosecurity costs and reduced crowd capacities, as well as drop in media rights from the UK for last summer's Ashes.

CA also remained undecided whether to lift a ban on playing Afghanistan in bilateral matches before a three-match ODI series early next year, according to the report.

Australia had refused to host Afghanistan while under Taliban rule last summer, but have agreed to face off against them in the T20 World Cup on November 4 as it is an ICC event.