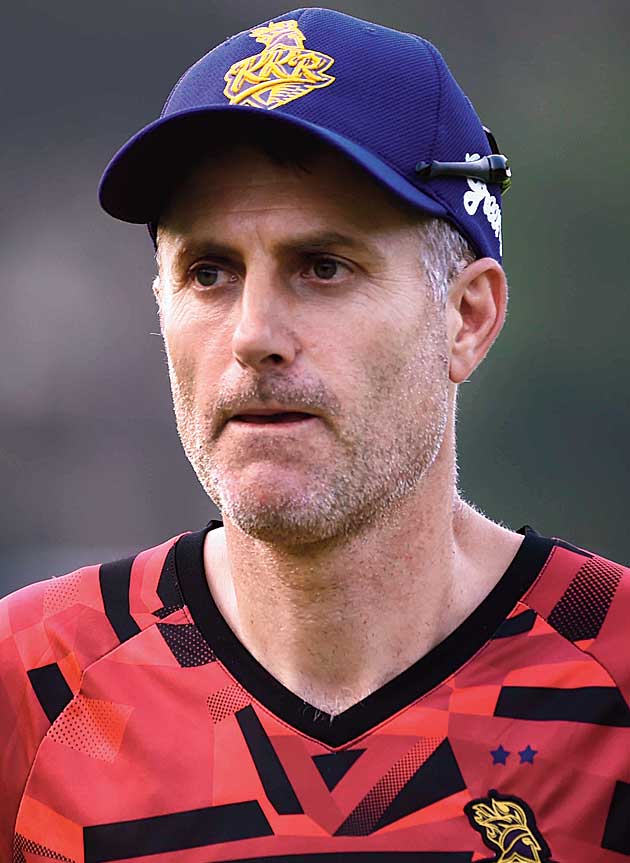 Simon Katich was candid enough to admit that the Australian cricket team hasn’t been doing well in the last 12 months, but at the same time was hopeful that they will make an impact in the upcoming ODI World Cup in England and Wales.

Katich is in town as the batting consultant of the Kolkata Knight Riders and was present at Thursday’s practice session at the Jadavpur University Salt Lake Campus ground.

Speaking about Australia’s recent victories over India in both the T20I and ODI series, Katich said: “It’s a very good result for the Australian team, more so after losing at home to India.

“Australia haven’t been playing well in ODIs in the last year or so. But what they showed here in India was a lot of spirit.

“A few new faces popped up and grabbed their chances. Usman Khawaja at the top of the order was outstanding, while Ashton Turner was excellent in the lower half. The Australian selectors will have to take some interesting decisions for the World Cup.”

Katich, who featured in 56 Tests, 45 ODIs and three T20Is for Australia, believes that with Steve Smith and David Warner coming back into the team after the end of their ball-tampering related suspensions, the Aussies will have a bright chance of retaining their world title.

“Having the class of Smith and Warner back in the mix gives Australia a lot more confidence ahead of the World Cup. World Cups are all about doing well for those six-odd weeks. It doesn’t matter what you did before that. Everything changes when you are in that pressure situation.

“Smith and Warner will be hungry… They are both class players. If they come out firing and if the other boys too can do their job, Australia will have a very good chance in the World Cup.”

The 43-year-old believes that Dinesh Karthik, the Knight Riders’ captain, will be “in the mix” for the World Cup-bound Indian team. “As for Dinesh, we all know what he is capable of.

“He is a very experienced player. He is someone who is very hard to bowl to at times. So, no doubt, he will be in the mix for the World Cup.”

On the Knight Riders’ front, Katich informed that young fast bowler Kamlesh Nagarkoti is ruled out of this edition of the IPL as well as he is yet to recover fully from his back injury. Nagarkoti’s U-19 India team-mate and fellow pacer Shivam Mavi is also out with a stress fracture in his back.

Kerala pacer Sandeep Warrier is undergoing trials at the Knight Riders’ practice, but is yet to be confirmed in the squad.