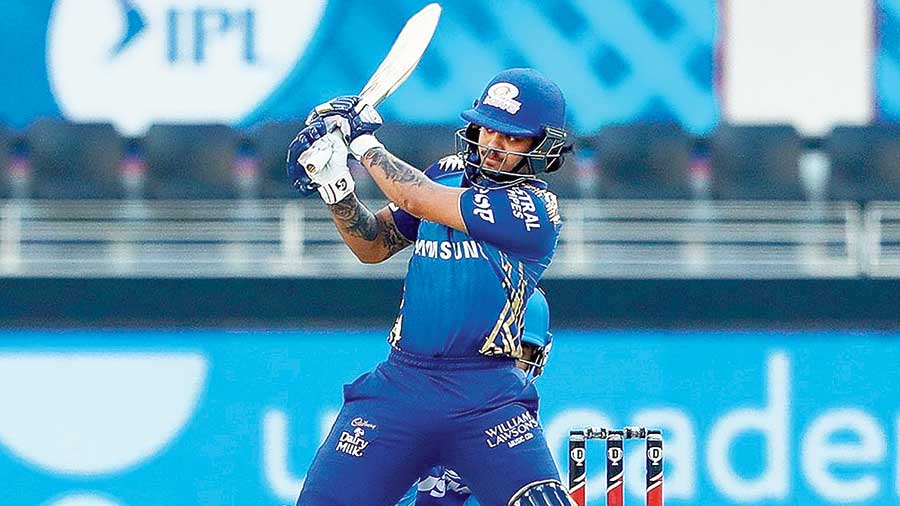 Jharkhand’s “Chhotu” is all set to cross over into the big boys’ camp. But Ishan Kishan, the diminutive wicketkeeper-batsman who has earned quite a fame for punching above his weight, is not ready to rest on his achievement yet. “The work always goes on,” he says.

Kishan outscored the Mumbai Indians stalwarts to finish as the IPL champion’s top run-getter last year. And it eventually won him a bigger reward in the form of an India call-up for the coming T20I series versus England beginning next month.

Life, in the last five months, couldn’t have been any better for Kishan, who  has also been a consistent performer in domestic cricket and India A matches.

“No amount of hard work is ever enough and I just try to give my best whenever I get a chance,” Kishan told The Telegraph from Indore, where he is busy playing the Vijay Hazare Trophy for his state team.

The news of his selection came on the same day he hit a scintillating 94-ball 173 against Madhya Pradesh. His knock helped Jharkhand post a record 422 for nine — the highest team total in the history of the tournament.

“That innings was really special because I always keep one thing in mind, which is to contribute for my team. We also won the game convincingly. In other words, that entire day just kept getting better and better for me, and I was obviously so, so happy when I came to know of my selection in the India squad,” the Patna-born Kishan said.

“It’s any cricketer’s dream to play for the country and I’m very grateful to everyone who made it possible for me.”

The Jharkhand State Cricket Association too has planned a grand felicitation for the 22-year-old once the white-ball matches versus England are over.

“I kept my training regime regular, undergoing batting practice and tried to bat at nets too whenever possible, because it’s important to stay connected,” said Kishan, recalling the lockdown days.

Obviously, his performance in IPL 2020 played a part in accelerating his entry to the India senior squad, but is that the most important reason behind his selection?

“Performing in the IPL definitely gave him extra confidence. But in his debut (first-class) season itself, Ishan got a 200-odd against Kerala, which first underlined his ability.

“The contest was between him, (Rishabh) Pant and (Sanju) Samson in the India A tours/matches,” said former chief selector MSK Prasad.

“Even wicketkeeping-wise, Ishan has been very impressive... He’s very similar to Pant, just one step behind Pant to be precise.”