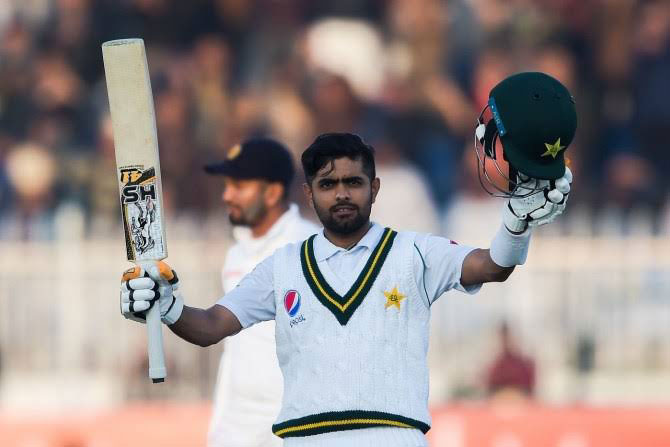 Sparkling hundreds from Babar Azam and Shan Masood put Pakistan in command against Bangladesh on the second day of the first Test at Rawalpindi on Saturday.

Azam scored a career-best unbeaten 143 for his third successive hundred in as many Tests — fifth of a burgeoning career — while opener Shan Masood made 100 as they pulverised a hapless Bangladesh attack at Rawalpindi stadium.

At close, Azam was still batting with Asad Shafiq, who was batting on 60, piling agony on the visitors during their unbroken 137-run stand for the fourth wicket. Masood said he and Azam have done their jobs.

“We have batted our way to take the team in a strong position and hope that the remaining batsmen come and score so that we can build a good lead,” said Masood, who hailed Azam as world class.

“When Babar was coming out to bat, the crowd chanted ‘Babar, Babar’ and that is the sign of a great batsman who is so popular.”

Since his fighting century against Australia at Brisbane (104) in November last year, Azam has notched up 102 not out and 100 not out against Sri Lanka in two Tests — making this his fourth hundred in five Tests.

In between, he missed a hundred at Adelaide by a mere three runs.