The Calcutta giants climbed to the top of the 11-team standings, one point clear of Mumbai FC, after this victory 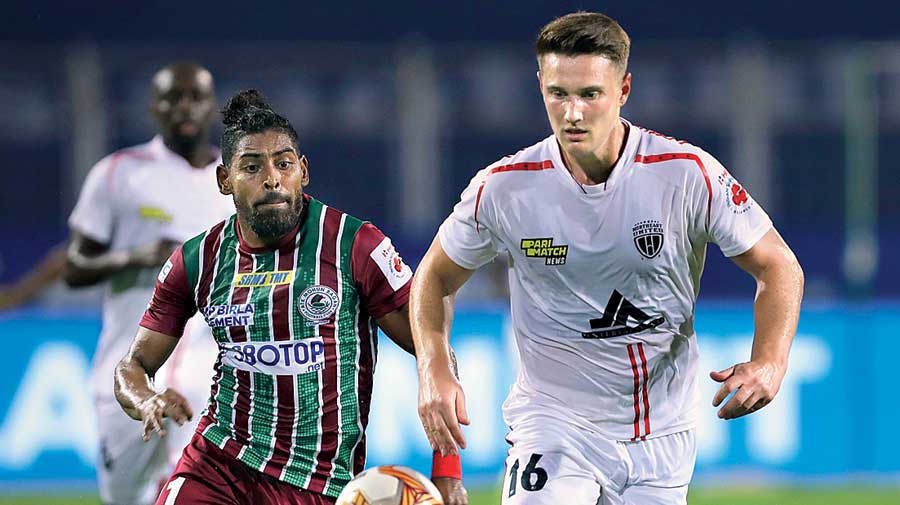 Roy Krishna broke a first-half deadlock in the 51st minute before Benjamin Lambot (58th) doubled ATK Bagan’s lead with an own goal.

The Calcutta giants climbed to the top of the 11-team standings, one point clear of Mumbai FC, after this victory.

The Highlanders, on the other hand, remained winless for three matches as they missed a chance to be back in top four and remained at sixth place with 11 points from nine matches.

After scoring five of the eight goals for his team, Krishna had struggled to find the net in the last two games, but the Fijian returned among goals with a diving header, following a corner by Edu Garcia.

The Spaniard delivered a perfect corner from the right that curled in and found Tiri in the middle of the box. Tiri flicked it to the far post and then the Fijian beat Gurmeet with a perfect header.

The second goal too resulted from Garcia’s corner that swung in from the right as Sandesh Jhingan tried to shoot it from a goalmouth melee, but the ball took a deflection of the NUFC captain to find the back of the net.

The match had its rough moments and six yellow cards were handed out.

Antonio Lopez Habas made two changes to his ATK Bagan line-up with Sahil Sheikh making his first ISL start. NUFC coach Gerard Nus made as many as five changes to his line-up.

ATK Bagan had a better start, looking more threatening of the two teams.