At 50, football twins live a dream 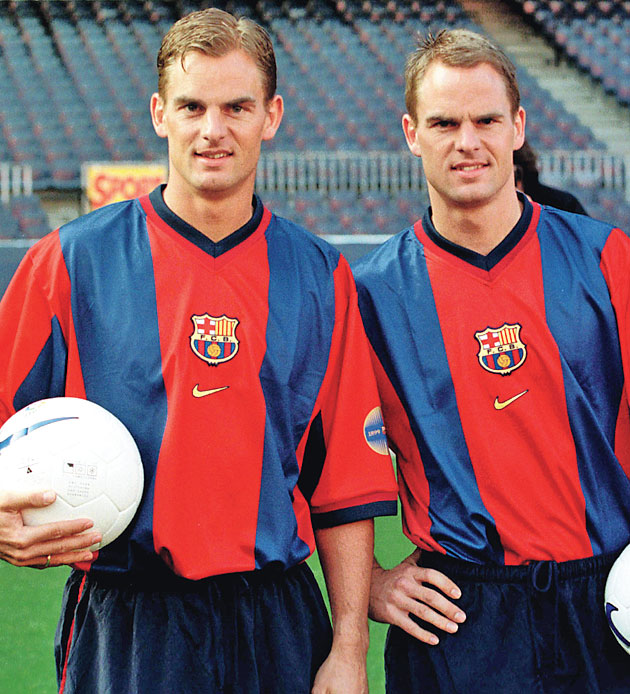 Football’s most famous twins turn 50 on Friday but after successful playing careers together, Frank and Ronald de Boer mark the milestone at a time when their paths have finally diverged.

The former Dutch internationals won the Champions League with Ajax Amsterdam, the La Liga title in the colours of Barcelona and played together at two World Cups.

But while the elder twin Ronald dabbled in coaching before becoming a television analyst, Frank has continued in the game, winning four league titles as Ajax coach, then flopping in Serie A and the Premier League before heading across the Atlantic to work in Major League Soccer.

Starting at Ajax, they were an integral part of a golden era for the club, highlighted by Champions League success in 1995. Ronald played several attacking roles while Frank earned a reputation as one of the world’s top defenders.

They took the club to court to force a move to Barcelona, not long after signing a six-year contract extension, arguing they had a verbal agreement that if one brother received a lucrative offer the other would be allowed to join him.

The pair eventually forced a 22 million pounds ($27.00 million) transfer, but it led to their being lampooned as money-grabbing farm boys.

“We were indeed farm boys who had to tone down our accents in Amsterdam,” Frank recalled in the Dutch media.

“When we went to Barcelona we enjoyed potatoes and vegetables best but now we know better. We became world citizens. Things change; from your tastes to the way you think about life.”

Ronald stayed only one season in Spain before joining Glasgow Rangers while his brother continued in Spain and Turkey.

They were later reunited in Scotland and finished their careers together in Qatar.

Both then coached at Ajax, where there are multiple opportunities for ex-players at the head of junior teams, but Frank made the biggest strides, also working as an assistant to national team coach Bert van Maarwijk at the 2010 World Cup where the Netherlands were runners-up.

Replacing Martin Jol at Ajax in December 2010, Frank quickly went on to become the first coach to win four successive Dutch league titles, earning him a place among a list of exciting young European managers.

But his switch to Inter Milan ended after a disastrous 85 days and he was sacked after just 10 weeks at Crystal Palace in 2017 in another blow.

He is now in a second season with Atlanta United, overcoming a tentative start there to begin to rebuild his reputation.

There are no plans to team up with his brother for now but a wish to complete the circle.

“But it will have to cross our paths at the right time. But I’m convinced that this puzzle piece will fall into place again.”