The Indian Himalayan Region, spanning 12 Indian states, has long been absent from the centre stage of Indian policy 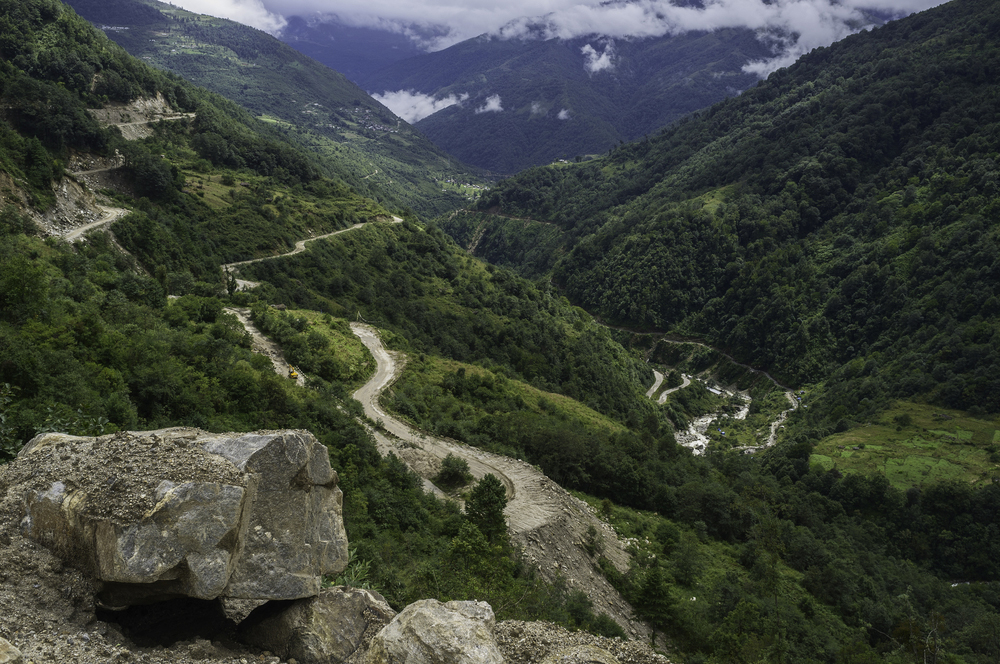 View from Dirang in Arunachal Pradesh. Population growth and rapid urbanization, as well as practices like shifting cultivation and unauthorized mining, are destroying the ecosystem and its resources in parts of Manipur, Meghalaya, Arunachal Pradesh, Uttarakhand and Assam
(Shutterstock)
Jaya Thakur   |   Published 21.06.19, 11:55 AM

The National Democratic Alliance has formed the government for the second consecutive term. A large number of people in the northern mountains of India are thus remembering the promises that the Bharatiya Janata Party made pertaining to the Himalayan states in its manifesto.

The Indian Himalayan Region, spanning 12 Indian states, has long been absent from the centre stage of Indian policy when it comes to combating a large number of issues. There is depopulation in Nagaland and parts of Himachal Pradesh causing underdevelopment. On the other hand, population growth and rapid urbanization as well as practices like shifting cultivation and unauthorized mining are leading to the degradation of the ecosystem and its resources in parts of Manipur, Meghalaya, Arunachal Pradesh, Uttarakhand and Assam. The IHR is thus prone to flash floods, forest fires, earthquakes and landslides. An increasing human footprint, coupled with unplanned growth, has added to the vulnerability of the residents. The mountains are fragile, remote, marginal, and multifunctional. It is time that the wide gap between pledges of development and corresponding achievements started to shrink.

Before this year’s parliamentary elections, the BJP was the only party to include a special segment for the Himalayan states. It mentioned a ‘Green Bonus’ for the Himalayan states to ensure the protection of the forests and to promote forestry. But several issues remain unclear: on what basis would the bonus be offered? What will be considered as ‘protection and promotion of forests’? Whose responsibilities will they be? If maintaining a certain percentage of forest is the criteria, it could be bad news for Mizoram, Arunachal Pradesh, Manipur, Meghalaya, and Nagaland. These states have more than 70 per cent of their areas under forest cover. This is also the region where the decline of the forest cover has been the highest. Whatever percentages are fixed against each state, they might be lower than the present forest cover, thereby opening up a large part of these forests for human activities that could have an adverse impact on them. Moreover, a considerable part of such forests is managed by local ethnic communities in Northeastern states like Arunachal Pradesh. How the reward will flow from the state authorities to community managers is still unclear. What has added to the scepticism is the new forest draft policy, which weakens community participation in forest management.

Among the Himalayan states in IHR, the northeastern region got a bit more attention in the BJP manifesto through the Purvodaya scheme. Even though the plans talk of sustainable social development and conflict resolution in the mountains, the path of development seems to be focused on resource extraction, especially hydropower. With its mountainous topography and perennial rivers, the Himalayas have a huge potential for hydro-electricity generation. But the lack of scientific environmental impact assessment, the murky history of resettlement of dam-affected populations and local resistance have become matters of concern. The BJP manifesto promised to develop the Northeast while remaining sensitive to ecology. Yet, there is no mention of any plan to resolve the issues of human rights violation and other atrocities perpetrated on those who have been impacted by the hydroelectricity projects. The proposal to overhaul environmental clearances for the hydropower sector can only add to these woes.

A holistic understanding of the mountain ecology seems missing even after 72 years of Independence. Existing policy harps on the economic underdevelopment of the region or controlling insurgency while ignoring the fact that the root cause of some of these problems might lie in the mismanagement of the mountain ecosystem.