The agitation for Gorkhaland had adversely affected the tourism industry there, but things have changed 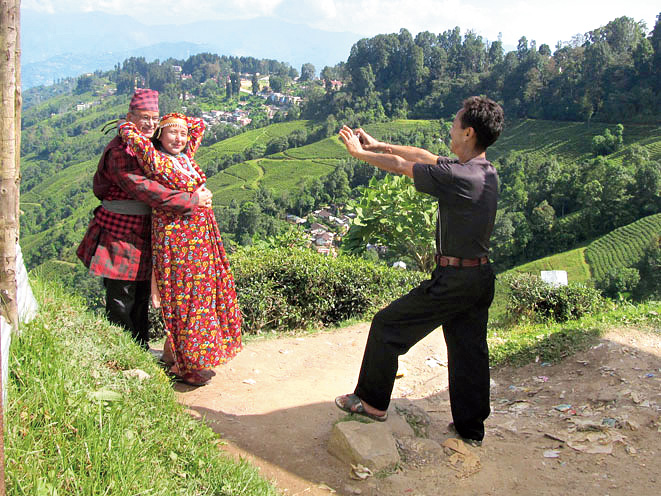 Sir — This festive season, tourists are flocking to Darjeeling. However, this was not the case even a year ago. The agitation for Gorkhaland had adversely affected the tourism industry. But relative peace in the last few months has turned things around. It may also be the case that some people are choosing not to travel to usual tourist hotspots like Kerala and Uttarakhand after these states were hit by natural disasters. They are, instead, adding Darjeeling to their travel itinerary. But irrespective of the reason for the surge in footfall, it must be ensured that tourists get the best experience.

Sir — Ramachandra Guha’s article, “Rich in tongues” (Oct 27), should serve as a warning to the Rashtriya Swayamsevak Sangh and to all those who believe that “to be properly Indian is to be a Hindu, and to be truly Indian is to be able to speak Hindi.” If the government tries to impose any one language on the entire nation, it will only lead to disastrous consequences.

In the article, Guha has quoted from a letter written by one M.S. Ali that was published in The Statesman a few days prior to Partition. Ali had stated that no language should be given preferential treatment in the then soon-to-be-formed state of Pakistan. But the first governor-general of Pakistan, M.A. Jinnah, had other plans.

Jinnah chose Urdu as Pakistan’s national language as he believed that “[w]ithout one state language, no nation can remain tied up solidly together and function”. This rigidity on the part of Jinnah and his successors proved harmful to the interests of Pakistan. In 1971, Bangladesh was carved out of Pakistan primarily on the issue of language.

India was fortunate to have leaders like M.K. Gandhi and Jawaharlal Nehru at the time of Independence. They were pragmatic and believed in promoting diversity. The current crop of leaders should follow their path. We must take a lesson from history and not repeat the mistakes of Pakistan.

Sir — In the article, “Rich in tongues”, Ramachandra Guha has rightly said that the Bharatiya Janata Party-led government at the Centre is trying to promote Hindi at the expense of other Indian languages. However, the policies of the BJP should not come as a surprise. The party is merely following the agenda of the RSS, which apparently believes in the idea of ‘Hindi, Hindu, Hindustan’. One hopes that the BJP would soon realize its mistake. The saffron leaders must understand that the different religions, languages and cultures do not weaken India. Rather they strengthen the bonds of nationhood.

Sir — While reading Ramachandra Guha’s article, it seemed as if the columnist is suggesting that the BJP is the only party that “slyly seeks to promote Hindi”. But the fact is that the record of the principal rival of the BJP, the Congress, is not too different either in this regard.

Both the parties are primarily based in the Hindi heartland and have tried to project Hindi as the lingua franca of the nation.

Sir — Assam witnessed a 12-hour strike recently on the issue of citizenship (amendment) bill. Nearly 60 organizations had given a call for the bandh. It seems that most people in Assam are against the bill. But is going on strike the only way left to register one’s protest?

Bandhs lead to a loss of income for the daily wage earners and adversely impact the overall economy as well. Further, if a person needs to be hospitalized on a bandh day, it becomes quite an arduous task to find transport. Pelting stones at vehicles ferrying students or attacking public buses should not be encouraged.

There are better and more constructive ways to oppose. To get their demands heard, the leaders need to hold wider discussions and debates, make the public more aware, sign petitions and send them to the central government.

Sir — The minimum pension amount under the Employees’ Pension Scheme, which is managed by the Employees’ Provident Fund Organization, should be hiked immediately. The pensioners under this scheme receive far less than they deserve, if one takes into account their age, period of service and, above all, the amount that had been deducted from their salary every month towards PF contribution.

One wonders how can the authorities expect a retiree to subsist on a pension of Rs 1,000 per month.