Advertisement
Home / Opinion / Fake meat will save us

Fake meat will save us 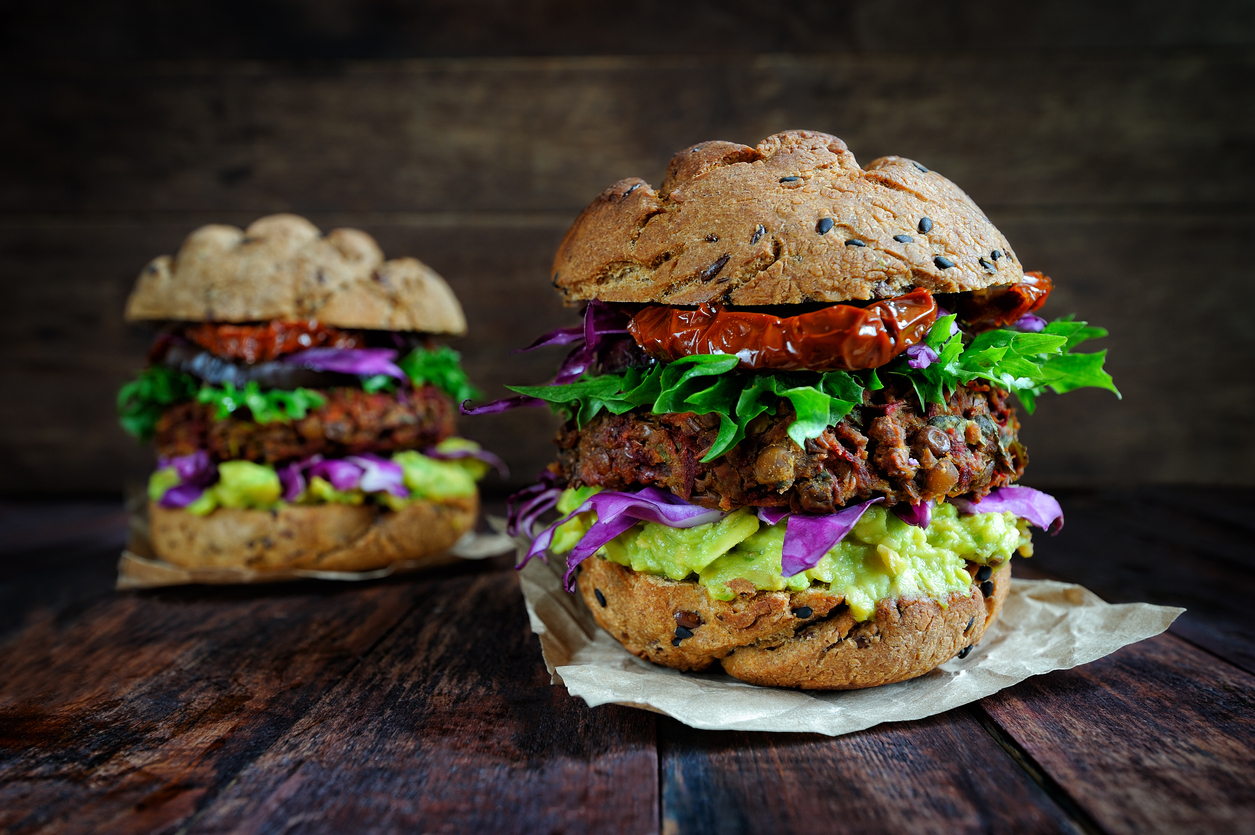 At a moment when animal-based agriculture is near the top of planet-killing culprits, ditching meat for substitutes, faux or otherwise, is the most effective thing an individual can do to fight climate change, according to a study in the journal 'Science'.
(iStock)
Timothy Egan / New York Times News Service   |   Published 23.06.19, 02:47 AM

I plopped down in the sports bar Thursday to watch World Cup soccer and eat my first fake meat burger. I don’t mean to slight the surging U.S. women’s team, but the plant-based protein slab made nearly as big an impression as the match.

No surprise then, that a burger that bleeds like meat, tastes like meat and looks like meat is winning over millions of skeptical consumers, taking Wall Street by storm and prompting Big Ag to jump into a lucrative business that started on the vegan fringe.

But does the world really need a KFC “Imposter Burger,” or Tyson Foods grinding peas into patties instead of quartering chickens into nuggets? Well, yes. Very much so.

At a moment when animal-based agriculture is near the top of planet-killing culprits, ditching meat for substitutes, faux or otherwise, is the most effective thing an individual can do to fight climate change, according to a study in the journal Science. I say this as an appreciative omnivore. I love a flank steak fresh off the grill, a leg of lamb seasoned and slow-cooked, a brat at a ballpark, as do most of us. Vegans and vegetarians make up only about 8% of the population, a static number.

Industrial agriculture to produce meat is the coal-mining of food production. Producing a single beef burger takes about 660 gallons of water — equivalent to a full week of water use by the average household in the United States. At the same time, unhealthy diets pose a greater risk of early death than unsafe sex, alcohol, drug and tobacco use combined, as the medical journal Lancet recently reported.

The cautionary note is that we don’t have enough experience yet with the “secret sauce” that makes the new line of fake burgers taste so good. Both Beyond Meat, and Impossible Foods, the two darlings of alt-meat, use about 20 different ingredients in their patties. They are highly processed Frankenfoods hatched in a lab, not carrots pulled out of the earth.

Also, food panaceas in general don’t have the best track record. Remember margarine as a healthful alternative to butter? “Diet” soda makes people crave a big hit of real sugar water. Some granola is worse for you than an Oreo cookie.

That said, these are very dangerous times for all living things. You may have missed the sad notice that the friendship tree given by France to President Donald Trump has died an early death. As a metaphor for what happens to everything touched by Trump, it’s too easy. It’s as if the little oak sapling, acting on behalf of all that is endangered by this biohazard of a presidency, died to send a message.

The tree’s demise was announced not long after a group of scientists made a determination of much bigger import: the recognition of a new geologic era, the Anthropocene. After the ice age of the late Pleistocene, and the culture-nurturing comfort of the Holocene, the Age of Man looks to be the End of Man. Perhaps in very short order.

The Anthropocene is an old idea, dating perhaps to the first atomic bomb, given fresh scientific imprimatur this spring. More than 500 million years after life took hold on earth, humans are having such a drastic effect on it that we are now the dominant geologic force. This designation comes not from the usual concerned voices seeking recognition from distracted media and political elites, but from a key body within the international union of geological scientists. As these folks like to say: rocks don’t lie.

Nor do temperature readings. New Delhi soared to 118 degrees this month. It was 100 degrees in San Francisco, the highest temperature ever recorded there for June. Wildfires are now a springtime feature inside the Arctic Circle, and temperatures in Greenland were as much as 40 degrees Fahrenheit above average this year.

None of this will shame the worst threat to the planet now — the American president. The best way to do something about climate change is to vote the Anthropocene Cover Boy out of office. He thinks windmills cause cancer. He loves dirty coal. His gutting of Obama-era policies will lead to hundreds of premature deaths of fellow Americans every year, according to an early analysis by his own administration.

But in the meantime, there is the protein we put on our plate. While weaning people off animal flesh, the new burgers hardly meet Michael Pollan’s admonition that we should never eat food our great-grandmothers wouldn’t recognize. But Pollan is a fan, saying fake meatballs might help save the world.

Plant-based eggs, nuggets and burgers are far less likely to hasten the inevitable last act of the Age of Man than the food sources they replace. And the free market — judging by soaring sales and a bullish roar from Wall Street to Beyond Meat, a company that was briefly worth more than Macys or Xerox by market capitalization one day this week — is lining up with the environment on this one, as carnivores take notice. If it takes disruptive capitalism to help solve a problem that a clay-headed president will not, more power to the plant dog and soy burger masquerading as meat.

A guide to sustainable eating