A guide to sustainable eating

Have you considered the effects of what you eat on the planet, and made changes that will protect the Earth as well as your health 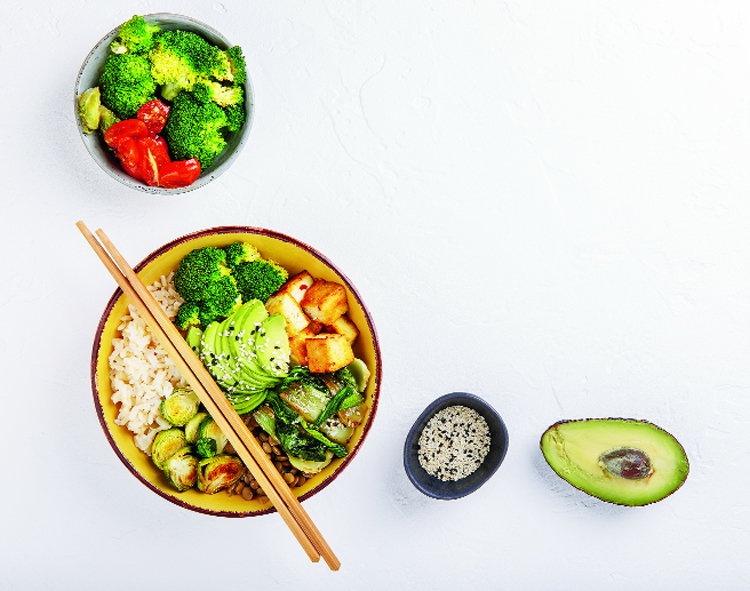 The Lancet report does not insist that everyone become a vegetarian or vegan, but it does set as a goal that people in wealthy countries limit consumption of red meat — beef and lamb in particular — to one 3-ounce (85g) serving a week, or one 6-ounce (170g) serving every two weeks.
(iStock)
Jane E. Brody/NYTNS   |   Published 10.04.19, 01:25 PM

I suspect most of you already do many things to help preserve the viability of the planet we all call home. Perhaps you recycle glass, plastic and paper and compost organic waste; shop with reusable bags; rely heavily on public transportation or bicycles or, failing that, at least drive fuel-efficient cars.

But have you given serious thought to the planetary effects of what you eat and made changes that will protect not only terra firma and surrounding waters but also your health and the well-being of generations to come?

In January, The New York Times described a comprehensive new report from the EAT-Lancet Commission on Food, Planet and Health. It was compiled by 37 scientists and other experts from 16 countries, with the aim of establishing a global food economy that could combat chronic diseases in wealthy nations like ours and provide better nutrition for poor ones, all without destroying the planet. The scientists’ goal was to outline a healthy sustainable diet that could feed the nearly 10 billion people expected to inhabit the world by 2050.

For more than a century, most Americans have been eating far too much meat than is good for their health and that of the planet. In 1900, two-thirds of our protein came not from animals but from plant foods. By 1985, that statistic was reversed, with more than two-thirds of our protein coming from animals, primarily beef cattle. They consume up to 8 pounds (3.6kg) of grain to produce 1 pound (.45kg) of meat and release tons of greenhouse gases in the process while their saturated fat and calories contribute heavily to our high rates of chronic diseases.

As Dr Walter C. Willett, professor of epidemiology and nutrition at the Harvard T.H. Chan School of Public Health and a contributor to the report, told Nutrition Action Healthletter, “We simply cannot eat the amounts of beef that we’re now consuming and still have a future for our grandchildren.”

In an editorial, The Lancet wrote: “Intensive meat production is on an unstoppable trajectory comprising the single greatest contributor to climate change. Humanity’s dominant diets are not good for us, and they are not good for the planet.”

The Lancet report does not insist that everyone become a vegetarian or vegan, but it does set as a goal that people in wealthy countries limit consumption of red meat — beef and lamb in particular — to one 3-ounce (85g) serving a week, or one 6-ounce (170g) serving every two weeks. You can be somewhat more generous with pork, poultry and fish, which are better for your health and less damaging to the earth. The grain-to-meat ratio for poultry and hogs is only about 2.5 to 1, and the fat in fish is mostly unsaturated and high in omega-3 fatty acids.

But you would do best for your health and the planet by gradually adopting a diet that derives most of its protein from plants — including legumes and nuts — with farmed seafood as your primary animal food along with moderate amounts of poultry and eggs. Studies in both animals and people have shown that high-protein diets limit longevity.

Another critically important change is in our consumption of carbohydrates, nearly half of which come in the form of nutrition-deficient unhealthy carbs: mostly refined starches like white bread and white rice, added sugars and potatoes, all of which contribute to the rampant incidence of obesity and Type 2 diabetes. Nearly all my carbohydrates come from beans, whole-grain breads and milk, and I’m gradually decreasing consumption of my favourite treat: low-fat ice cream.

Suggestions about dietary fats mimic those you’ve been hearing for years: stick with unsaturated oils like olive, canola, soybean and corn oils, but steer clear of palm oil, which is high in saturated fats and its production is responsible for massive destruction of tropical rainforests needed to protect both the earth’s climate and diversity of wildlife.

Coconut oil is currently enjoying a moment in dietary fame; even though it is a highly saturated fat, the particular type of fat in coconut oil gives a greater-than-usual boost to blood levels of HDL cholesterol, which is considered heart-protective. Willett suggests limiting it to occasional use, perhaps for Thai cooking or (do we dare?) making a pie crust or other baked goods that call for a solid fat.

The EAT-Lancet Commission emphasised that its advice to eat more plant-based foods and fewer foods from animals is “not a question of all or nothing, but rather small changes for a large and positive impact.” It pointed out that “foods sourced from animals, especially red meat, have relatively high environmental footprints per serving,” which Willett called “unsustainable.”

But even if environmental issues are not high on your list of concerns, health should be. As the commission concluded, “Today, over two billion adults are overweight and obese, and diet-related non-communicable diseases including diabetes, cancer and heart diseases are among the leading causes of global deaths”.