Advertisement
Home / Opinion / Out in the open

Gay bashing isn't over yet, but the changes are for the better 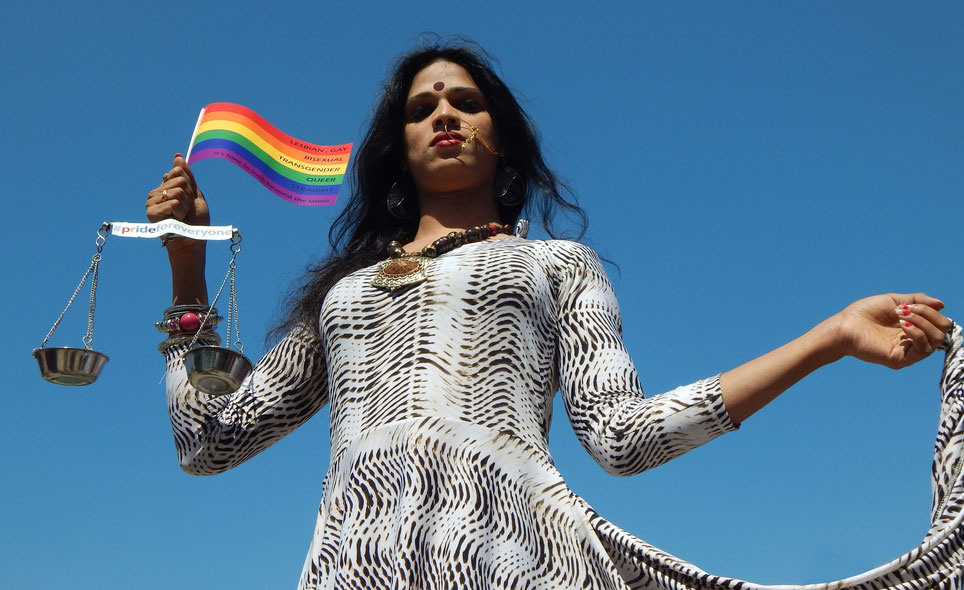 Earlier, the dreaded and much hated hijras and garishly dressed transwomen begging at traffic lights or dancing in Chhat puja processions were the only glimpses of queer life that cracks in the heteronormative façade of our society afforded.
(Shutterstock)
Soumitra Das   |   Published 30.12.19, 06:59 PM

Ever since the Supreme Court declared Section 377 of the Indian Penal Code unconstitutional insofar as consensual sex between adult persons of the same sex was concerned, it was as if a veil was lifted from a secret life that remained closeted within the confines of Curzon Park, the Dhakuria Lakes, the Maidan and sundry massage parlours that have popped up all over Calcutta. The city has turned into a fleshpot of late, what with singing bars dotting the central districts. Earlier, the dreaded and much hated hijras and garishly dressed transwomen begging at traffic lights or dancing in Chhath puja processions were the only glimpses of queer life that cracks in the heteronormative façade of our society afforded. Any exceptions were few and far between.

Some years ago, one afternoon I noticed a group of sari-clad women, who were probably employed with the Calcutta Municipal Corporation, making the rounds of narrow Kenderdine Lane off Chittaranjan Avenue, and knocking at the doors of all the houses there. The only male in that group wore bedraggled shorts. When I asked them what they were up to, to my utter surprise, a distinctly feminine voice answered that they were assigned the task of finding out the number of malaria and dengue cases in that neighbourhood. The “man” was speaking. So “he” was actually “she”.

In 1969, a classmate of mine in our then all-male college used to perform cabaret in drag at some leading hotels in the city. Before bowing out, he had to discard his bra to reveal his chest. That was the rule in all the posh hotels. I remember another cross-dressed ecdysiast, who distinctly resembled the Bollywood legend, Helen, perform a similar act in a Hindi film of early-1970s vintage. Besides such aberrations, if I may describe them as such, queer folk had chosen to hide behind a cloak of invisibility. The dreaded colonial law was in place then, but it never really acted as a deterrent. Even those caught red-handed by police were usually let off. Not because the cops were great-hearted, but because sodomy is difficult to prove in a court of law. But who can deny that the very existence of Section 377 caused much mental stress and anguish that could easily turn into self-loathing? It was as if the queer community was beyond the pale.

Now everything is out in the open. Almost overnight, young adults cutting across class distinctions don’t seem to be much concerned about what one’s sexual identity and gender are any longer, and even those born yesterday know what LGBTQ+ stands for. It is true that too frequent incidents of rape, related violence and other atrocities have shaken Indian society, but it is also true that a silent sexual revolution is underway which has made the “rainbow” community a lot more acceptable among ordinary people and their families at large. And these are not necessarily people known for their progressive views.

They are probably being realistic. I know of one man whose father used to thrash him in his childhood for his ‘effeminate’ behaviour. His school teachers, too, mercilessly bullied him. He has done well for himself, and now lives independently with his partner. Instead of ostracizing him, his parents and family have accepted his choice graciously, although he has never really “come out”. This would have been impossible earlier, although, probably his parents had never heard of Section 377.

Now it’s easier for young girls dressed like boys to play cricket and football without becoming the butt of jokes, younger girls are even often encouraged to look up to them. Although their appearance may still prove problematic in public transport.

Parents may consider TikTok, the video-sharing social networking service, a menace, and for good reason too. But it serves as a huge leveller. It’s amazing how young adults of all persuasions get together to record clever videos where they effortlessly subvert and bend their gender roles with supreme confidence. Boys turn girls, and girls boys as if they were to the manner born. It is of course too early to say that the days of gay bashing are over, but in a benighted nation these are sure stirrings of change, and for the better too.