Advertisement
Home / Opinion / NRC: The State as a dehumanized machine

NRC: The State as a dehumanized machine

When law is based on exclusion and exploitation, it becomes an experience of grave sadness to follow the State on paper 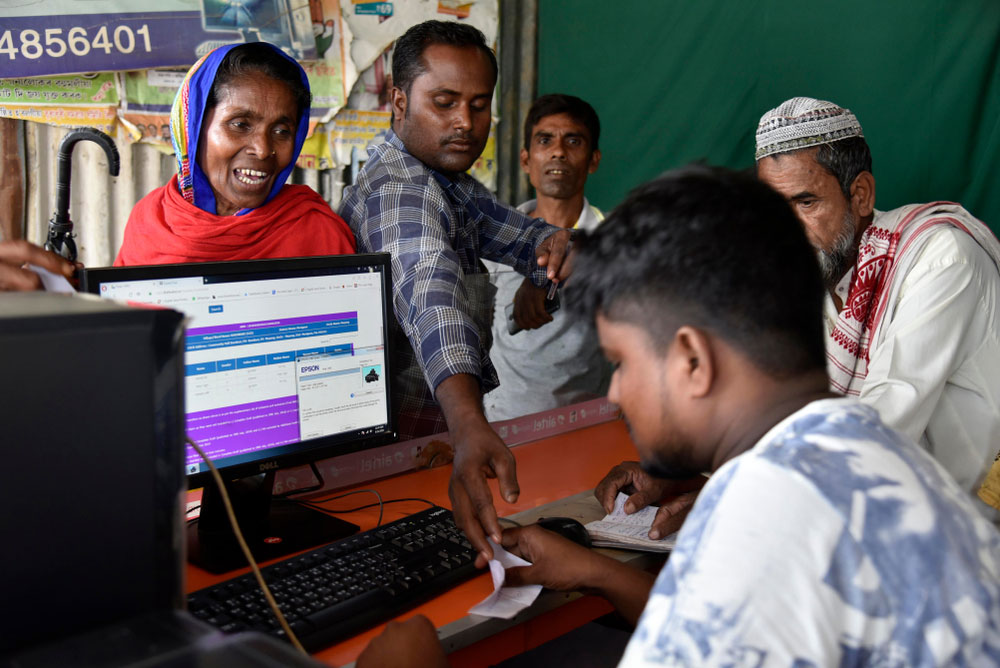 The NRC brings the poor face to face with a State where the document has become critical, introducing people to written words, new terminologies and changed meanings, is not just sudden but also one they have no past experience of.
(Shutterstock)
Bhargabi Das   |   Published 13.11.19, 08:39 PM

In her book, Paper Tiger: Law, Bureaucracy and the Developmental State in Himalayan India, Nayanika Mathur understands the Indian State as binary and in contradiction. For her, there is a State on paper and a State in practice. The notion of the efficient, responsive, successful, democratic, ‘rigid to rules’ State is always on documents. But for real people, the practice of the State is not necessarily that.

Outside the State on paper, the State present, particularly the one that communicates with the poor people including the lower bureaucracy, brokers (panchayat leaders, local party workers, NGO members, contractors, jobbers) is an inefficient, corrupt, flexible State. The document, then, is not seen as important by the people, the lower bureaucracy of the State, and mediators. People know that what is real on paper is not true in practice. When they say that ‘though X amount of money is allotted for the scheme only Y amount has reached us’, we encounter this contradiction that is learnt over years of observation and experience. The document is critical for an ‘official version of the State’; the ‘unofficial version of the State’ hardly goes by it.

The National Register of Citizens introduces us to an understanding of the State and the document which, I argue, is opposed to Mathur’s conception of the State: here it is unitary and in non-contradiction. The document has become important not only for the State on paper but also for the State in practice. This is what is scary for poor, illiterate people. For this exposure to a State in practice where the document has become critical, introducing people to written words, new terminologies and changed meanings, is not just sudden but also one they have no past experience of. Besides introducing people to different notions of kinship — some proved through documents, others not, descendants of ‘doubtful voters’ and so on — the NRC through its regime of documentation has introduced both the lower bureaucracy and the people to terms such as Legacy Data, Linkage Data, Biometric, Clause 4(3), Clause 3(3), Original Inhabitant, Citizen, ARN, Family Tree.

This is an understanding of the State that is alien to the people and the lower bureaucracy. They are not taught to deal with documents; the State for them has never been about documents but how to work around them; it is the State one keeps waiting for, without being too exposed to it, particularly the women. This might also explain why a lot of women were left out of the drafts of the NRC.

The rational, too scientific, efficient, machine-like nature of the State on paper has overtaken the State in practice; this State is dehumanized and a terror for the people. Suicides, or people trying to save their documents instead of lives during floods, are consequences of this sudden exposure. In my sittings during the last leg of hearings in two NRC Seva Kendras, I saw how many names were rejected, for people filled out forms incorrectly or depended on others to fill them. I remember Makum Ali (name changed) who had used his father’s legacy data code. But his father had changed his name after matriculation and in all Ali’s linkage documents his father’s changed name occurs. The disposing officer wanted proof showing both names to indicate the same person and added that Ali could have used his grandfather’s legacy data code. Many people brought with them their villages’ panchayat members who were literate enough to explain matters. Women hardly spoke, even when their cases were called; many blurted out, “We understand nothing of NRC, sir.” Several members of the lower bureaucracy were themselves extremely confused with some clauses of the NRC. In such cases, I would see in the few fraudulent practices slow but mostly failed attempts to try to humanize the system a bit or to see if the familiar binary understanding of the State could still work. Akhil Gupta notes that it is through the discourse of corruption and accountability that Indians have always constructed notions of the State in their daily lives.

After the Christchurch earthquakes in New Zealand, Geoff A. Wilson found that communities with collective memories of tackling disasters were more resilient as opposed to those who had no such memories. This is true in the case of the NRC. The poor, illiterate people who have always experienced the State through its lower bureaucracies knew it as corrupt but flexible; they now have no collective memories to deal with a State that is scientific, document-abiding and rigid.

The NRC takes away people’s rights (does not give them like, say, the MGNREGA) to the point that one can become stateless. When law is based on exclusion and exploitation, it becomes an experience of grave sadness to follow the State on paper. If the State in practice becomes like the State on paper, it will be a dehumanized machine for the poor and illiterate person whose life had never been under the grip of a document. The consequences would be more devastating with the beginning of judicial mechanisms and even more documents dictating his fate, mechanisms he is hardly aware of. That should scare us the most.

NRC: The inversion of accountability