DELHI DIARIES | Yashwant Sinha may think that Nitish Kumar listens to ‘someone else’, but the Bihar CM can turn a deaf ear when he wants to 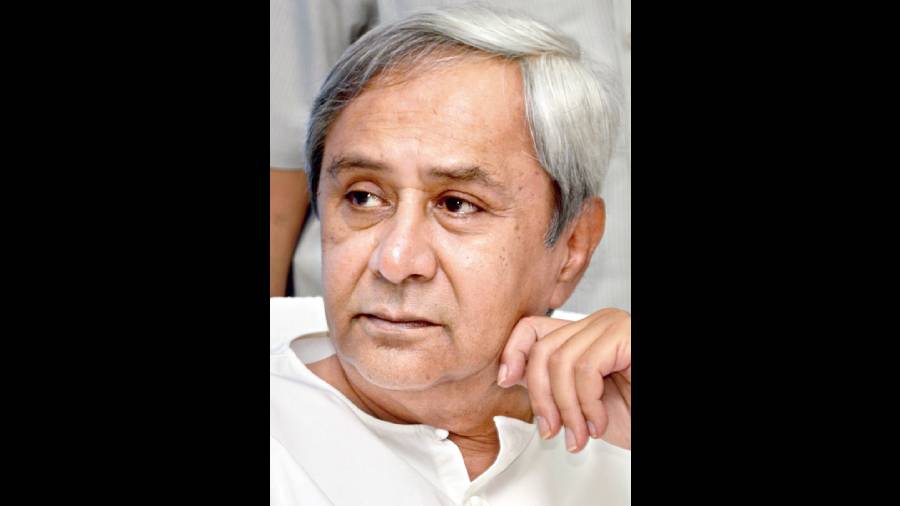 A phone call from the prime minister, Narendra Modi, compelled the chief minister of Odisha, Naveen Patnaik, to extend his support to the National Democratic Alliance’s vice-presidential candidate, Jagdeep Dhankhar. In 2017, Patnaik had supported the NDA’s presidential candidate, Ramnath Kovind, while backing the Opposition’s vice-presidential candidate, Gopalkrishna Gandhi. But this time Patnaik decided to support Dhankhar instead of the Opposition’s vice-presidential candidate, Margaret Alva. This is a change in stance for Patnaik who has so far tried to maintain equal distance from the NDA and the United Progressive Alliance. Immediately after the phone call from the PM, the Biju Janata Dal announced its support for Dhankhar. Political analysts wonder what compels Patnaik to agree to each of the PM’s phone requests. In 2017, he had supported Kovind on Modi’s request, then spared a Rajya Sabha seat and sent Ashwini Vaishnaw to the upper House on the PM’s personal request. Most recently he backed the president-elect, Draupadi Murmu. Most political pundits agree that it was a compulsion for Patnaik to support Murmu as she belongs to Odisha and hails from the tribal community. But the party’s support for Dhankhar remains a mystery.

Yashwant Sinha, the runner-up in the presidential elections, recently complained against the Bihar CM, Nitish Kumar, in public. The former Union minister who had held the finance and the external affairs portfolios is only the third serious candidate from the state since Rajendra Prasad was elected as the president in 1950. Sinha tried his best to seek votes but could not meet Kumar in Patna. “I repeatedly called the Bihar chief minister when the Opposition parties selected me as their candidate in the Presidential polls, but he did not respond. I sent him a message also requesting that I wanted to talk to him, but that too did not succeed. Perhaps I am much below his status,” said Sinha, who was once with the Bharatiya Janata Party.

“It seems that Kumar now listens to somebody else. Had he been concerned about Bihar he would have supported me. He no longer understands Bihar and the importance of supporting a candidate from Bihar,” Sinha added. He also went on to say that Kumar should learn from his Odisha counterpart, Naveen Patnaik, who supported the National Democratic Alliance candidate, Draupadi Murmu — now the president-elect — because she is from his state.

Yashwant Sinha may think that Nitish Kumar listens to ‘someone else’, but the Bihar CM can turn a deaf ear when he wants to. A BJP member of the Bihar cabinet recently rushed to the CM seeking protection when those protesting the Centre’s Agnipath scheme were venting their ire by attacking BJP leaders and their offices. Kumar’s response was not satisfactory. Two deputy CMs then appealed to Kumar. While the latter gave assurances, nothing actually came of them. Worse, Kumar’s party, Janata Dal (United), insinuated that the agitations were against the Centre’s policy and it was up to the Centre to stop them. BJP leaders decided that three appeals were quite enough. Ultimately, 10 BJP members from Bihar were given Y-category security cover by the Centre. Central paramilitary forces were also sent to protect BJP offices in some districts. “Requesting anybody thrice for anything is enough. If you don’t get it, it means he won’t give it,” a senior BJP leader said, asserting that Kumar’s behaviour was an eye-opener.

The Enforcement Directorate has polarised Kerala where the ruling Left Democratic Front demonises it and the Congress-led United Democratic Front lauds it for probing a smuggling case that has embroiled the LDF. But the Congress has a different view regarding the ED outside Kerala, especially since it summoned Sonia Gandhi for questioning in the National Herald case. The Kerala CM, Pinarayi Vijayan, took a swipe at the Congress, noting that the same Congress leaders who were protesting against the ED now had lauded it for moving the Supreme Court to transfer the gold smuggling case to Bengaluru, citing alleged interference from the LDF. The Congress has no convincing reply.

A minister in the Yogi Adityanath government offered to resign, alleging he was being sidelined for being a Dalit. However, Dinesh Khatik sent his resignation letter to the Union home minister, Amit Shah, instead of the CM. This has led to whispers in the corridors of power about the equation between Shah and Adityanath. There are rumours about undercurrents of rivalry between them. Adityanath is a challenge for Shah, who carefully built his image of being second just to the PM in the power hierarchy.

The BJP has a new headache in Karnataka as the police have given a clean chit to KS Eshwarappa, who was forced to resign after being accused of demanding a commission to clear bills. While the immediate task of the CM, Basavaraj Bommai, would be to reinstate Eshwarappa, some want new faces to be accommodated in the cabinet. The state Congress president, DK Shivakumar, described the clean chit as a ‘police closure report’ to “save the government’s dignity.” Ahead of the 2023 state elections, the BJP has its task cut out.