Myanmar's army is increasingly turning to India for training and weapons 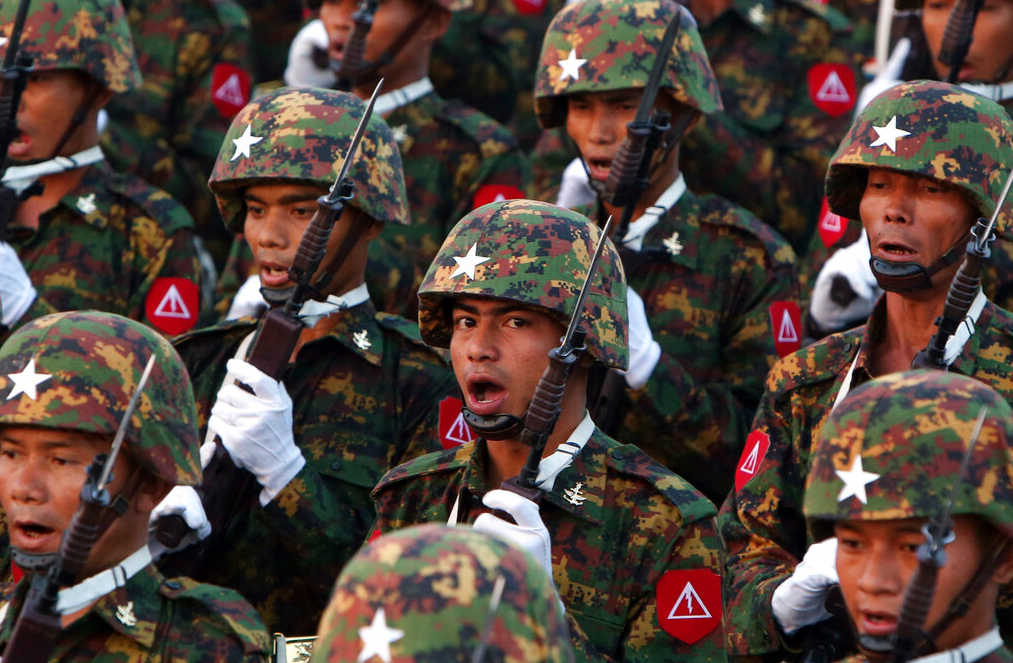 Amid much rejoicing over the Indian air strikes at Balakot in Pakistan-occupied Kashmir — seen as evidence of escalation in India’s counterterrorism response — the Indian army has achieved a major breakthrough in military diplomacy in the East. After several high level exchanges with the Eastern Command in the last 18 months, the Burmese army, known as the Tatmadaw, struck a huge blow to the bases of the Khaplang faction of the National Socialist Council of Nagalim in Myanmar’s Sagaing province. It followed up by attacking the bases of the United Liberation Front of Asom and Manipuri rebel groups. The Ulfa has admitted to losing a major of its military wing. Indian army sources say there has been a spate of surrenders from the ranks of the Ulfa and Manipuri rebel groups as a result of the Burmese military operation.

In February, Burmese troops stormed the NSCN-K headquarters at Taga. The rebels did not resist because their leaders appear keen to remain within the Burmese peace process. The NSCN-K, divided after Burmese Naga leaders ousted the chairman, Khango Konyak, and forced him to return to Nagaland in India, is a signatory of the nationwide ceasefire arrangement in Myanmar. Although it reneged on its ceasefire with India in 2015, it maintains the ceasefire it signed with Myanmar in 2012. This is understandable as most top leaders of the faction, like its founder, S.S. Khaplang, are Burmese Nagas. India has now included the Khango faction in the peace process, listing it as a ‘Naga national political group’, like the other Naga rebel factions, although Delhi has negotiated a final settlement with only the NSCN (Isak-Muivah) faction since 1997.

Indian security forces were hit hard by the K group after they reneged on the ceasefire . In 2015, the Indian army initiated the first surgical strike against a K group base to avenge the killing of 18 soldiers of its Dogra regiment. But ambushes by the K group continued. Khaplang, with support from the Ulfa’s Paresh Barua, formed a rebel coalition, the United National Liberation Front of Western South East Asia, leading to a spurt in insurgent activity in India’s Northeast. The rise in Ulfa recruitment in the aftermath of the citizenship bill controversy in Assam added to India’s worries. That is when the Eastern Command started extensive parleys with the Tatmadaw. The latter’s February operation has knocked out the last trans-border regrouping zone of the northeast Indian rebel groups, a blow from which it will not be easy to recover, especially since the governments in both Bhutan and Bangladesh are in no mood to let them return to their old bases in those countries.

The Indian army reciprocated Myanmar’s gesture by starting a major counter-insurgency operation against the separatist Arakan Army in south Mizoram, which has killed a number of Burmese soldiers and policemen in Rakhine in recent months and emerged as the most potent rebel group in the disturbed province. Although there has been peace in Mizoram since the Mizo National Front ended its bloody separatist campaign in 1986, its remote southern fringes have been used by the Arakan Army as a base area. Denying this base to the Arakan Army is as important for the Tatmadaw as denying the Northeastern insurgents the Taga base area is for the Indian army. This is the first time the Indian and the Burmese military are working in tandem.

But the Arakan Army recently sank a vessel carrying steel girders for the Paletwa bridge and then kidnapped labourers working on the Mizoram-Paletwa road, which is part of the Kaladan multi-modal connectivity project financed by India. Although no Indian national has been hit, the Arakan Army is perhaps signalling to Delhi not to intervene against its forces because it can, if it wants, disturb India’s key project in Myanmar.

India-Myanmar military cooperation dates back to the 1960s when the Tatmadaw attacked Naga and Mizo rebel columns heading to China for training. But Indian support for the pro-democracy movement in the 1980s upset the Tatmadaw, and they stopped operations against the northeastern rebel groups. Indian intelligence, especially the redoubtable officer from the Research and Analysis Wing, the deceased B.B. Nandy, established relations with the Kachin rebels to deny passage to China to the rebels, but that was discontinued in the mid-1990s. Since then, India has left it to its army to woo the Tatmadaw in an effort to deny the Sagaing base region to the rebels.

This is finally yielding results. The Tatmadaw is increasingly turning to India for training and weapons because it suspects foul play by China in the peace process. Rebel groups like the United Wa State Army, the Kokang Army and the Kachin Independence Army enjoy Chinese backing, leading the Tatmadaw to believe Beijing is playing a double game. The West is shunning the Tatmadaw after the atrocities on the Rohingya community in Rakhine. India is the only viable alternative source of training, military hardware and counter-insurgency cooperation. The reciprocal military operations in Sagaing and south Mizoram are a landmark in Indian military diplomacy in the East.