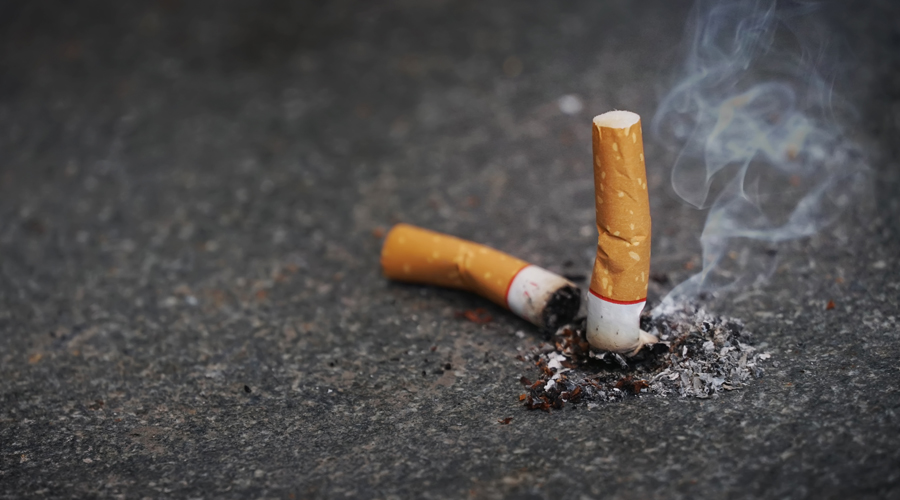 Playing with smoke can lead to devastating fires. Smoking continues to be the leading cause of preventable death around the world, resulting in the demise of millions every year. But even here, there is a hierarchy among nations: some countries fare worse than others. According to a report by the International Commission to Reignite the Fight Against Smoking, India ranks second in the number of smokers between the ages of 16 and 64. As if this was not disheartening enough, the report also found that although 37 per cent of respondents expressed a desire to quit, the actual rate of quitting in men was less than 20 per cent — one of the lowest in the world. Almost 1.35 million people lose their lives to tobacco-related ailments — oral and lung cancers, aortic aneurysm, peripheral artery disease — in India every year. In a highly polluted country — 1.67 million people died in 2019 because of air pollution-related illnesses — a socially-entrenched and addictive habit like smoking has ignited a major public health crisis. Impaired health also imposes a formidable economic cost. A recent study by the World Health Organization concluded that the economic burden of tobacco-use in India stood at one per cent of the GDP. Furthermore, the absence of affordable, universal health coverage leads to significant out-of-pocket expenditure, forcing families into poverty.

Over the years, there have been several attempts to stub the cancer stick. In 2014, the Union health ministry mandated that tobacco companies would have to devote at least 85 per cent of the surface areas of cigarette packets on both sides to graphically represent a statutory warning. Four years later, the Supreme Court stayed an order by a lower court to reduce the size of these warnings. But these deterrents seem to have had minimal effect. Worryingly, other gaps remain unaddressed. For instance, the current tax rate for cigarettes — 52 per cent — is still far below the standard of international best practice. India also has fewer tobacco cessation centres than required. The peak risk of adult nicotine dependence, research says, coincides with the onset of regular use at approximately 10 years of age with an elevated risk persisting to 20 years. There is then a clear need to adopt a piecemeal approach so that early-age addiction can be tackled along with other preventive measures for the general population. Policy also needs to be imaginative. Adolescents often begin smoking in a bid to emulate friends or as a result of peer pressure. It is, therefore, essential for policy to ponder the entire gamut of socio-cultural reasons that leads to tobacco addiction and then frame appropriate responses.