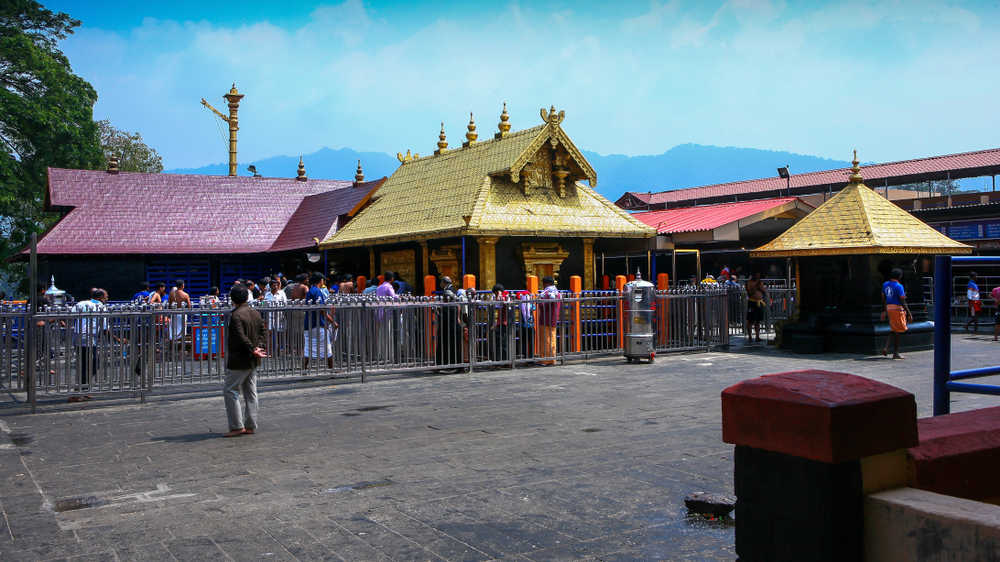 When the traditions of a temple feature large in an election campaign, it exposes the distortions afflicting politics in India. The Congress in Kerala has promised that if it comes to power after the forthcoming assembly elections it will enact a law to bar women of reproductive age from the temple at Sabarimala as has been the tradition. A draft law to this effect has been released, threatening a penalty of up to two years of imprisonment for anyone who violates this or any other tradition relating to the temple. The party’s anxiety for votes seems to have overcome, in the first place, technical propriety — the Supreme Court is yet to review its earlier judgment that had found the temple’s ban on women’s entry unconstitutional. As noticeable is the Congress’s desire to seize what would be a typical promise of the Bharatiya Janata Party in order to gain leverage and, with the same stroke, push aside the Communist Party of India (Marxist) that heads the ruling Left Democratic Front. The CPI(M) had welcomed the 2018 Supreme Court ruling in favour of the entry of women of all ages into the temple. The scale of protests that followed damped its enthusiasm somewhat. That the Congress won 19 of the 20 Lok Sabha seats in the 2019 general elections was perceived to be the result of the Left’s support to the change in traditional temple practice.

In 2018, while Sonia Gandhi and Congress leaders in Delhi said they did not support anti-women traditions, the state party unit had baulked at change. It is the state Congress’s canniness that is now being used as a strategy to win the assembly elections, throwing overboard propriety, fairness, secular distance, interest in governance or any enlightened approach towards tradition, ritual and gender bias. It is a surrender of principles and defined political values for a populist cause. But it is not just the Congress’s decision that is the problem. Using religion in the service of politics is always poisonous: India should have learnt that by now. No party that claims to be secular can dabble in that brew without damaging itself and also giving right of way to religion-driven divisiveness. By helping to valorize superstitious, oppressive and unscientific attitudes, such distortions end up hurting people the most.