Hasty removal of Alok Verma raises many questions, especially on the Rafale probe

The ruling party, under the leadership of the prime minister, Narendra Modi, is taking the people of the country for a ride 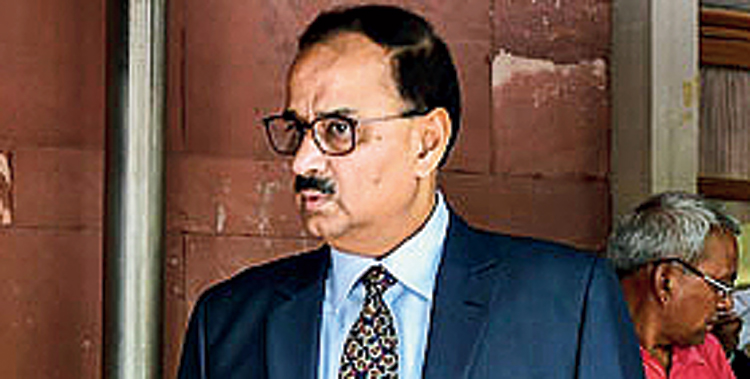 The unprecedented haste with which Alok Verma was transferred after being reinstated as CBI director only deepens the suspicion that the government is fighting tooth and nail to hide some unpleasant truth
PTI
The Telegraph   |     |   Published 17.01.19, 09:52 AM

Sir — The ruling party at the Centre, under the leadership of the prime minister, Narendra Modi, is taking the people of the country for a ride (“Are we donkeys?”, Jan 11). This is evident from the recent removal of Alok Verma from his position as director of the Central Bureau of Investigation by the selection committee led by Modi himself. Verma was transferred to a separate department, from which he has now resigned. To shed more light on the matter, Mallikarjun Kharge, the leader of the Opposition who was also on the panel, had asked for an independent probe into Verma’s case. One wishes that some thought had been given to Kharge’s suggestion.

However, the haste with which Verma was removed from his post — the action was taken less than 48 hours after Verma’s reinstatement by the Supreme Court — raises several questions in the mind of the common citizen. Was there any apprehension regarding the possibility of Verma making headway in the Rafale deal investigations? The people of India will certainly judge the government’s actions in the upcoming general elections.

Sir — A.K. Patnaik, the retired judge supervising the selection committee’s investigation into Alok Verma’s case, has observed that the panel’s decision to remove the CBI director was a “very, very hasty” one. More important, he has emphasized that the findings presented by the Central Vigilance Commission against Verma were not his own. His statement indicates that a gross injustice has possibly been carried out against Verma, an officer with a hitherto impeccable track record. This reinforces suspicions that the government may indeed have something to hide on the Rafale deal, which Verma was reportedly keen on investigating.

It is now incumbent on the committee to reconsider Verma’s ouster, lest it set a bad precedent. He must be restored as the CBI chief. The panel must also ensure that the CVC does not lose its credibility in the eyes of the people.

Sir — The Bharatiya Janata Party government must have found itself in a tight spot when the Supreme Court reinstated Alok Verma as the director of the CBI. Judging from the urgency to remove Verma from his position — he was not allowed to continue for even another day — one is suspicious that the government was wary of any probe that Verma would have initiated into the contentious Rafale deal, especially with the Lok Sabha elections around the corner. As such, the removal of Verma from the CBI by the panel headed by the prime minister himself is only to be expected.

While Modi’s support for the removal of Verma during the meeting of the three-member panel is understandable, the insistence of A.K. Sikri for the same is a little baffling. In spite of Mallikarjun Kharge’s suggestion that an independent probe be conducted into the charges against Verma, it is curious that Sikri, who was appointed to panel by the Chief Justice of India, hastened to align with Modi, that, too, within 48 hours of the judgment to reinstate Verma passed by a bench headed by the Chief Justice himself. Rational judgment should not be superseded by partisan politics in such an important matter.

Sir — The unprecedented haste with which Alok Verma was transferred after being reinstated as CBI director only deepens the suspicion that the government is fighting tooth and nail to hide some unpleasant truth. After this episode, people cannot be blamed if they become inquisitive about what misdeeds the Centre is trying to conceal.

It has become a standard practice for successive governments in India to use the CBI to further their narrow political gains, but never before had such an occasion arisen when a CBI director was perceived as such a threat for the ruling party. Now the government seems to be in a fix — both the suppression as well as the revelation of the secret will have a direct bearing on the outcome of the general elections.

Sir — The removal of Alok Verma from the post of the CBI chief is disturbing. The entire episode smacks of utter disregard for any idea of justice. This seems to be an attempt to instil fear in the hearts of all those who dare question the government, because if an official holding a post as high as that of the CBI chief can be removed so easily, no one else stands a chance. However, the ultimate power lies with the voters. Verma’s ouster might well ring the death knell for Narendra Modi’s party in the Lok Sabha polls. 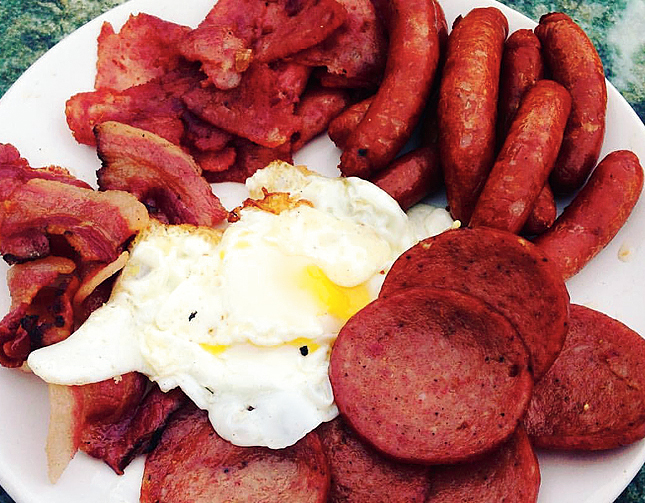 A platter of pork from Kalman
Nayantara Mazumder

Sir — There are whispers that meat lovers in Calcutta are sporting black armbands these days. The reason is obvious: the famous institution, Kalman Cold Storage — the cradle of the beloved Hungarian sausage — has shut down. The closure of Kalman coincided with the ‘demise’ of a famous vegetarian canteen in southern Calcutta. The loss will not be felt by foodies alone. Kalman, started by a Hungarian trapeze artist, was integral to Calcutta’s history. It was a sign of the city’s truly cosmopolitan character. The sign is now gone, like many other emblems of pluralism that are vanishing from New India.