End of the beginning

The battle lines have been drawn for millions of Indians 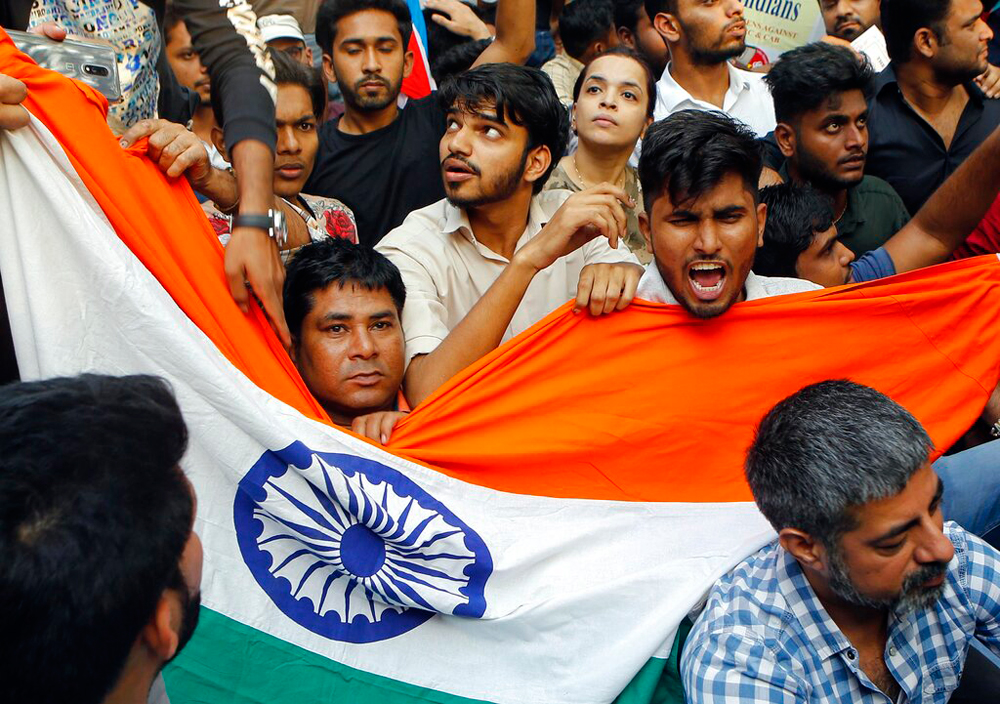 Anyone who is surprised by the BJP-RSS regime’s legislative and other manoeuvres since its re-election in May hasn’t been paying attention. Those who are shocked by the Modi-Shah duo’s crude and cruel stunt in Kashmir, or the free rein given to the police and goons in BJP-ruled states against those protesting the CAA-NRC, haven’t really been engaging with India since early 2002.

When Narendra Modi was brought in as chief minister of Gujarat in late 2001, he is said to have stated that he wasn’t there to play Test cricket, he was there to win a limited-overs game. What exactly that game was became amply clear when Godhra happened, and with the extended post-Godhra massacres, rapes, rioting and mass arson in the state under Modi’s watch. After that, it can be said that Modi and his chief lieutenant, Amit Shah, played a series of short, time-bound games while running the state and, at the same time, developing a longer campaign in the shadows. Whatever means the pair used to navigate safely through the 10 years of UPA rule at the Centre, when they found themselves more or less untouched by the fallouts of the 2002 violence and the various smaller encounter killings and murders that took place in Gujarat during their rule, they took the famous Nietzschean maxim to heart: what doesn’t destroy you makes you stronger. They had the audacity to first take control of the BJP-RSS’s 2014 campaign and then, after victory, to remake the Bharatiya Janata Party in their own two-headed image.

Since assuming office as prime minister, Modi has continued to play short, time-bound games, but this time with the whole of India. In this, he has been helped enormously by the fact that any member of the board of control or neutral umpires could be replaced by craven individuals who clearly understood that their role in the pantomime was to ensure that only one side ever won the contest. Also central to this game-playing was the fact that substantial sections of the voting population, especially in north, central and west India, were content to demonize Muslims and other minorities; and that a large segment of voters were disaffected, impatient, frustrated at the lack of economic prospects and young enough to be free of any troubling memory of Godhra and Gujarat. Messrs Modi & Shah were quick to capitalize on these realities even as rival political parties were obtusely slow to recognize the challenge these men posed.

A weak and scattered set of opponents meant that Shah could place sticks on the hills and claim to have surrounded various sections of the establishment. The message in early 2014 was pithy: we are coming to power so co-operate with us from now; if you don’t, once we have control, we will make life very difficult for you. Those industrialists who weren’t fully behind the BJP-RSS fell into line even though they should have known better. Big media houses and their owners should have shown more courage but, barring a few brave exceptions, most of them went into a full, shastang crawl at the earliest opportunity and have stayed there, oozing disgracefully across the floor for over five years. In a short time, enough of the civil service and the judiciary also developed amnesia about the fact that they had sworn allegiance to the Indian Constitution.

Even if one could, for a moment, leave aside the lynching of innocent Muslims and Dalits, leave aside the macabre absurdity of installing a man like Yogi Adityanath as chief minister, leave aside the BJP MLAs who now stand convicted of rape and murder and leave aside the Rafale deal, by normal logic, the massive fiasco that demonetization has proved to be would have been enough to put paid to any democratic government. At the very least, there would have been resignations from the finance minister and even from a self-respecting prime minister. Now add to this the botched implementation of the GST, the lack of oversight as major defaulters escaped the country, the economy going into free-fall, and then the massive security failure of Pulwama. Imagine some other government failing so badly on so many fronts, and then imagine what a demagogue like Modi in the Opposition would have made of that in any election campaign.

Yet, not only is this regime still with us, but it is also slamming away at the structure of the Republic with an even bigger wrecking ball. After the events of the last few days, it is even clearer than before that Modi is still the prime minister, and Shah is now in charge of the home ministry, chiefly for three reasons: the absurdly corrupt electoral bonds law that allowed uncharted millions to pour into the BJP’s coffers, an Election Commission eviscerated of all fairness and our tragically supine and mendacious media.

Every serious upheaval cuts in several directions. As chief minister, Modi memorably said in 2002, even as Gujarati Muslims were being butchered a few miles away, ‘Every action has a reaction.’ Several actions, then, may have several reactions. The nation-wide protests against what one must now call the twin Citizenship Denudation Laws tell us several things. First, you can fool all the people some of the time and some people all the time but you can’t fool all the people all the time. Second, young Indian adults may not have Gujarat 2002 on their memory drive but they certainly have the disastrous last five-and-a-half years sharply inscribed. Hundreds of thousands of them (not all of them in universities) have quickly connected the dots between the Modi regime’s carpet of lies, its bad-faith promises and its failed ones, its smoke and mirror games and the evil, draconian, Republicidal laws it is bringing in. Older people tend to refer to the college students as bachche, children, but today’s 18-25 year-olds, especially the educated ones, know quite a bit about the world and are able to express their own opinions and act on their convictions. Three, while the BJP-RSS under Modi-Shah is incapable of backing down on mistakes, other political parties are more supple and many in the National Democratic Alliance will now have the courage and incentive to de-link from the boss-party. Four, this country may be much harder to divide along communal lines than some leaders had imagined. Besides the millions of Indians who are not communal, large sections of Indians may have been indifferent to the plight of minorities up to a point, or temporarily willing to look the other way in the hope of some economic uplift. But once you completely expose yourself and take things too far, these people too begin to discover their dormant feelings of sadbhavna with their fellow citizens. Five, internationally, a country needs as many friends as it can have and the passing of these two despicably bigoted laws have lost India much goodwill. The bill for this will show up sooner rather than later, not only in trade but also geopolitically.

This moment may not be, as optimists claim, the beginning of the end for the Modi regime and its repulsive ideology, but, as Winston Churchill once said, it is perhaps the end of the beginning. Perhaps this is the end of the fixed short-term games, with the cheap trickery now forever exposed. While we should stay prepared for the long haul and a slow, attritional struggle before we are free of this horror, from this point onwards, the lines are clearly drawn for perhaps the first time for a critical mass of people across India.

The story of Modi that triumphed the Opposition