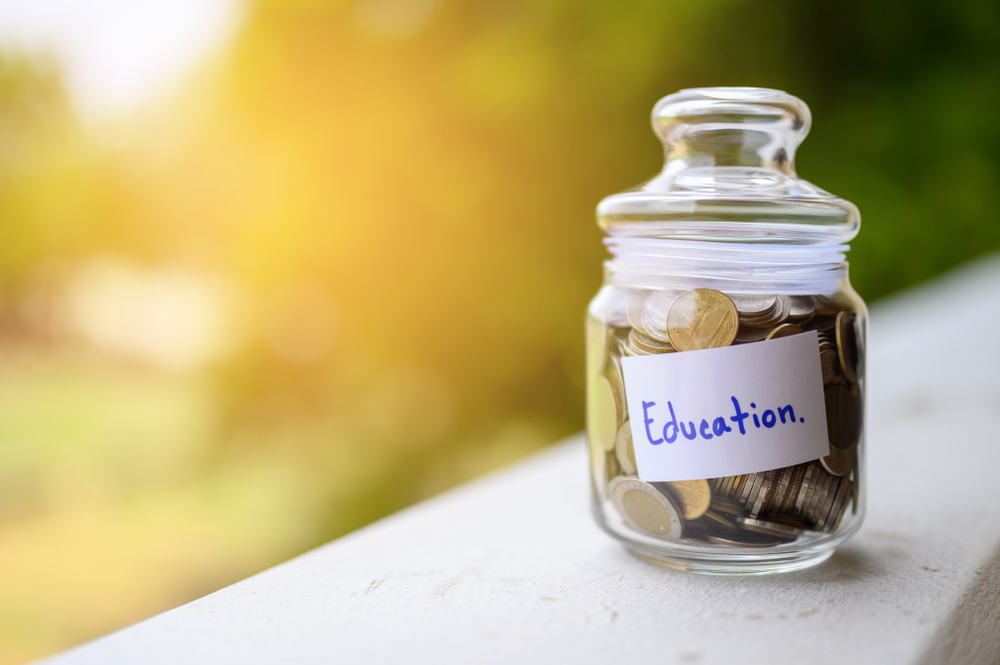 Nirmala Sitharaman’s budget outlay generates an illusion of increased spending in the sector, with an overall hike of nearly 13 per cent from last year’s allocation estimates. But a deeper probe of the data reveals a different story.
(Shutterstock)
Debaditya Bhattacharya   |   Published 01.08.19, 12:01 PM

In her budget speech on July 5, the finance minister, Nirmala Sitharaman, reiterated the government’s plan of bringing in a new National Education Policy, thereby initiating “major changes in both school and higher education”. Her announcement comes close on the heels of a draft NEP published by the ministry of human resource development in June. Even as feedback has been sought on the draft policy, Sitharaman mandated the setting up of a research funding body, which was mentioned for the first time in the draft NEP. Whether or not this may be regarded as a breach of legislative procedure, the NEP draft has caught the fancy of the ruling-party legislators. However, did the Union budget live up to the policy directions indicated in the NEP draft? What has the Narendra Modi government’s first budget promised for the education sector?

In suggesting a massive structural overhaul of institutional governance and pedagogical objectives, the draft NEP argued for more than doubling the public expenditure in education. Sitharaman’s budget outlay generates an illusion of increased spending in the sector, with an overall hike of nearly 13 per cent from last year’s allocation estimates. But a deeper probe of the data reveals a different story. The share of school education funding has, in fact, dropped from 2.05 per cent to 2.03 per cent in the current fiscal outlay. Similarly, in higher education, the share of cumulative Central expenditure has fallen from 1.43 per cent in 2018-19 to an estimated 1.38 per cent in 2019-20. These figures point towards an effective decrease in the proportion of education spending over successive budgets, and a consequent lowering of the sector’s priority within the Centre’s budgetary commitments.

The trend is further vindicated by a 2 per cent reduction in the Centre’s contribution towards school education and literacy, from a revised estimate of Rs 8,621 crore in 2018-19 to Rs 8,465 crore. Add to this the present annual inflation rate of 5.24 per cent, and the total allocations have declined by more than 7 per cent in school education. Pitted against the NEP’s proposal of extending the Right to Education Act to cover school-going children of all ages till Class XII, a steep fall in resource-availability sounds sinister.

The draft education policy spent an entire chapter on detailing the abysmal quality of education of teachers and envisioned a “high quality four-year integrated B.Ed programme” as an effective antidote. It has called on the government for “substantial investment and capacity creation” in this respect. Sitharaman’s expenditure budget, however, went on to slash the Rs 871 crore marked under the account head for ‘Teachers’ Training and Adult Education’ in 2018-19 to a meagre Rs 125 crore this year. Scaling a direct fund cut to the tune of 86 per cent in teacher training exposes the hollowness of the Modi government’s plans for building “global best education systems”. Given the dwindling State support, teacher-skilling institutes have turned into private degree-selling shops.

The ‘National Scheme of incentive to Girls for Secondary Education’, launched in 2008 by the UPA-I regime in order to prevent drop-outs among girl children in the middling stages, has suffered a 61 per cent reduction in allocated funds this year. The Centre’s gross budgetary support for the mid-day meal scheme in schools has been slashed by 32 per cent, while — with compensatory allocations from the Prarambhik Shiksha Kosh — the net increase projected under the scheme is a paltry Rs 500 crore over the previous year’s grant of Rs 10,500 crore. When adjusted for inflation, the mid-day meals doled out in government schools will have weathered a dip in expenditure, the fallout of which would be a deterioration in the standards of food, nutrition and hygiene.

The Higher Education Financing Agency, which seeks to damningly restructure public funding as loans and not subsidies, has been impoverished by a deduction of Rs 650 crore from its booty. This means that the HEFA will now source its loanable capital from the market and urge public institutions to embroil themselves in corporate debt. Institutional debt must go hand-in-hand with restricting access to ‘student financial aid’ (fellowships and scholarships) that has witnessed a steep reduction from Rs 2,600 crore in 2018-19 to Rs 2,306 crore in 2019-20. Accounting for inflation, this translates into a nearly 17 per cent curtailment of funds for socially and economically underprivileged students across higher education institutions. The Prime Minister’s Research Fellowship has been trimmed from Rs 75 crore to Rs 50 crore, potentially reducing the number of beneficiaries in science and technology disciplines. The University Grants Commission, entrusted with the task of disbursing infrastructural and research funds to higher education institutions, has had its kitty shrunk by 2.6 per cent while the All India Council for Technical Education has recorded a 5.6 per cent lower allocation in this budget. The grants to 45 Central universities, when adjusted against a projected repayment of HEFA loan principal/interest and accounted for inflation, register an actual downturn in expenditure in spite of a marginal increase.

Sitharaman’s budget spells out the colossal failure that the draft NEP is fated to be.

Hindi in schools: Education policy should not play games of domination