The CJI’s speech has ignited hope that the rule of law, bound by ideals of justice, would perhaps be applied to issues such as the CAA or the Bhima-Koregaon case 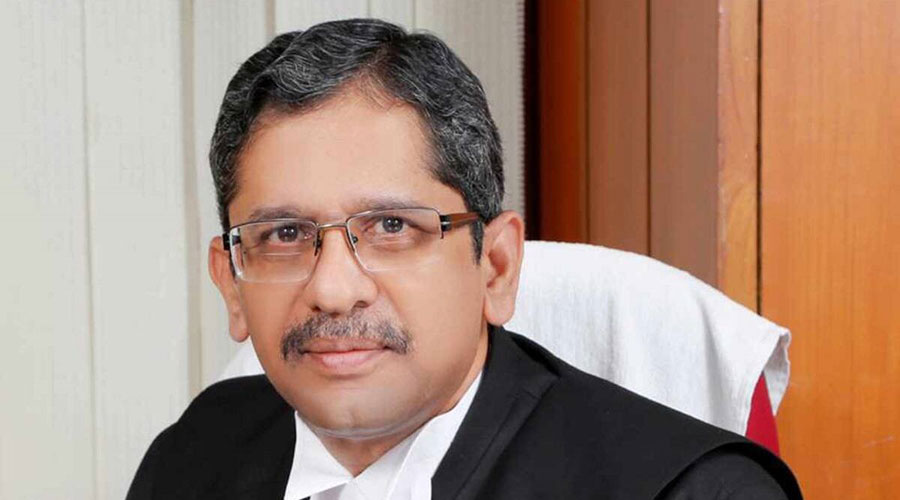 When there is excitement over a speech that asserts what should have been normal, it is clear that India is going through hard times. In the Justice P.D. Desai Memorial Trust lecture, the Chief Justice of India, N.V. Ramana, underscored the nature of a functioning democracy. In it people’s sovereignty is manifested by their dignity and autonomy, achieved through a public discourse both ‘reasoned and reasonable’. The emphasis on reason and on people’s dignity hit hard at a time when both are seriously endangered. In this context the CJI declared that the mere right to change rulers every few years is no guarantee against tyranny. Articulating something that democratically-minded Indians have been feeling for a while, this statement gave to the speech a deep, strongly reverberating dimension. The CJI did say that Indians have shown themselves up to the task of electing governments — they chose a different party or combination eight times out of 17 elections — but his vision of democratic space implied their continued engagement. Besides elections, integral to democracy are day-to-day public discourses, criticism and protests.

But these require an atmosphere of justice. The CJI spoke of the possibility of oppression by weaponizing law, as the colonial rulers did. That was rule by law, not the rule of law, the subject of his speech. The rule of law would need an independent judiciary free of pressure from the executive and legislature and, nowadays, from the amplified force of social media. At the same time, law must be used to render justice, not to inflict oppression. By referring to the tyranny of the elected and the use of law for oppression, the CJI’s speech went to the core of current experience. It gained a sharper point with his suggestion that it was necessary to reflect how far the rule of law was used for the protection and welfare of the people during the pandemic. The CJI’s speech ignited hope that the rule of law, bound by ideals of justice, would perhaps be applied to issues such as the Citizenship (Amendment) Act or the imprisonments in the name of the Bhima-Koregaon violence. Equally important would be the recovery of the democratic space with public discourse and expressions of dissent, for that would offer the most meaningful resistance to tyranny.