Advertisement
Home / Opinion / An ode to office: Editorial on office not being dead yet

An ode to office: Editorial on office not being dead yet

Reports also show that across the world, work from home had been creeping up the popularity chart steadily for a decade 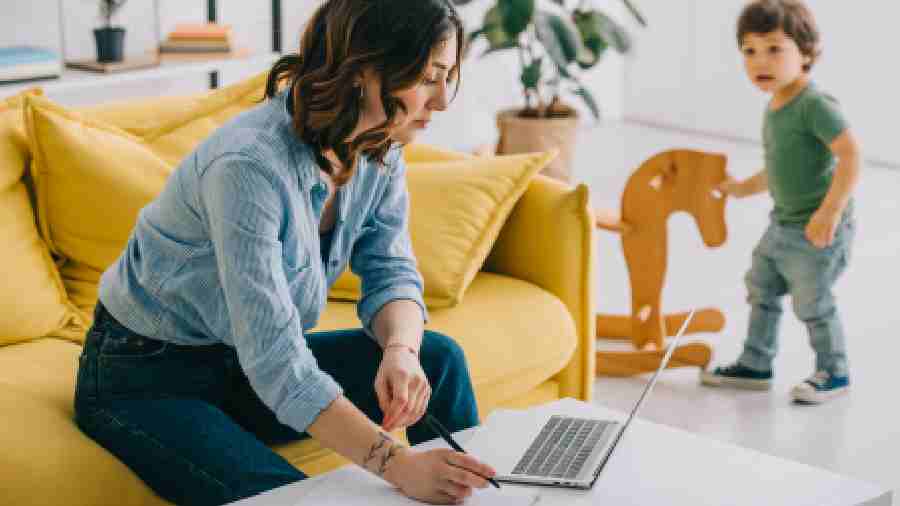 WFH, in spite of its necessity, cannot provide those little pleasures — feverish gossip about colleagues and bosses, the heady taste of collaboration and teamwork.
Shutterstock
The Editorial Board   |   Published 25.09.22, 04:17 AM

In the spring of 1822, an employee in one of the world’s earliest offices — that of the East India Company in London — wrote in a letter to a friend, “You don’t know how wearisome it is to breathe the air of four pent walls, without relief, day after day, all the golden hours of the day between ten and four.” Charles Lamb, the weary employee, wished for “a few years between the grave and the desk”. No matter, he concluded, “they are the same.” Lamb would have been perfectly happy in the new normal where employers and employees prefer to work from home.  Historically, offices were created because back when industrialisation was gathering steam, having all employees under the same roof led to efficient communication and productivity. It was the internet — not Covid — that struck at the root of the idea of the office. Since then, rising rents, the digital revolution and increasing public demand for flexible working hours meant that the office began to be seen as an anachronistic institution. More than half of the American workforce had already begun working remotely before the pandemic struck. Reports also show that across the world, WFH had been creeping up the popularity chart steadily for a decade.

Should then the obituary be read out for the office? Not quite. Relief at the freedom from the daily commute and pleasure at turning one’s back on what Philip Larkin called “the toad work” are increasingly tinged with regret and nostalgia. As professionals prepare for another unremarkable workday from home wearing pajama bottoms, it may be prudent to interrogate the office’s contribution to modern life. Office spaces were designed — at least on paper — to be meritorious and democratic and, as such, wipe out divisions of class, caste and religion. Some of these goals were met: socialisation among diverse faiths and between the genders provoked contemplations on equality. Working women carved out a distinct — empowered — social identity. Perhaps one of the biggest reasons for missing office has been further disruptions to an already fragile work-life balance. Burnout among employees is increasingly being attributed to a tyrannical WFH regime with seemingly endless hours of labour. Interestingly, the ghost of the office continues to linger because the domestic space is undergoing design — aesthetic — transformations as they begin to function as hybrid spaces of work and leisure. It is no longer uncommon to find families with twin earners — usually the husband and the wife — occupying designated corners of their home office.

Loss and longing are deeply ingrained in the cultural reminiscing of the office. In spite of embedded fault lines, the office as a realm of productivity was blessed with the human touch. WFH, in spite of its necessity, cannot provide those little pleasures — feverish gossip about colleagues and bosses, the heady taste of collaboration and teamwork, the occasional whiff of stimulating company — that make work pleasurable in diverse ways.