Advertisement
Home / Odisha / U-20, but long way to go 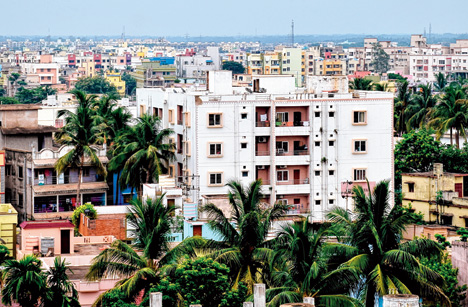 Bhubaneswar: Satisfaction and scepticism greeted Bhubaneswar's performance in the Centre's first-ever Ease of Living Index, the results of which were announced on Monday.

Odisha's big entry in the exercise, Bhubaneswar, came in at 18th in the survey among 111 cities in the country.

Pune, Navi Mumbai and Greater Mumbai - all in Maharashtra - were ranked the three most liveable places. The state's other entrant, Rourkela, finished in a dismal 87th place.

Earlier this year, Bhubaneswar missed on the India Smart City Awards, and made little improvement in liveable city index, finishing behind Vishakhapatnam and Amravati.

The Union ministry of housing and urban affairs had undertaken the exercise to rank the country's major cities on the basis of four parameters of ease of living - governance and social, economic and physical infrastructure.

Bhubaneswar stands fourth in the 5-10 lakh population category. Pune, on the other hand, tops the chart in every category. The other parameters that the cities were assessed on include health, education, identity and culture, safety and security, public open space, power supply, economy and employment.

The ministry said the cities had been evaluated on a 100-point scale across 78 indicators - institutional and social pillars carried 25 points each, economic pillar 5 points and physical pillar 45 points.

Housing and urban affairs minister Hardeep Singh Puri, who released the index, said the assessment was the first of its kind globally in terms of scale and coverage and the rankings marked a shift to a data-driven approach to urban planning and management while promoting healthy competition among cities.

"We are happy to have got such a rank. We have made strides when it comes to improvement of services and living standards over the past few years. We are committed to do our job in such a manner," said a Bhubaneswar Smart City Limited official.

The survey has also allotted separate ranks in separate categories. Bhubaneswar ranked at 25th in governance, 11th in education, 59th in health, 17th in safety and security and 86th in housing and inclusiveness.

In the four different pillars, Bhubaneswar came in at 25th in industrial, 13th in social, 18th in economy and 19th in physical.

"This is the first such government survey. We will try to do better in the next one," said the smart city official.

After topping the first smart cities list in 2016, Bhubaneswar missed out on the India Smart City Award-2018, which assessed the progress of smart city projects here.

"We have executed a number of projects under the Smart City Mission. Some of these will be introduced shortly. These include the public bicycle-sharing system, common payment card and a few others," said mayor Ananta Narayan Jena.

He said after introduction of the projects, which also include some major housing projects, the city will go to the top of the ranking table.

"We are making attempts to improve overall services in the city. This will definitely yield results," said the mayor.

Residents, however, remained sceptical about the city's improvement.

"Bhubaneswar was once one of India's most beautifully planned cities. Now the situation has degraded and it is evident from the present drainage failure," said Bikash Sahu, a resident of Patia.