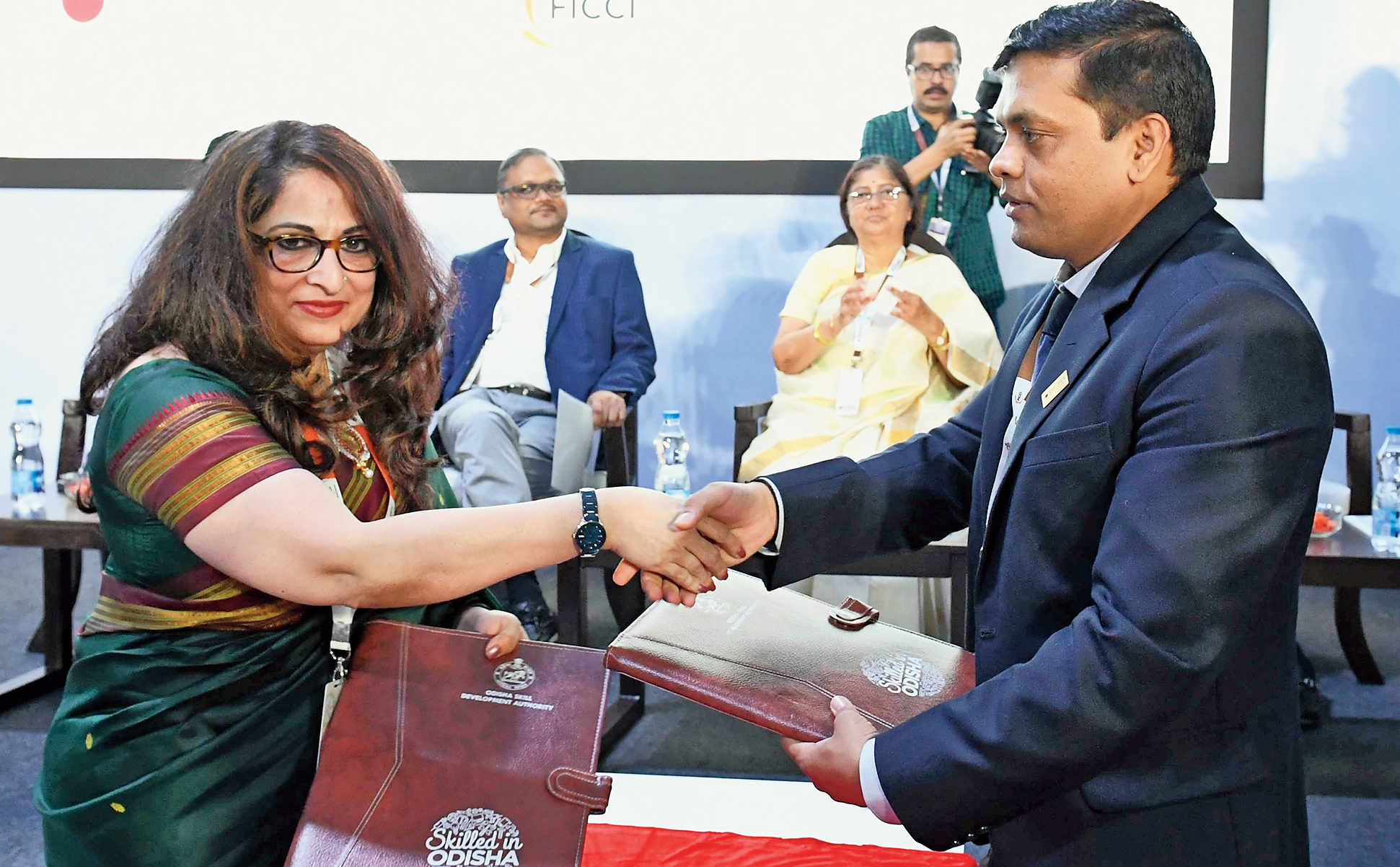 An MoU signing ceremony at the Make in Odisha Conclave in Bhubaneswar on Tuesday.
Picture by Ashwinee Pati
Sandeep Mishra   |   Bhubaneswar   |   Published 14.11.18, 11:31 AM

The state government on Tuesday inked five of the six agreements for skill development at the Make In Odisha Conclave, while the path-breaking one was signed on Monday to develop a World Skill Centre in the city.

The government signed pacts with ITEES, Singapore for the centre. The five pacts signed on Tuesday include one with Ficci for strengthening employers’ engagement programme and promoting the ecosystem of training and recruitment. Schneider Electric India Foundation, Bangalore entered into an agreement to align training infrastructure for the government ITIs in the state for electrical programme, while Sugerforth Technologies Private Ltd, Chennai will get jobs for the trained candidates.

“We want corporate India to make a beeline to the state in three years not just to hire but to lock in talent. In five years, we want global preference for Odisha’s youth across sectors. Nations of the world will come to Odisha to hire. In long term, the state must be recognised for skilled professional,” said Singh.

He said the state had undertaken initiatives to make students and professional skilled such as reaching out to role models, changing the ITI uniform, enlisting support of Tata Strive for life skills training, organising ITI sports festivals and leadership training of 100 ITI principals among others.

Experts also discussed on skill development in the service sector. Panchayati raj principal secretary D.K. Singh said that due to the emergence of disruptive technologies such as artificial intelligence, machine learning, nanotechnology, 3D printing and robotics, there was a change in employment landscape.

“There is a difference in the job market and in-demand skills compared to a decade earlier. The rapid technology advancement calls out for jobs, which require development of technical skill set. It is critical for us to equip our population with effective education.”