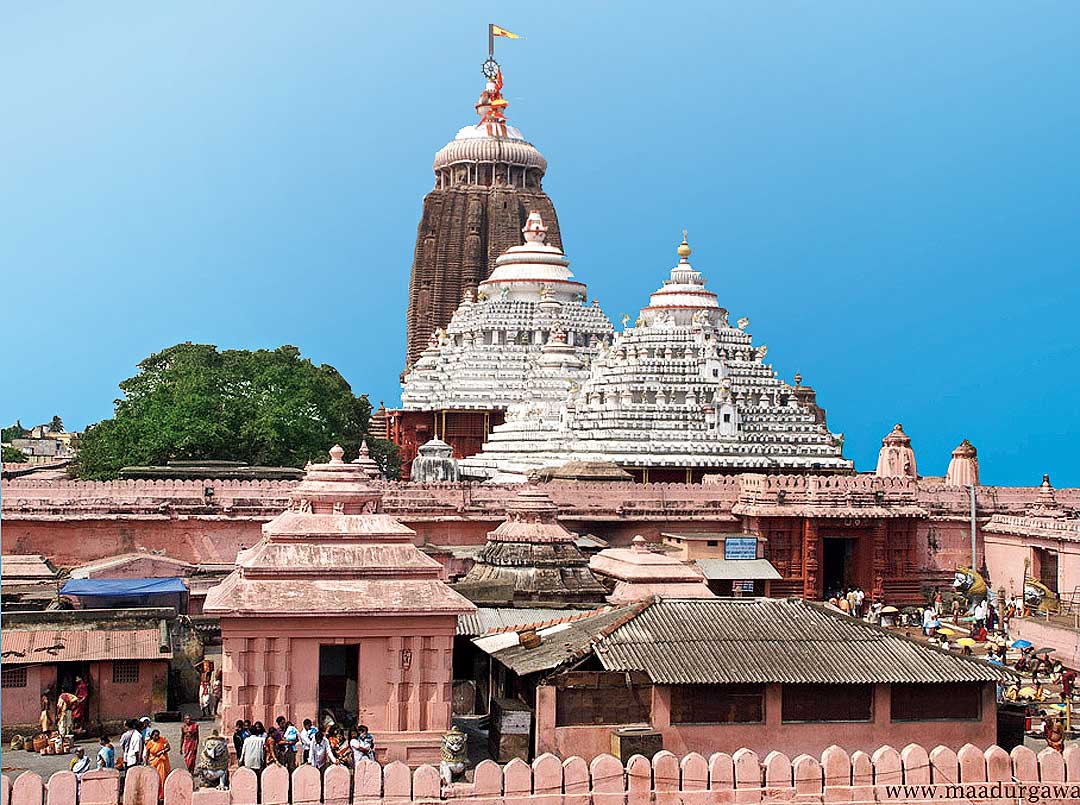 The annual 'Chandan Yatra' and 'Akshaya Tritiya' festivals of Lord Jagannath will be held inside the temple premises in Puri on Sunday, but the rituals will be performed by the priests and servitors and no devotees will be allowed in due to the lockdown imposed to curb the spread of coronavirus, the temple management committee head said on Saturday.

The two festivals are considered important because they mark the beginning of the preparations for the world famous Jagannath Rath Yatra in Odisha's pilgrimage city.

The Shree Jagannath temple of Puri is dedicated to Lord Jagannath, a form of Vishnu.

'The rituals will be performed by selected priests and servitors but devotees will not be allowed to enter the temple premises,' Gajapati Maharaj of Puri Divya Singha Deb, who heads the temple management board, said.

On the possibility of holding the Jagannath Yatra as per schedule on June 23, Deb said a decision in this regard will be taken after May 3. The extended nationwide lockdown is slated to end on May 3.

Akshaya Tritiya, which heralds the beginning of the construction of chariots for the annual yatra, is held at the 'Rath Khala' outside the temple, while the Chandan Yatra is organised in a tank in Puri.

'During the Chandan Yatra or 'sandalwood voyage' of Lord Jagannath, images of the deity are floated on a boat in a sacred tank in Puri.

'It is the longest festival of Lord Jagannath that is held for 42 days in two phases,' Bhaskar Mishra, a researcher on the Jagannath temple culture, said.

The decision to organise the festivals inside the temple premises was taken during the temple managing committee's meeting with Govardhan Peeth Shankaracharya Swami Nischalananda Saraswati on Friday night, Deb said.

'According to the advice of Guruji (Shankaracharya), it has been decided to conduct both Akshaya Tritiya and the Chandan Yatra on the temple premises. The Guruji said the tradition of the temple should be maintained and the centuries-old rituals cannot stop,' Deb told reporters.

He had earlier said the temple administration will not undertake any activities outside the temple premises in view of the ongoing shutdown.

Apart from Deb, members of the Jagannath Temple Management Committee, including Shree Jagannath Temple Administration (SJTA) chief administrator Krishan Kumar, the district collector and superintendent of police (SP) of Puri, met the Shankaracharya to seek his advice on how to conduct the rituals amid the lockdown.

Deb said the lockdown guidelines prohibit religious congregations both inside and outside the temple.

The 12th-century shrine has been closed for devotees since the imposition of the lockdown in Odisha on March 22.

Kumar said the collector and SP will hold a meeting with the servitors of the temple on Saturday to decide about the place on the premises where the Chandan Yatra and Akshaya Tritiya rituals will be held.