8 die of dengue at Cuttack hospital

With the death of a 26-year-old Sukanta Pandi, this is the eighth dengue death of the season at SCB’s dengue ward 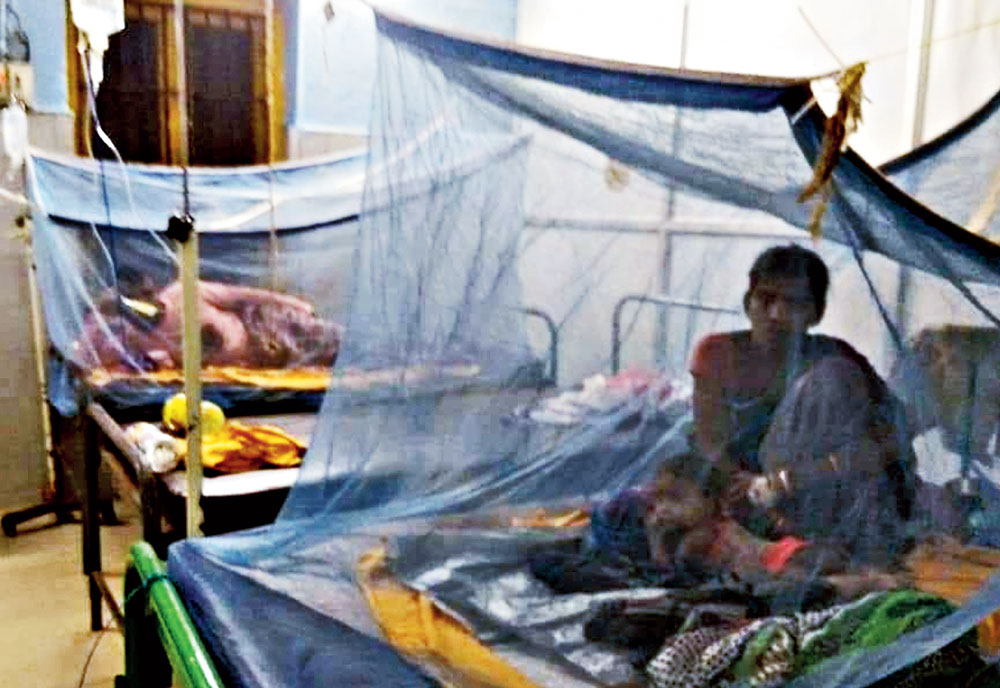 One more person has died while undergoing treatment at SCB Medical College and Hospital’s special dengue ward on Tuesday.

With the death of a 26-year-old Sukanta Pandi, this is the eighth dengue death of the season at SCB’s dengue ward that was opened on May 26.

Pandi died around 3am on Tuesday. He had been undergoing treatment for the past six days. He was admitted to SCB with dengue symptoms on October 30.

“As he was found with multi-organ failure (hepatopathy with hepatic encephalopathy), he was put under treatment in the intensive care unit. There, he succumbed late on Tuesday night”, said assistant nodal officer for treatment of dengue cases at SCB Sriprasad Mohanty.

Emergency treatment and free blood tests are being provided to patients suffering from dengue. Patients with suspected dengue symptoms are being thoroughly checked at the casualty and outdoor departments and admitted without delay, claimed a health official.

Over the past five months, there had been no let up in turning up of dengue cases at SCB with more than 2,500 dengue patients admitted for treatment so far.

Around 2,425 patients have been cured and discharged after treatment, while more than 70 patients are undergoing treatment at present.

The cases indicated that dengue has spread to 20 districts while about 65 per cent of the patients from the six coastal districts — Balasore, Bhadrak, Kendrapara, Jagatsinghpur, Cuttack and Puri. Other patients have been from 14 other districts — Nayagarh, Khurda, Jajpur, Dhenkanal, Angul, Keonjhar, Boudh, Sambalpur, Ganjam, Rayagada and Sundergarh, Deogarh, Kalahand and Bolangir and also from neigbouring states such as Bengal, Bihar and Jharkhand.