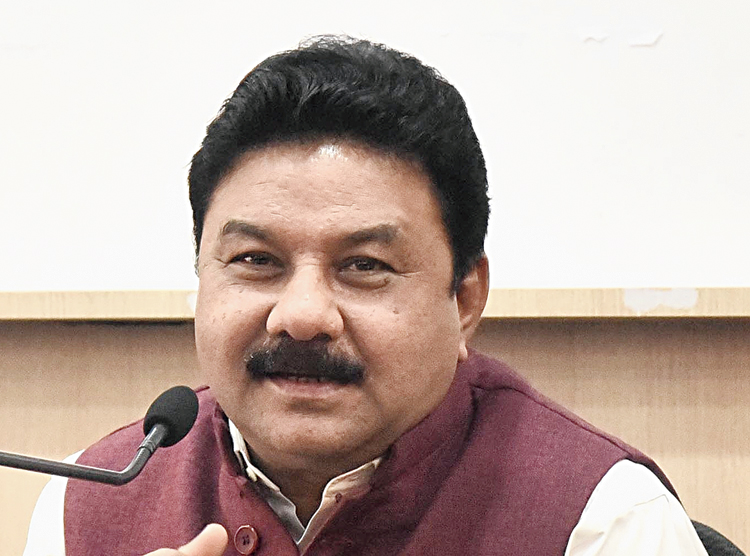 Assam BJP president Ranjeet Kumar Dass on Thursday claimed that the party would achieve “Mission 100” in the 2021 Assembly election while dismissing talks about any probable adverse impact of the statewide anti-Citizenship Amendment Act (CAA) protests on the party’s performance.

“I do not want to spell out how many seats we will win in 2021. But we will achieve our mission of BJP plus 100 plus,” Dass said during his first media interaction since the state slipped into a protest mode following the passage of the Citizenship Amendment Bill (CAB) in the Lok Sabha on December 9. By BJP plus, Dass meant the BJP and its alliance partners in the government.

Thousands from all walks of life in Assam have opposed CAA, which facilitates citizenship for religiously persecuted non-Muslim minorities from three neighbouring Islamic countries who had entered the country before December 31, 2014 even without valid documents.

When asked whether the ongoing protests would impact the 2021 Assembly election, Dass said, “Do you think 100 per cent people cast their votes in an election? We are in power getting just 36 per cent votes. We are in power to build the country, not for the sake of holding power. We have faith in the people of Assam.”

He claimed that many people, influenced by misinformation, have joined the anti-CAA protests. “I interacted with the protesters. They said they joined the protest not because they disliked the BJP but because of confusion about claims by some organisations that 1.3 crore Bangladeshi people would enter Assam because of CAA. They said they liked 99 per cent steps taken by the BJP,” he said.

When asked about the third political front hinted by the All Assam Students Union as an option against all political parties, Dass said, “Talks of third or fourth political front arise ahead of every election. We welcome them. But nothing will happen.”

Dass said a clear picture of the number of CAA beneficiaries would emerge after the Act’s rules are framed. “The Supreme Court has asked the government not to frame the rules till January 22 when it will hear the case. Once the rules are framed, a timeframe will be given for an eligible person to apply for citizenship. Only then will we get a clear picture of how many people will be benefited.” He said addressing the refugee problem is an old promise of the BJP.

Dass said everyone has the right to protest democratically, even wave black flags, but not to damage public property in the name of protest.

He also said organisations like the AASU had the right to protest against CAA but the Congress and the Left parties did not. “Taking advantage of the present situation, the Congress is now pretending to be a friend of the people. Actually, it is their enemy. It gave land patta to sar inhabitants, who are immigrants, and not to sapori inhabitants, who are the indigenous people,” he alleged. He claimed the Congress was scared because the BJP government had taken several steps for the benefit of the indigenous people.

The BJP will hold a rally at Khanapara here on Saturday to send the message that “the BJP has not done anything clandestinely or anything which can hurt the state”.