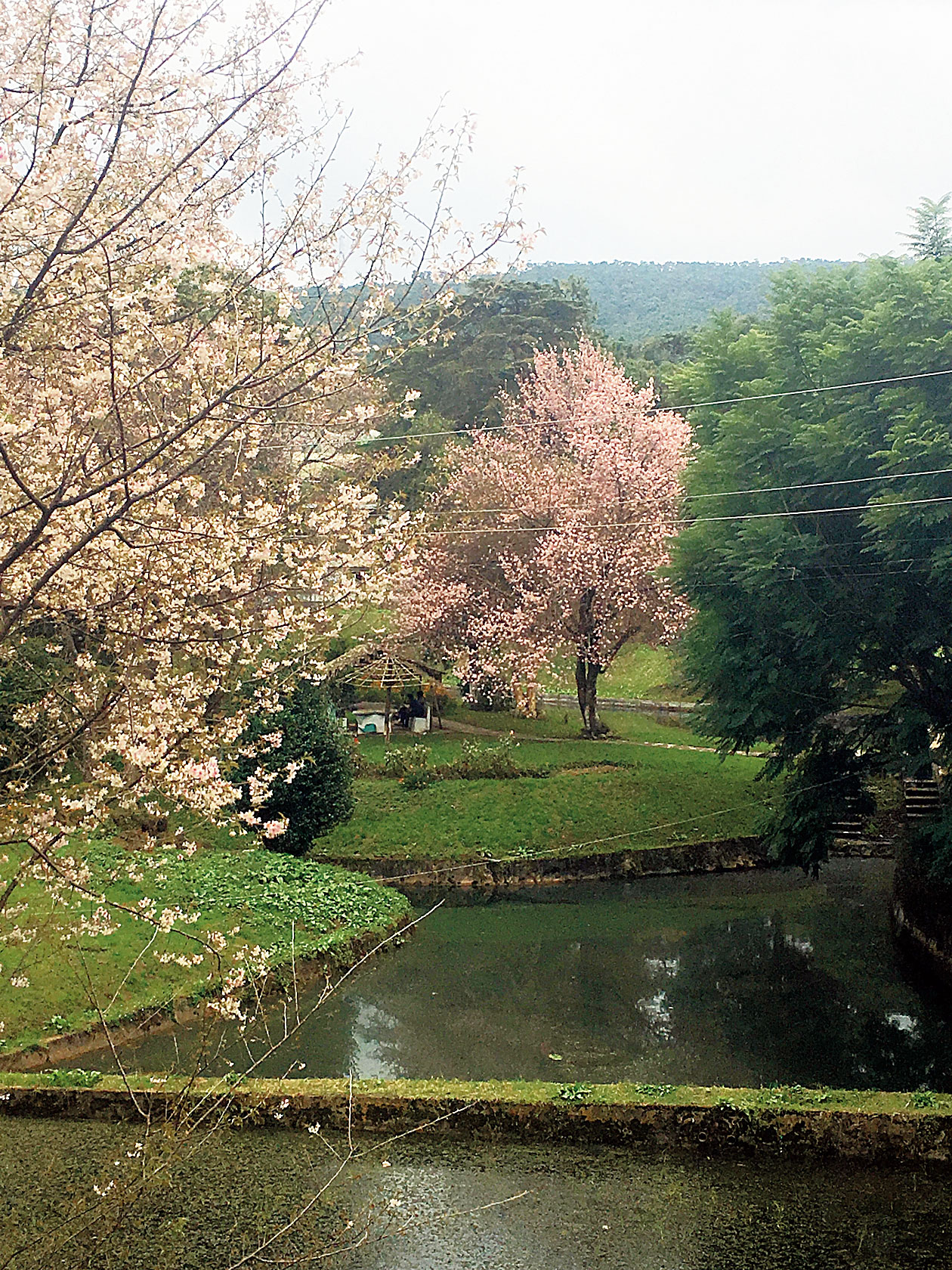 Meghalaya, unlike last year, is likely to be spared from the red blushes this year as the pink cherry blossoms have already started blooming in some parts of the capital and its outskirts.

Last year, organisers were left red-faced as the pink blossoms failed to bloom when the festival had started on November 8.

The festival’s first edition was in November 2016.

An official on Monday said a team of scientists and research scholars of the Institute of Bioresources and Sustainable Development (IBSD), led by IBSD director Dinabandhu Sahoo, has been travelling across the Khasi Hills to study the onset of flowering of the Himalayan cherry.

“This scientific delegation has reported that the cherry blossoms have already started blooming on some trees in the higher altitude hills of upper Shillong and also in Shillong, and these will be in full bloom by next week,” the official said.

However, most of the cherry trees in and around Shillong are now at the budding stage and the flowering is expected to start next week and the full bloom is expected during the festival dates, the official said.

According to Sahoo, who is also leading a research group on cherry blossoms in India, Japanese researchers from Tokyo University have shown keen interest in collaborating with IBSD and will visit Shillong during the festival.

The IBSD director also said cherry blossoms are an excellent indicator of not only the change of seasons but also of climate change. He referred to the recent unexpected blooming of cherry blossoms in Japan several months ahead of the usual blossoming in spring.

He said tourists who are in Khasi Hills can enjoy the full blossoms in several areas of upper Shillong.

The festival is being organised by the Meghalaya government’s forest and environment department and IBSD in collaboration with Indian Council for Cultural Relations.

The four-day festival will celebrate the unique autumn flowering of Himalayan cherry blossoms with several cultural events in Shillong. Events like fashion shows, rock concerts, a beauty pageant and even an amateur golf tournament will be held.

Alongside, there will be stalls showcasing the region’s food, wine and crafts, Japanese cultural events, a Japanese food pavilion and a higher education stall in partnership with the embassy of Japan in India.