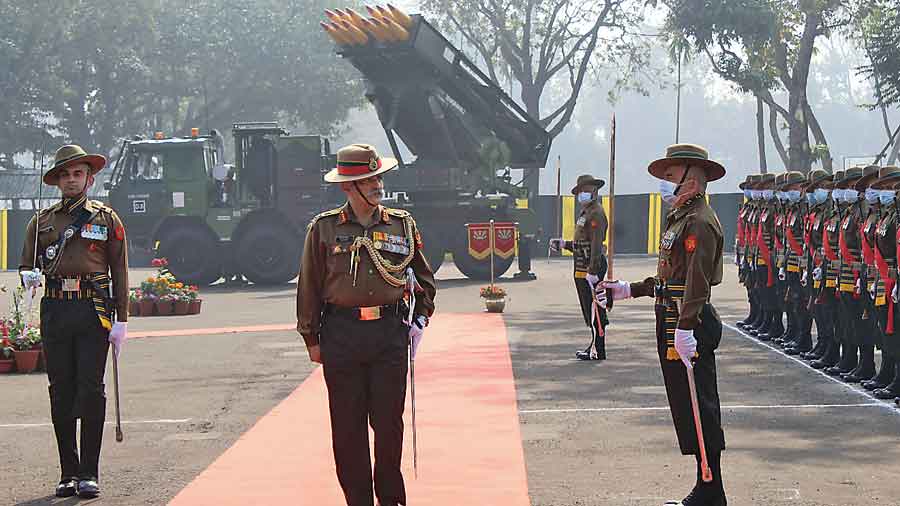 The Indian Army's Eastern Command chief on Monday said that the insurgent groups in Northeast India have lost their "ideological moorings" and are sustaining through extortion as well as arms and drugs smuggling.

General Officer Commanding-in-Chief of the Eastern Command, Lt Gen R P Kalita, also expressed concerns over the recruitment drive by the banned ULFA (Independent) outfit in Assam and appealed to the youths not to join the militant group.

Talking about the insurgency in Northeast India, Kalita said that the groups have lost their "ideological moorings and public support" and the minimal support they are getting is due to the fear of the gun.

People in the Northeast are looking for peace and participation in the democratic processes, he asserted.

"The insurgent groups are trying to sustain themselves by resorting to extortion along with arms and drugs smuggling. A time will come when they will join the mainstream," Kalita said.

When asked about reports of recruitment by ULFA(I) in the last one year, he said, "Yes, we have seen this and it is a concern for us. They have recruited people from both Upper and Lower Assam regions. These are mostly done through social media."

Kalita claimed that most of the youths joining the ULFA(I) have already had criminal backgrounds.

Asked about his understanding whether ULFA(I) chief Paresh Barua would join the talks with the Indian government, Kalita said, "My inference is, I think, no. In yesterday's interview with a local channel, he categorically said no to dialogue unless the sovereignty issue is discussed."

Regarding the Armed Forces (Special Powers) Act (AFSPA), the Army Commander said that after the law was withdrawn from various parts of the Northeast, some number of forces have been "de-inducted" and shifted to the northern areas.

"We would be happy to do our core function which is protecting the territorial integrity of the nation," he added.