'A fine upto Rs 3,000 is slapped on drivers for violating traffic rules' 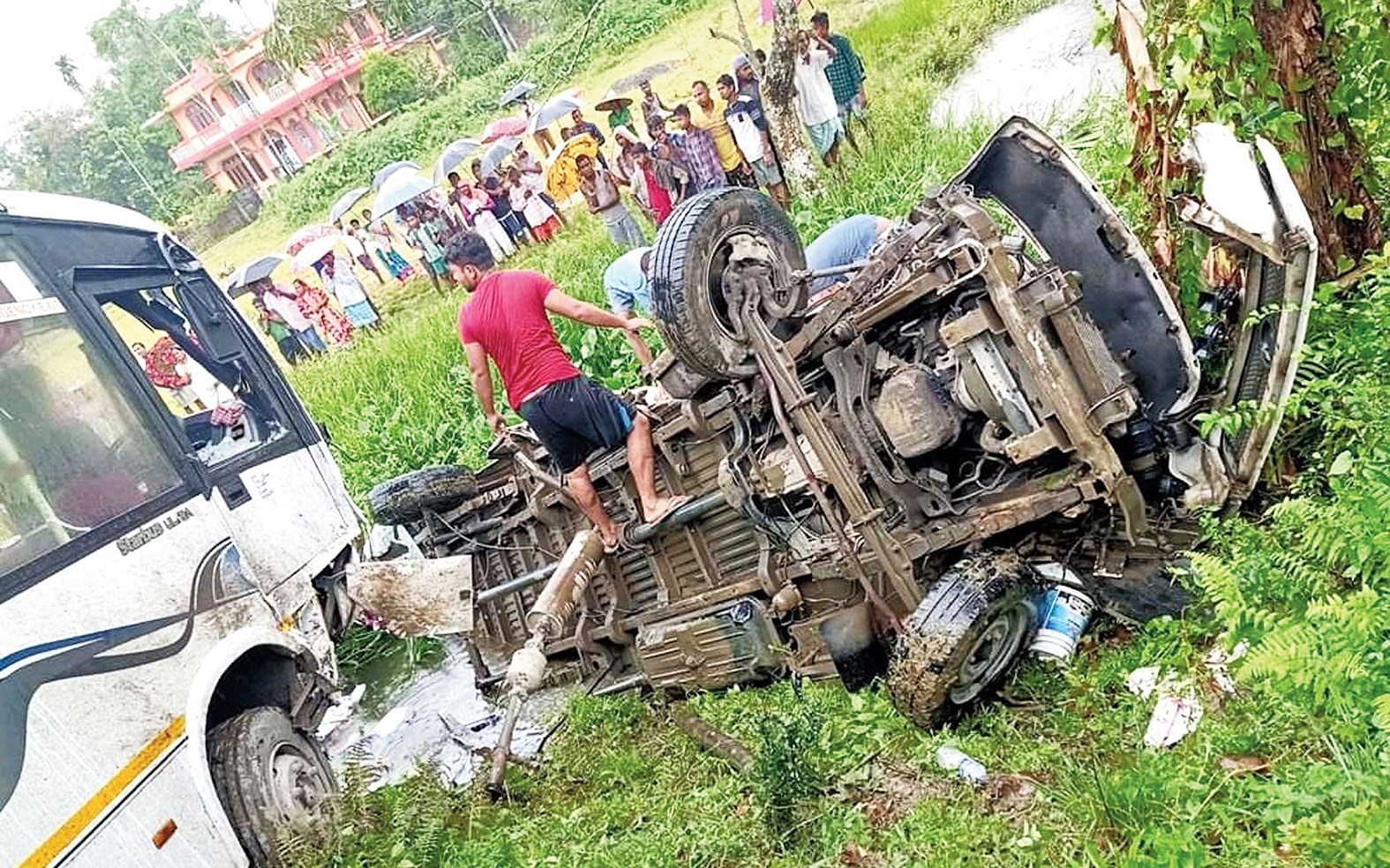 At least nine persons were killed and 12 injured when a Traveller and a bus, both overspeeding, collided head-on on National Highway 37 at Demow in Sivasagar district of Assam around 8.35am on Monday.

Police said the Jorhat-bound Traveller from Tinsukia had 25 passengers on board while the Dibrugarh-bound bus from Golaghat had around 45 passengers.

Residents said both the vehicles were travelling at a very high speed. The Traveller was smashed under the impact of the collision while the bus crashed into a roadside gorge. The police and locals had a tough time retrieving the bodies and the injured, all from the Traveller. No passenger of the bus died or was injured.

Passengers being rescued from the bus in Demow on Monday.
Picture by UB Photos

“Of the nine killed, seven have been identified with the help of their family members. The injured have been admitted to Assam Medical College and Hospital. The condition of two is serious,” Sivasagar additional superintendent of police Bolin Deori said.

The victims have been identified as the Traveller’s driver Biki Kalita and passengers Naren Bharali of Sukapha Nagar in Demow in Sivasagar district, Binay Baidya of Silapathar Railway Colony, Dhemaji district, Hiranya Jyoti Chetia, adviser of the Dhemaji unit of All Assam Students Union, Purna Kanta Sarmah, employee of Tinsukia Industrial Training Institute, Sourav Sarma of Bhotiapar in Sivasagar and Subrata Bora of Chiring gaon, Dibrugarh. Subrata was the only woman in the list of the dead.

Chief minister Sarbananda Sonowal tweeted: “I’m distressed by the news of the Demow accident. I offer my prayers for the departed souls and convey my deepest sympathy to the families of the deceased. I have directed the district administration to provide prompt and all necessary help to the injured.”

Sonowal directed transport commissioner Virendra Mittal to conduct an inquiry into the accident.

“A fine upto Rs 3,000 is slapped on drivers for violating traffic rules. We will seize the licences of the vehicles that cross speed limit on the highway,” a traffic inspector said.