Manipur gets ready for PM 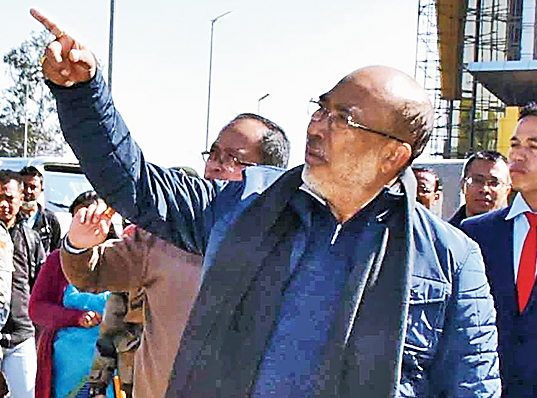 Prime Minister Narendra Modi will inaugurate and lay the foundation stones of not less than 10 projects during his visit to Manipur on Tuesday.

Chief minister N. Biren Singh said on Sunday after inspecting the construction of the civil secretariat Mantripukhri in Imphal East, “We are making preparations to receive the Prime Minister in a grand manner in at least four places,” he said.

Biren Singh also inspected the preparations at Hapta Kangjeibung in Imphal East, where the Prime Minister will address the public during his visit.

“The Prime Minister is visiting Manipur to celebrate the near completion of two years of the BJP-led government in the state,” Manipur BJP general secretary M. Nimbus told The Telegraph.

No leave, other than on medical grounds, will be granted between Monday and Friday in view of the Prime Minister’s visit, a general administration department order, released on Saturday, said.

Security measures have been beefed up in the state for the past few days.

Biren Singh said around 150 labourers are working at present and another 100 to 150 labourers would be engaged soon to speed up the construction work of the civil secretariat.

He said the government was trying its best to complete the work by February.

On the media reports regarding the allegations against recruitment in the Manipur Pollution Control Board, Biren Singh said the government would look into the matter and if any discrepancies were found in the said recruitment, it would not hesitate to cancel the appointment of various posts.