1500 Assam villages ‘lock’ themselves in 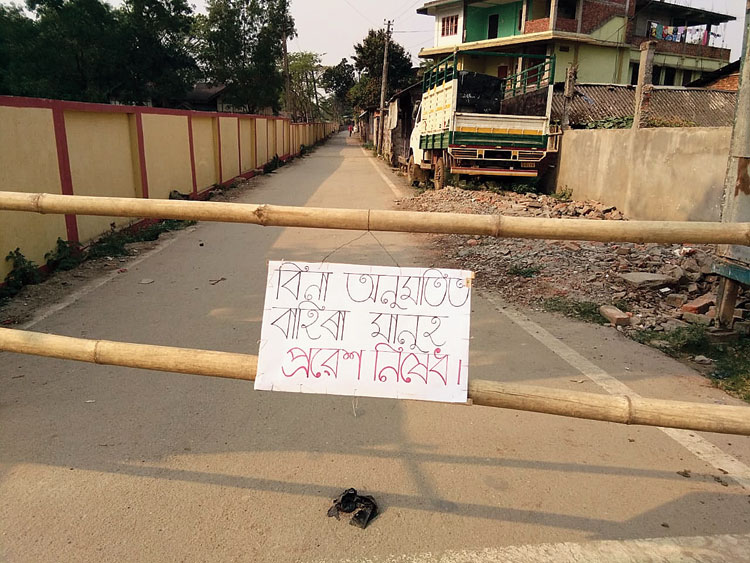 Villagers in Assam’s Morigaon district have isolated themselves by setting up bamboo fences and constructing temporary road/bylane blockades to prevent the entry of other people from surrounding villages, to prevent the spread of novel coronavirus.

This measure was strictly taken up since Wednesday after three persons from Morigaon district, who had attended the religious congregation in Nizamuddin in New Delhi, tested positive for Covid19.

“The barricades are only opened for the supply and delivery of gas cylinders, food and medicine,” Nekibur Rahman, a social activist from Jagiroad, told The Telegraph.

Twenty-eight people from Nagaon and 53 from Morigaon had visited New Delhi.

Some of them are still outside Assam. Both Nagaon and Morigaon are minority-dominated districts.

Villages of the affected trio — Senimari, Silbhangha and Ghunusa — have been sealed by the Morigaon administration.

Around 1,500 villages have been barricaded by the residents and only the main roads are accessible.

Local leaders claimed the attendees returned after March 16 and they were moving freely in their areas till they were picked up on March 31, after the first positive case was detected. Sixteen people have tested positive since then in Assam — and four in Delhi.

They also said the two districts were vulnerable to any health hazard because of the low literacy rate among a section of the community and lack of development.

“The Centre was very late in announcing the lockdown. If it had been announced in February, we would not have seen this day,” Rahman said. 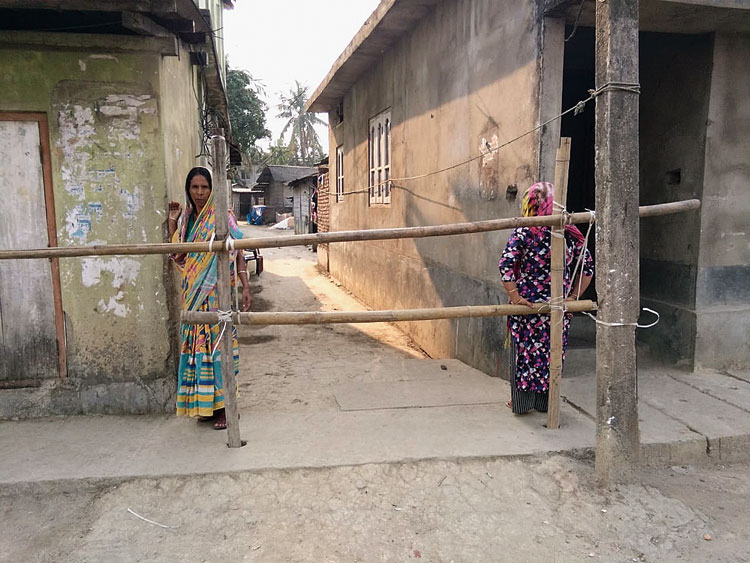 He said the attendees had left much earlier when the Citizenship Amendment Act (CAA) protests were being organised across the country, including Shaheen Bagh in New Delhi, and all returned before March 21, before announcement of the countrywide lockdown from March 24 midnight.

“The trio had not been stamped nor any notice pasted outside their residences to help other people identify them. The villagers would have then definitely maintained distance and reported to the police when they moved around,” Rahman said.

“We, as community workers, appeal to all our people to refrain from visiting any religious place or attend mass gathering. The health of the people must come first,” he added.

Morigaon superintendent of police Swapnaneel Deka said the three who tested positive are in quarantine at the Covid19 hospital in Sonapur and their family members are being tested.

He said the family members of the trio were shifted to the quarantine centre at Sarusajai stadium on Friday.

Villages/localities of eight affected persons have also been sealed in Golaghat district.

Locals are themselves putting up barricades to check entry of outsiders at several places in the state.

The Karimganj administraion has sealed Hasanpur village in Badarpur. The first Covid-19 patient of Assam is a resident of Hasanpur. The health department has started an extensive awareness drive in and around the village. Sources said all six family members of the patient tested negative. The condition of the patient is stable.

Following the first positive case in neighbouring Karimganj, the district administrations of Hailakandi and Cachar had sealed their borders with Karimganj to prevent the spread of the disease. All the border roads with Mizoram have also been sealed.