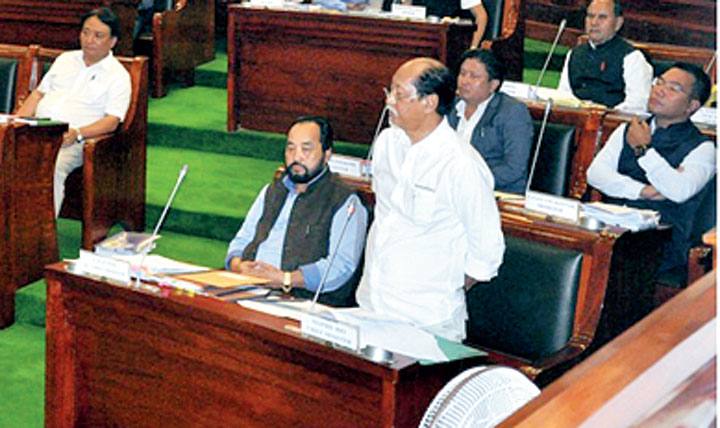 The Dimapur District Citizens’ Forum on Sunday appealed to the Nagaland government to immediately contact the governments of Tripura and Assam to provide safe passage to the people of the state stranded in Tripura to reach home at the earliest.

The forum, through a release issued by its media cell, made the appeal on learning that the people of the state who are stranded in Tripura wanted to return home but the Assam government has denied entry of vehicles from Tripura to Assam.

It also urged all the chief ministers and state governments of the northeastern states to have a better coordination and provide safe passage to all the inter-state travellers to reach their respective homes while maintaining all the rules of the national lockdown.

The Northern Angami Youth Organisation has alleged exemption of some citizens of Nagaland belonging to affluent families returning from other states, from compulsory quarantine at the government-prescribed institutions on the basis of their “influential status”.

The organisation’s president Roko Angami and general secretary Ruokuoneitso Kire, in a release, condemned such “biased actions” of the authorities. It urged the state government to seriously implement the rules laid down for the safety of all the citizens.

It alerted the youth organisations under its jurisdiction to disallow any traveller into their colonies or villages for home quarantine who has not undergone mandatory institutional quarantine.

The organisation also cautioned that it would take “grave actions” against the individuals as well as their families, who had violated the laid down rules in the event of any ill-fated situation or casualties resulting from their failure.