100 people arrested for their alleged involvement in the coal syndicate 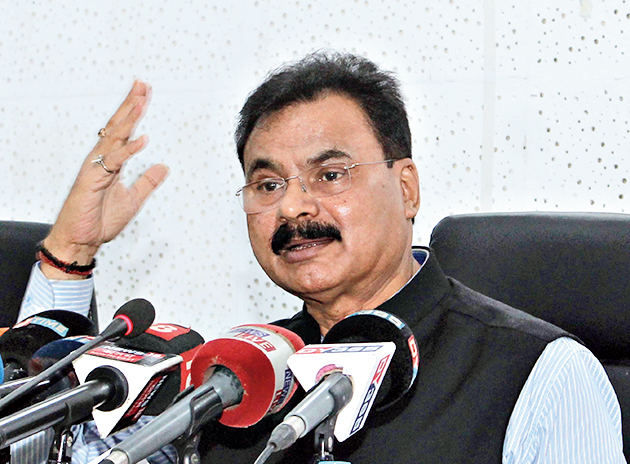 Assam cabinet minister Chandra Mohan Patowary on Monday said 100 people have been arrested for their alleged involvement in the coal syndicate and 55 for smuggling cattle to Bangladesh this year alone.

Patowary said the state government has cracked the whip on syndicates. “Altogether 300 coal-laden trucks were seized during the government crackdown on coal syndicates and 400 head of cattle have been seized while they were being smuggled to Bangladesh,” he said and claimed that there is no syndicate in the state as of today.

“Even on Saturday, Assam police arrested a cow smuggler named Safraj, who hails from Gopalganj district in Bihar and uses Hastinapur in Ninth Mile area in the city as his local address. He is being brought to the state. Cow smuggling flourished during the 15-year Congress rule. The BJP government has now finally cracked the whip,” Patowary said.

Patowary slammed Congress MP Pradyut Bordoloi for alleging that the coal syndicate in Margherita in Upper Assam is being controlled from the chief minister’s office.

Bordoloi, who had represented the Margherita Assembly constituency four times before contesting the 2019 Lok Sabha election from Nagaon constituency, on Sunday reportedly alleged before the media that the coal syndicate in Margherita is being controlled from Sarbananda Sonowal’s office.

“The allegation by Bordoloi is baseless, imaginary and motivated. It is a vain attempt to malign the clean image of the chief minister by a newly elected MP,” he said.

Patowary said as a strong measure against syndicates, Sonowal has formed a state-level monitoring committee making the deputy commissioners and superintendents of police responsible to report day-to-day actions and observations.